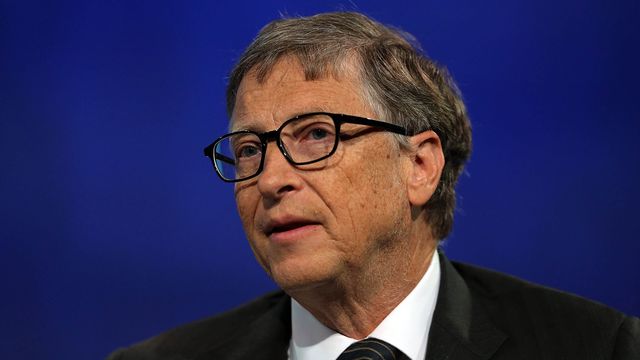 Bill Gates is usually the richest person in the world and when he is not, he is in the top three. It was recently reported that his net worth had reached $90 billion. That is so much money that a person would have to spend millions of dollars every day for years before they ran out of money. He stepped down as CEO of Microsoft eight years ago but his wealth has continued to break records.

Bill Gates stepped down as CEO to work with his foundation, which has donated $28 billion. He has three children, who will easily become some of the richest people in the world when he dies. But Bill Gates has revealed that they won’t be super rich after he dies because he won’t be leaving his fortune to them.

Bill Gates said this on an interview to This Morning, where he also mentioned that his three children will receive a small part of his fortune. A small part is still a lot of money but a high percentage of it will go to charity. In 2000, Bill Gates founded the Bill & Melinda Gates Foundation, which is currently the largest foundation in the world. Yesterday, the foundation donated $210 million to an initiative based at the University of Washington.

Bill Gates said his children support the decision. The three will only receive a small part of his fortune and the rest will go to charity. Last month, Bill Gates was the second richest person in the world after Amancio Ortega’s net worth increased to $78 billion. According to Forbes, Bill Gates currently has a net worth of $82.1 billion, which makes him the richest person in the world.