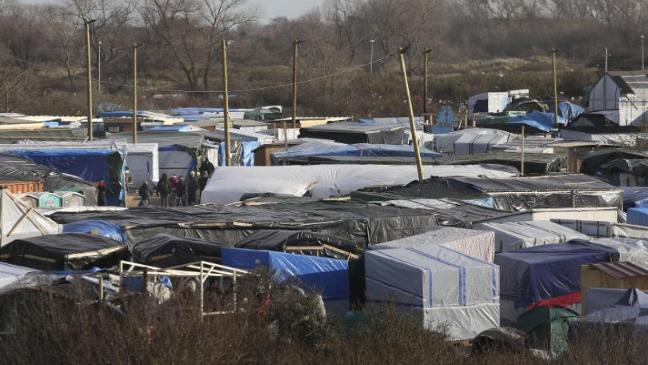 On Monday, French authorities began the evacuation of thousands of migrants and refugees from the Calais refugee camp. The evacuation of the camp will take some time as close to 1,600 of the estimated 10,000 people living there have taken a bus to centers across France.

Earlier today, 60 buses arrived to help take the migrants to centers across the country. 40 of the 60 have reportedly left the refugee camp and are on their way to the centers. Hundreds of migrants and refugees waited to take the buses after it was confirmed last month that the camp would be closed before the end of the year.

There are still thousands in the camp as only 1,600 have left since the evacuation began earlier today. The camp will be demolished after the migrants and refugees have left to the centers.

The thousands of migrants and refugees still in the camp could remain there for a few more hours as officials estimate that more than 2,000 will leave the camp today. In recent months, estimates have mentioned that there were 7,000 people living in the camp but other estimates say there could be nearly 10,000. Some of the people remained in the camp for months to get to the UK.

The migrants and refugees are being moved to seven regions in France. The country has prepared more than 400 centers to take in the thousands of migrants and refugees. The thousands still at the camp will have to move soon but there is some concern that some of them will try to stay. On Saturday, there were reports of clashes between police and people near the camp. The situation reportedly began when stones and bottles were thrown at police officers nearby. Officials are pleased with the evacuation process as there have been no problems so far.

Authorities are working to complete the evacuation process so the camp can be removed in the next few days. After the migrants and refugees have been taken to the centers, the camp will be demolished. Part of the camp was closed and removed earlier this year.According to recent estimates, the population of the Calais refugee camp was increasing every day as many more people continued to arrive. Reports of violence also increased in the camp.

The UK confirmed minutes ago that it had taken nearly 200 child refugees from the refugee camp. The Calais refugee camp had around 1,500 children living there before evacuations began earlier today.