What Happened to Ashanti – News & Updates 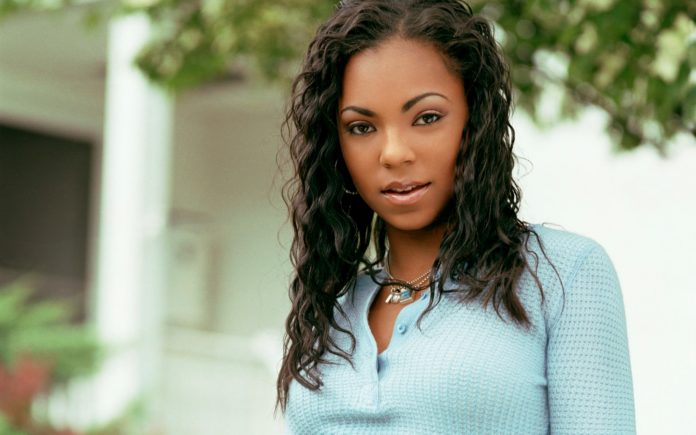 American singer-songwriter Ashanti became a star when she released her self-titled debut album in 2002.  Ashanti, who was named after the Ashanti Empire by her mother, grew up taking dance lessons and singing in the church choir. Having noticed her vocal talents, her parents eventually began to send out demo tapes to various recording companies; by the time Ashanti was in her teen years, she had began to write and compose her own songs. Singing throughout the years, she soon caught the attention of P. Diddy, the founder of Bad Boy Records; however despite a planned record deal signing, the plans would ultimately fall through. After a few failed attempts, the aspiring singer secured a recording contract with Murder Inc. towards the end of the 1990’s. Her first studio album, Ashanti was later released in 2002; a chart-topper, it would play a significant part in jumpstarting her music career.

Throughout the years, Ashanti has released eight albums and over twenty singlesーmany of which proved to be successful hits. Having grown immensely in popularity since her debut, the artist is considered by many to be one of the best pop singers in the country. As a professional singer, Ashanti has earned over thirty industry awards, including eight Billboard Music Awards, two American Music Awards, four Soul Train Music Awards and a Grammy Award. With the release of her debut album in 2002, she also set a  world record for being the female artist with the greatest amount of first week album sales, in the history of the US. In 2009, Ashanti was also included in E! Magazine’s list of “25 Sexiest Pop Stars.”

Besides being a recording artist, Ashanti is also an actress; in fact, she landed her first acting role on television at the tender age of twelve in the 1992 biographical film, Malcolm X. Some of her other early works include American Dreams (2002), Buffy the Vampire Slayers (2003), The Proud Family (2003), Coach Carter (2005), The Muppets’ Wizard of Oz (2005) and John Tucker Must Die (2005). In 2013, she even had a recurring supporting role in the romance series, Army Wives playing the part of Latasha Monclair. On top of appearing on the small screen as an actress, the dark skinned beauty has also graced many talk shows with her presence such as Live! with Kelly (2012), The Tonight Show with Jay Leno (2008), Good Day L.A. (2013) and The Dr. Oz Show (2015).

So what has the Grammy Award-winning musician been doing these past few years? Has she been recording or acting recently? What happened to Ashanti? Where is she now in 2018? 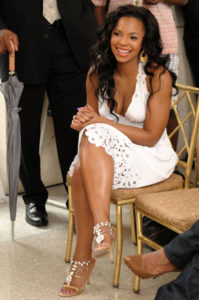 Born on October 13, 1980, in Glen Cove, New York, Ashanti Shequoiya Douglas is the daughter of Ken-Kaide Thomas Douglas and Tina Douglas, a former singer and dance teacher respectively; she has a younger sister named Kenashia. Growing up as a young girl, Ashanti took regular dancing lessons and was a part of the local church choir. Wanting to engage herself further with dance, she later enrolled at the Bernice Johnson Cultural Arts Center, where she studied jazz, tap, modern, hip hop and ballet. As a result, she performed and danced in various venues during her childhood, including at the Apollo Theater, the Avery Fisher Hall and Brooklyn Academy of Music.

When Ashanti was twelve years old, her mother noticed her musical talents when she overheard her singing a rendition of Reminisce by Mary J. Blige. Not long after that, she asked her daughter to record several demo tapes (at home since they couldn’t afford to go to the studio at the time) and eventually sent them out to various labels. As a teen, Ashanti was a student at Glen Clove High School; it was during that time that she first began to write her own songs. Carrying on with her singing, she participated in many talent shows held at local clubs and cafes over the next few years. At the age of sixteen, she crossed paths with P.Diddy, the founder of Bad Boy Records; impressed by her singing, plans were made for Ashanti to sign a recording deal with the company, however it ultimately fell through. After the failed record signing, other offers followed from Jive Records and Epic Records, but similar to what had happened earlier, both would also not work out for the aspiring singer. It wasn’t until she successfully signed with Murder Inc., that she came a recording artist officially. 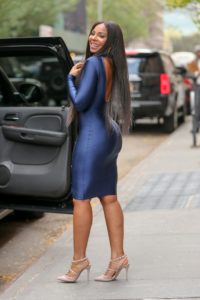 In the Spring of 2002, Ashanti released her first studio album, the eponymous Ashanti under the label. Recorded at the Crackhouse Studios over a period of a year, the album was created in collaboration with multiple producers such as Jared Thomas, Chink Santana, Irv Gotti and Reggie Wright. Having incorporated hip hop, R&B and urban sounds into its tracks, Ashanti entered the both the US Billboard 200 and the Top R&B and Hip Hop Charts at number one, and sold over 500,000 units during the first weekーthe largest amount that’s ever been achieved by a debut female singer. Positively received by critics, the album eventually earned the artist her first three Grammy Award Nominations for the categories of “Best Contemporary R&B Album”, “Best Female R&B Performance” and “Best New Artist.” Listed by Billboard Magazine as one of the “Top 200 Albums of the Decade”, Ashanti was immensely successful at launching the singer into celebrity status. As of December 2002, the album has been certified 3x Platinum by the RIAA.

Following the sensation that was Ashanti, the artist released her second studio album, Chapter II in July 2003. Another chart-topper, the album debuted at the top of the Billboard 200 Chart and quickly made over 326,000 sales within the first week. Boasting a track list of twenty songs, Chapter II later spawned three singles: Rock With U (Awww Baby), Breakup 2 Makeup and Rain on Me, all of which charted amongst the top ten. While it settled in at the number one on the American Charts, the album also peaked at number five on the UK Albums Chart, number five on the Canadian Chart and number nine on the Swiss Top Albums Chart. Having remained on the Billboard 200 for a stunning 30 weeks in a row, Chapter II has since sold 3 million copies across the world.

After a holiday record release later that year, Ashanti released her third studio album, Concrete Rose in December of 2004ーit was also the artist’s third Platinum certified album. Produced by her usual production crew, Concrete Rose consisted of seventeen tracks, including Take Me Tonight, Turn It Up, Don’t Leave Me Alone and Wonderful which featured Lloyd, Ja Rule, 7 Aurelius and R. Kelly respectively. Entering the charts at number seven, the album saw over 254,000 sales during the first week of releaseーan amount that while still impressive, was lower than what she’d achieved previously with her earlier efforts. Although Concrete Rose was met with mixed reviews from critics, it has since sold an excess of 1 million copies in the US.

The artist released her fourth full-length album entitled, The Declaration in June 2008. According to a statement by Ashanti herself, the singer had recorded fifty-two tracks for the album but had only ended up using fifteen on its track list in the end. Her last record with Murder Inc., it garnered mediocre reviews from critics, having been described as being “lukewarm” by critics. The Declaration settled in at number six on the Billboard 200 Chart shortly after its release and sold close to 86,000 copies during the first week; it eventually also peaked at number two on the US Top R&B and Hip Hop Albums Chart. It later went on to spawn four singles (e.g. Hey Baby (After the Club), The Way That I Love You, Body on Me and Good Good), the second of which later reached number two on the Hot Hip-Hop Songs Chart; the album has since sold over 297,000 copies in the country as of 2014. Ultimately lukewarm in success, it was Ashanti’s first album to not receive certification from the RIAA.

After forming her own independent label, Ashanti released her fifth studio album, BraveHeart in March 2014. Her first record since her departure from Murder Inc., the album was distributed globally by eOne Music. Upon being made available in stores, the album garnered much positive reception from critics, having been given a four out of five star rating from critics at AllMusic. Showcasing thirteen songs (a handful which featured various music artists such as French Montana, Jeremith, Rick Ross and Beenie Man), BraveHeart entered the US Billboard 200 at number ten and eventually sold over 28,000 copies throughout the countryーAshanti’s lowest to date. Despite its mediocre debut however, it later did manage to climb to the top of the US Independent Albums Chart and to the number fourth position on the Top R&B and Hip Hop Charts; in the UK, it also ranked at number twenty-nine and number forty on the R&B and Indie Albums Chart respectively. BraveHeart later spawned three singlesーNever Should Have, I Got It and Early in the Morning. 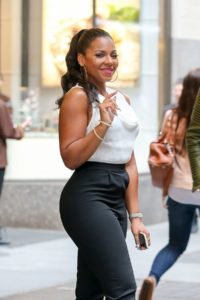 It’s no surprise that Ashanti has been dealing with a long-time stalker; Devar Hurd had been following the star around, sending her graphic texts and tweets for many yearsーsomething that has understandably unnerved her family. In a court hearing held in March 2016, Hurd was found guilty of felony stalking in a trial held in New York City. However the ruling isn’t the first for Hurd; he had been take to prison for similar charges back in 2013 when he was convicted for similar charges back in 2009. According to the official statement, Ashanti’s stalker will be sentenced on March 31, 2016 to a suspected ruling of up to four years behind bars. We’re just glad to know that the singer will finally be able to sleep well at night, knowing that the man who’s been following her around these past years is put where he belongs.

In terms of her music, the singer has announced that she does indeed have a sixth studio album lined up sometime in the near future. Although exact details regarding the release have not been revealed, Ashanti did share that the new album will not be entitled, “Chapter VI”, shutting down rumours that had mysteriously surfaced the past few months. According to the singer, over a dozen songs for the album have already been recorded, however things are undoubtedly still under work for the untitled album, which Ashtani is hopeful to release in stores by the end of 2016.

If you’re a fan and would like to stay up to date with the singer, you can do so by following Ashanti on social media. She’s an avid user of Twitter and regularly tweets under her handle @ashanti; or if you’d prefer, you can also catch her on Instagram under the same username, @ashanti. Don’t forget to also visit her official website at ashantithisisme.com!