What Happened to Evanescence – News & Updates 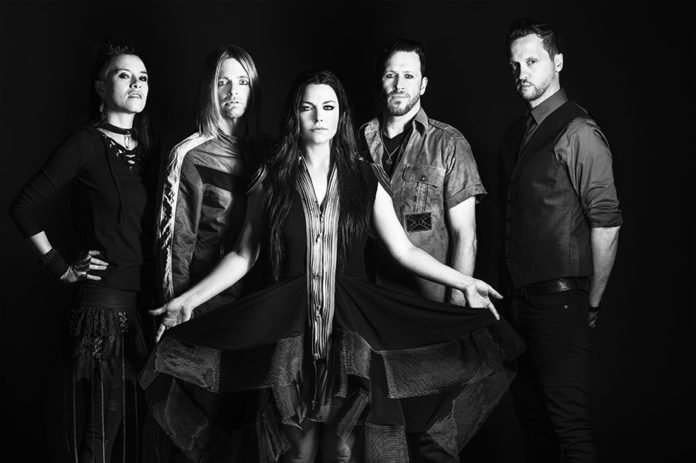 Evanescence is one of the rock bands that made waves during the early 2000s with highly-successful hits like “My Immortal” and “Bring Me to Life”. Now with three studio albums, numerous awards and accolades, and live performances, Evanescence still goes strong despite having changed band members.

You might be wondering where is the band now or what are they up to this year. Before we check out the latest regarding Evanescence, let’s take a look back at their rise to rock stardom.

The seeds of the band’s inception were sown in 1994 at the meeting of two musicians namely Ben Moody and Amy Lee in a youth camp. Lee and Moody discovered a mutual love for the same musical inspirations and decided two pen a few songs together. Some of these songs received airplay which raised public curiosity and increasing demands for a live show. Eventually they recruited other musicians into the fold and the band Evanescence was finally formed in Little Rock, Arkansas, deriving the name from the similar word that meant dissipation. 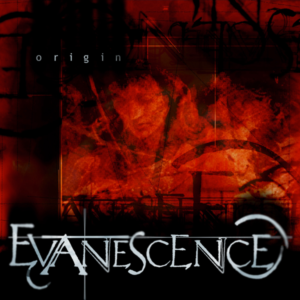 The band’s early works were extended plays that were released during the late 90s. Their first demo CD was released in 2000 titled Origin and only a limited number of copies were produced, making it a pricey collectible nowadays and a favorite target of opportunistic counterfeiters. One of the songs in the demo CD titled “My Immortal” caught the interest of Diana Meltzer, the co-owner of record label Wind-up Records, who then signed up Evanescence and moved them to Los Angeles, California. Meltzer arranged for the band to have their own rehearsal space and apartment while Lee was subjected to vocal and acting training.

Due to creative differences, keyboardist David Hodges left Evanescence in 2002.  The next year the band’s debut album Fallen was released, featuring new material and some of the songs from their earlier releases. The album gathered mixed reviews but performed well commercially as the singles “My Immortal” and “Bring Me to Life” were included in the soundtrack of superhero film Daredevil which helped propel sales. Due to some of the songs containing Christian themes, the record label nudged Evanescence towards Christian rock and the album actually ranked high on the genre’s charts. However the band clarified in a profanity-laced interview that they did not belong to the genre, leading to the removal of their songs from Christian radio stations and retailers.

Moody left the band in October while in the midst of their tour in support of Fallen. He revealed in an interview in 2010 that differences between him and Lee led to an “all-out war” between the two best friends. He was replaced by Terry Balsamo, the guitarist of metal band Cold.

Evanescence is on Fire

Evanescence enjoyed worldwide recognition with the success of Fallen, and they received two awards and two nominations during 2004’s 46th Grammy Awards. Before the year ended Evanescence released the compilation album Anywhere but Home containing the unreleased song “Missing”, and its DVD was packed with concert footage, behind the scenes, and a secret video hidden in the main menu. 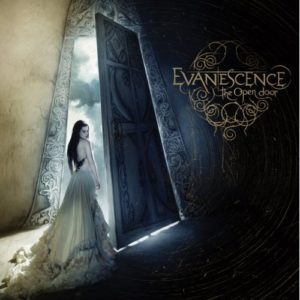 Before the release of their second album The Open Door in 2006, bassist Will Boyd said his goodbyes in July as he was getting tired of touring. In August the band found its new bassist with Tim McCord of Revolution Smile fame. Two months later The Open Door hit the shelves, again with lukewarm reviews but with an impressive commercial performance and was the band’s first album to hit the top spot of Billboard 200. The album was supposed to be released in March but was delayed due to numerous reasons. Its supporting tour started in October and roared through an entire year until its conclusion in December 2007.

Evanescence again underwent a change of band members in 2007. Drummer Rocky Gray left without informing Lee (she only found out about it through the other band members) and guitarist John LeCompt was axed. They were replaced by Will Hunt and Troy McLawhorn (from supergroup Dark New Day) respectively.

Work on the band’s third album was announced as early as 2009 and slated for release in the third quarter of 2010. However the release was delayed due to the group taking a short break from working on the album, plus sudden complications with the record label. They went back to the studio in 2011 and the eponymous album was released in October. Critics found the album a lot more favorable compared to the band’s earlier works. Evanescence suffered from a low number of first week sales but it did not stop the album from peaking in not just one but several Billboard charts.  Its supporting tour started  in August where they also played music from their last two albums and it ended on November 2012.

In 2012 Lee announced that Evanescence will be going on a hiatus after the tour for some well-deserved R&R and to determine the next step of the band. 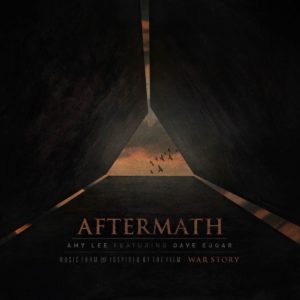 During this break Lee worked on some of her solo endeavors. She collaborated with composer Dave Eggar for the creation of the soundtrack album of the 2014 drama War Story. The album was titled Aftermath and critics praised Lee’s vocals in that work. It is Lee’s first solo album outside of Evanescence. Also on July 24, 2014, Lee gave birth to her first son Jack Lion Hartzler.

Lee and Wind-up Records locked horns in January 2014 when she filed a lawsuit against the record label. Lee claimed that the record label not only failed to pay royalties amounting to $1.5 million, but they also tried to undermine Evanescence’s career through the appointment of incompetent promotion executives who were lax in promoting the band. Two months later Lee announced in her Twitter account that she was no longer associated with Wind-up Records and Evanescence was now independent.

Let’s see what Evanescence did after their long break from music.

In August 2015 Terry Balsamo left Evanescence and was replaced by Jen Majura from the band Equilibrium. Evanescence returned to the stage in October with a string of concerts throughout the United States and with a performance at the annual tour Ozzfest held in Tokyo, Japan. 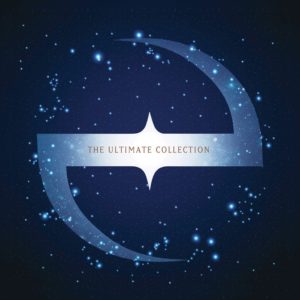 In an interview by the website Loudwire this October 03, Lee dropped hints that there will be something to look forward to from Evanescence sometime in the future. If it is about a fourth album then it looks like it will take some time to be released as Lee said that she wanted to work step by step. Last September they announced the upcoming The Ultimate Collection vinyl box set which will be released this November 18. The set contains all of Evanescence’s albums including the demo CD Origin and a new version of the single “Even in Death”.

On October 28 Evanescence will be performing at Dallas, Texas, followed by a visit to Oklahoma City, Oklahoma, on October 30. They will be back on Texas in November 01, 03, and 05 at Austin, San Antonio, and Houston respectively. On November 12 Evanescence will perform at the Kink Festival which will be held in Orlando, Florida. The next day they will be playing at Miami’s Filmore Beach. They will be ending November with two more performances, one in Montclair, New Jersey, and in Huntington, New York, in November 22 and 23 respectively.

Lee participated in a Reddit AMA (Ask Me Anything) last September 22 where she personally answered questions from the fans. She shared a lot of things including her favorite video game (Ocarina of Time), tea (Throat Coat), and Harry Potter character (Ron Weasley).