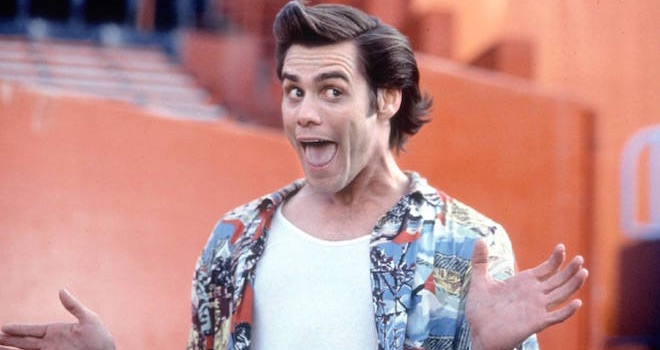 Jim Carrey is an actor who is well-known for his long line of comedy films that never failed to make millions around the world laugh. Aside from that he can also deliver impressive performances in serious roles. Jim Carrey’s name as an elite comedian was immortalized in his slew of films throughout the 90s while the next decade saw him engage in voiceover work and in different genres.

Lately he seems to have disappeared from the spotlight with only a few appearances on television and his name was not much seen in the posters of new films. You might be wondering what happened to Jim Carrey and where is he now in 2018. Well worry no further as we got you covered on the most recent updates regarding one of Hollywood’s best funnymen. But first let’s take a look back on his journey from being a stand-up comedian to an international star.

James Eugene Carrey was born on January 17, 1962, in the town of Newmarket, Ontario, Canada. Humor flowed in his veins at an early age as the young Carrey enjoyed making his family laugh through comedic routines. He sharpened his skills through celebrity impersonations and by holding “comedy shows” in the basement. Even Carrey’s teachers at junior high gave him the chance to tickle funnybones by giving him ten minutes to perform in front of the class before they went home.

In 1974 his family faced a financial problem when his father became unemployed, forcing the Carreys to relocate to Scarborough after selling the Newmarket house. Every member of the family was forced to take a job, and Carrey himself worked as a janitor for eight hours after school at the cost of his grades. Still he made good use of his talent in cheering up his mother who was bedridden. Things did not turn out for the better and the Carreys were eventually forced to live in a Volkswagen van.

Three years later Carrey performed onstage at the comedy club Yuk Yuk’s but his act was not well-received by the audience. Despite the failure Carrey persevered until he found regular gigs in comedy clubs all over Toronto, then later in Las Vegas. He dropped out of school and focused on his career while his family slowly crawled out of poverty. The reviews on Carrey’s work also started to become positive and famous comedians began to take notice, and soon enough Carrey became the opening act for their tours.

One of the clubs that Carrey worked in was The Comedy Store where he fell in love with one of the waitresses namely Melissa Womer. The two married in 1987 and had a daughter named Jane Erin. Unfortunately they went on their separate ways in 1995.

Jim Carrey in Film and TV

Carrey’s first experience in film was in an obscure 1983 comedy All in Good Taste where he appeared as a photographer. His debut as a lead came also in that year alongside Alan Thicke in Copper Mountain. Carrey then starred in the 13-episode 1984 series The Duck Factory. In 1988 Carrey starred with comedian Damon Wayans in Earth Girls Are Easy and the two became friends, leading to Carrey’s inclusion as a regular in the series In Living Color. Carrey stayed in the show for four years and portrayed a host of hilarious characters.

In 1994 Carrey starred in a trio of films that helped cement his name as synonymous with comedy namely Dumb and Dumber, Ace Ventura: Pet Detective, and The Mask. They were commercially successful and earned Carrey nominations ranging from the Golden Globes to the Razzies (the critics weren’t favorable with Ace Ventura). In 1996 Carrey married Lauren Holly, his love interest in Dumb and Dumber, but their relationship fizzled after eight months.

Carrey roared through the 90s with hits like Batman Forever, Liar Liar, The Cable Guy, Man on the Moon, and The Truman Show, with the last two films winning him a Best Actor award in the Golden Globe Awards. Before the decade ended, Carrey became romantically involved with Renee Zellweger in a short-lived relationship.

The 2000s saw Carrey appearing in critically acclaimed films like Eternal Sunshine of the Spotless Mind, I Love You Phillip Morris, and Lemory Snicket’s A Series of Unfortunate Events, plus commendable voiceover performance in Horton Hears a Who! and A Christmas Carol. He also had films that were not much favorable in the eyes of critics such as The Number 23, Bruce Almighty, and Mr. Popper’s Penguins.

In 2005 Carrey began dating actress Jenny McCarthy, although their relationship only became public the following year. The pair split in 2010 and remained good friends ever since. Also in 2005 Carrey founded the Better U Foundation which supports the System of Rice Intensification, an agricultural method that increases rice output. Through this foundation Carrey has visited countries like Madagascar and Congo, and has also made donations to help the needy

Carrey was among the founders of the Global Alliance for Transformational Entertainment (GATE) in 2009. It is a non-profit organization that rallies professionals in different spectrums to provide services and resources in an effort to transform media.

In 2014 Carrey only had one film namely Dumb and Dumber To and a short film Kids. Carrey did not have any films in 2015 and only appeared on television. He was a frequent in the comedy series Comedians in Cars Getting Coffee: Single Shot and was part of the 40th anniversary special of Saturday Night Live. He was cast in the movie special of the children’s show Yo Gabba Gabbba! as one of their Dancey Dance friends.

Also in 2014 Carrey was invited at the graduation ceremonies of the Maharishi University of Management where he gave a very inspiring commencement address. Afterwards he was given a Doctor of Fine Arts degree by the Board of Trustees. You can watch the full speech on YouTube, and trust me, it is incredibly rousing.

Carrey met makeup artist Cathriona White in 2012 and the two began dating. They did break up shortly but reconciled three years later. On September 2015 White was found dead at her home with a suicide note that made references to a breakup with Carrey during the same month. Carrey attended her funeral the following month and was among the pallbearers.

Carrey is slated to appear in two films this year. The first one is The Bad Batch alongside Jason Momoa and Keanu Reeves. The second one is True Crimes with Charlotte Gainsbourg. These two films are both thrillers so don’t expect to be tickled if you plan on watching them.

Carrey serves as the executive producer of the dramedy I’m Dying Up Here which tackles the stories of stand-up comedians during the 70s. Shooting will begin this fall in Los Angeles and will debut on cable network Showtime. Also he teamed up with director Eli Roth in working on a movie adaptation of Aleister Arcane, a horror comic. Carrey serves as both executive producer and lead character.