What is a Home Theater PC Network? 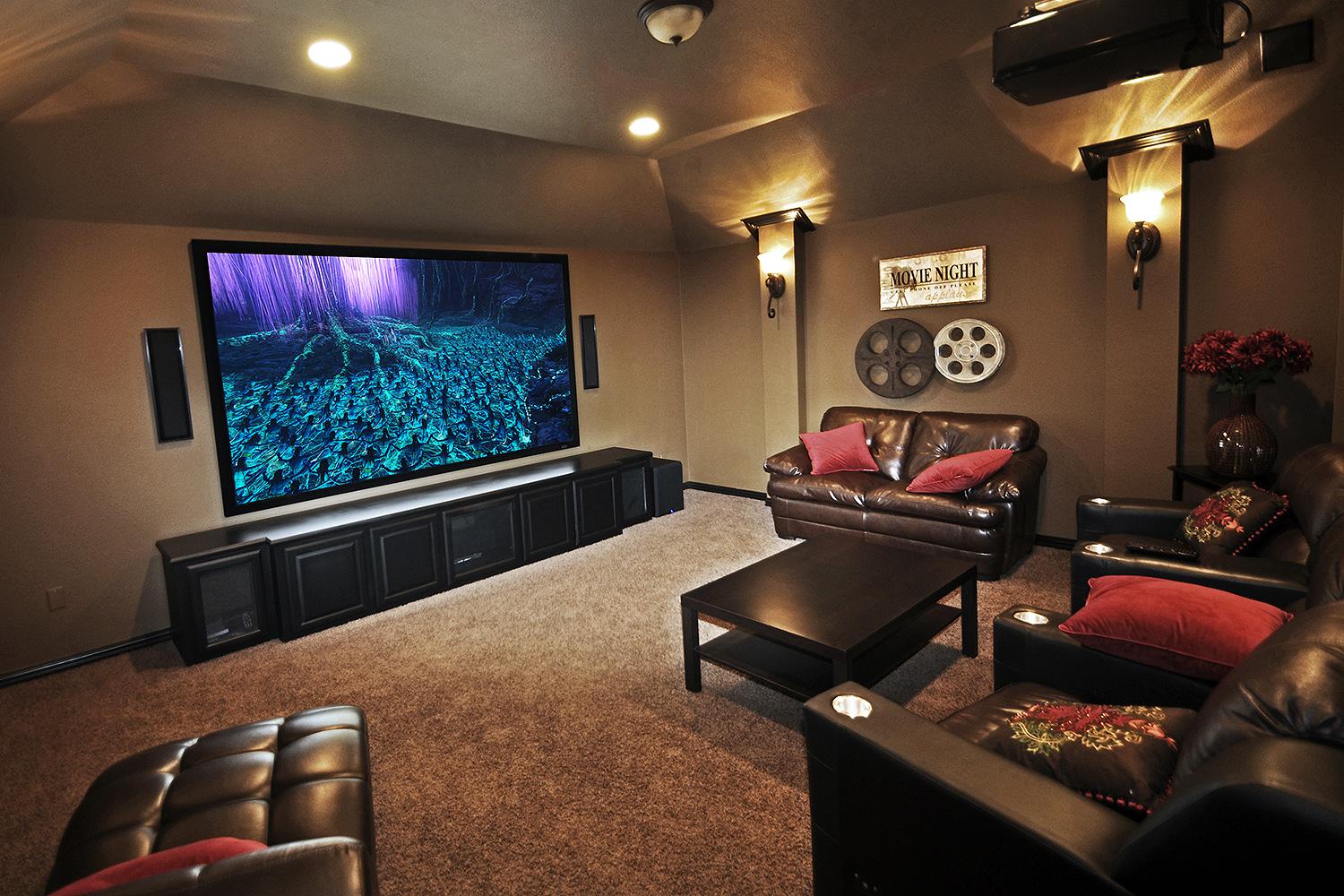 The Complexity of Home Theater PCs

As a tech enthusiast my whole life, I went to great lengths to ensure that my “man cave” is comfortable and stocked with a whole bunch of technology that serves many purposes; yet, the main one is to provide me with entertainment and relax me. In my man cave is a home theater PC, which may be a familiar phrase to some people. Home theater PCs can be considered a must-have for cord cutters and audio/visual media enthusiasts, or people who just want a really cool setup with a lot of possibilities.

However, before jumping into that, allow me to elaborate further on what a home theater PC is and why I believe everyone should have something similar in their home. A home theater PC is a setup or piece of technology that primarily centralizes either physical or digital media, typically including movies, songs, podcasts, games, or a whole lot more. Beyond that, the computer could be considered always on and even double as storage for a home security camera setup, control the lights, or even work as a server to host files

Audio and visual files have the good grace of being able to easily be converted or used in other formats, as well as easily being streamed and picked up on the network. I personally use the program KODI, which works wonders in connecting all your media together – I seriously recommend that anyone looking to stream their own content over the network would go with KODI, as this is the most versatile program out there. Audio and visual files with a low bitrate can be streamed to devices with almost no problem, but entering into the 1080p and even 4k realm of quality can start to give you some serious slowdown.

The most important thing to consider when using audio and visual files on a connected home theater PC setup is to take into consideration the size of the file, and the capabilities of the wireless adapter of the device you are streaming to; on a simple home theater PC that is connected straight to your TV, this will not be an issue. However, if you are streaming from your phone to your screen, then there may be some serious slowdown as the phone may not be able to wirelessly transmit the proper bit rate over the network – essentially, it cannot send information fast enough for a smooth viewing experience, which brings us to the lag and buffering that we all know and love.

Your method of bringing audio and visual files to a television screen or device will require a screen and the file source. The screen is obvious; a phone, tablet, or television/smart television will work. You need something in order for the media to be viewed upon and used – basically, what are you going to use to watch or listen? The bigger problem is the media source, which can be complicated and discourage some people. There is a variety of ways to do source your files, such as hosting them off a computer, hosting them over the network, hosting them off a connected hard drive, or even relying on a cloud or outside source to stream (not recommended as this can eat away at your data cap in no time.)

For an audio and visual novice, I would seriously recommend checking out the Amazon Fire TV series of products; start with the simple TV stick, which is available for around $34.99 to $39.99, to understand how a connected home theater setup works. Should you find yourself yearning for more power, upgrade to the Amazon Fire TV; Amazon has the greatest amount of support for their products, and this seems to be the most cost-effective method of getting a smart setup. While not exactly considered a personal computer, Android boxes are most definitely a computer and would fall under the category of contributing to a home theater PC network.

Okay, no more fun and games – it’s time to go to work. Though, what do you do if you are like me and work from a home office? You might want a more secure place to backup your files or to have a home server. Home theater PCs can store not only media, but a variety of other files, as well – I personally have some tax documents and other important information on a flash drive connected to my own personal home theater PC.

The beauty in a home theater PC network setup is that there are no definitive guidelines, and you can design it how you will (assuming that you have the understanding and know-how, or a friend who does). What I personally have done is disconnected my home theater PC from the internet entirely, but have connected it to my personal home network; this allows for me to stream media from my computer and store information on the home theater PC, all while keeping some of my sensitive documents in a really well-hidden location. The home theater PC can also double as a vault or a safe of sorts, as probing hackers would ever rarely poke into something that might contain a thousand and one episodes of Pawn Stars.

You can use your home theater PC as a diversion to store important, sensitive documents and even to hide things – although beware, should someone make it onto your home network, they will be able to easily connect and see what is going on in there. This is why I recommend a network bridge, which allows for the PC to piggyback off my computer’s connection should I feel the urge to watch Netflix or Hulu.

Perhaps the most fun of the three topics, gaming is indeed used to play video games. There are also Android version of old tabletop classics, such as Monopoly and The Game of Life, even. Gaming is the least difficult to understand of the three, but can also be the easiest or hardest to set up, depending on what you are trying to do. Depending on the operating system of the device connected to a screen, you may be limited to some games – this is why I have continually used the “home theater PC” terminology, despite reinforcing that you do not actually need a Windows-running computer to get a setup. However, connecting a computer with Windows and designating it to be your home theater center typically simplifies a lot of issues and keeps you within a comfort zone.

Fortunately, Android is now powerful enough to run up through the 5th generation of consoles – I myself play Playstation (original) and Nintendo 64 games on both my smartphone and my Amazon Fire TV, and am shocked that the games work without much issue. However, do keep in mind the legality of emulating – if you want to download a game to use on an emulator, you must own a copy of it, otherwise it must be deleted within 24 hours. For those looking to just hook up an emulator-box, there does not need to be much more work.

However, for those enthusiasts who might want to play some of the newer, high-quality games that support controllers, going with another setup other than an Android set-top box is recommended. For those looking to get into heavy games or who want to use a controller (although the Fire TV does have wide controller support, the hardware itself is not as strong as other solutions), the Steam Link would be my personal recommendation; the Steam Link is the first of its kind, in my research and knowledge. The Steam Link, created by Valve, piggybacks on your home network to connect to a computer that is running the Steam program. This allows it to “grab” the screen and display it on the television; unfortunately, the wireless technology is not powerful enough for there not to be a delay. Should you find yourself desiring a smooth experience, a wired solution is recommended – run an Ethernet cable from the Steam Link to a switch or router to the computer that houses Steam.

Of course, the gaming solution can be remedied by just dedicating a computer towards a screen – this is, by far, the most expensive solution.