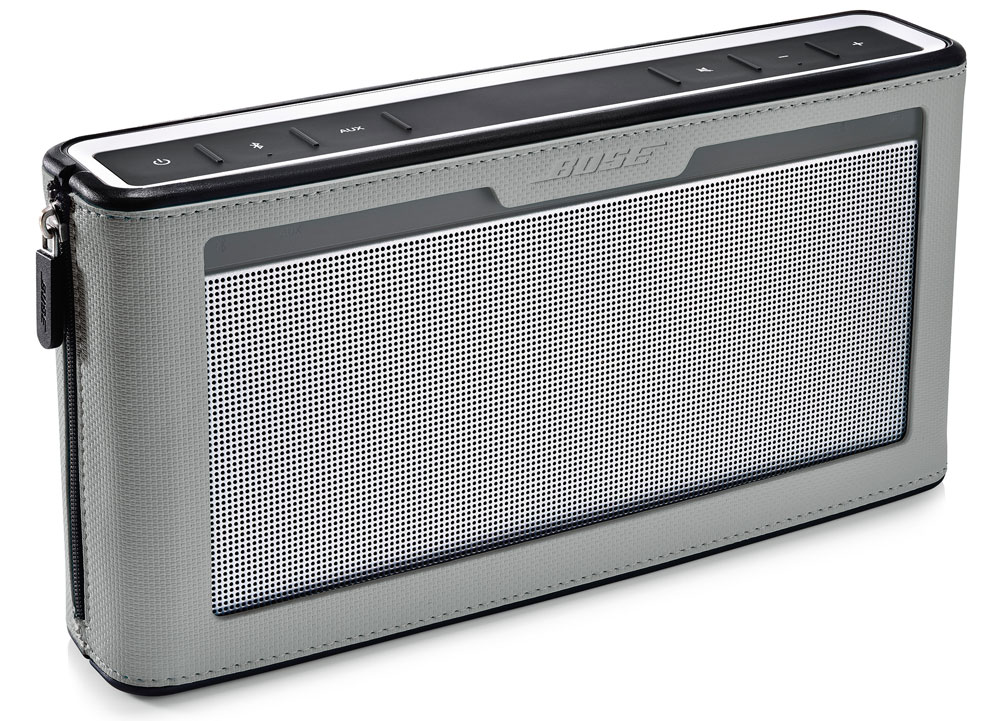 The Logitech UE Boom Speakers are an interesting speaker, boasting the “Ultimate Ears” tag to its name. The UE Boom includes a USB wall charger, a micro USB charger, the manual, and a rubber stopper to help with water resistance. Regarding the styles, there are 6 different colors – pink, white, green, blue, red, and black. The circular design, in combination with the rugged feeling of the speaker, makes it very easy to grip and hold and great to literally grab-n-go, like Bluetooth speakers usually advertise. The exterior is actually coated in a sort of plasma, while the control panel on the front of the UE boom is a treated silicon. The control panel has an up button and a down button directly on the panel.

If you push both buttons, you can hear it say the percentage of battery life. At the top are the power and bluetooth pairing buttons, and at the bottom is a D ring which allows it to be hung (and when unscrewed, allows an appropriate mount to be attached to the speaker), and ports to equip it with a 3.5mm auxiliary jack (not included), and the micro USB charging port. The UE boom is advertised as water, dust, and stain resistant, and the included rubber attachment stops water from getting into any of the ports. The UE Boom does include a microphone, allowing for it to be used to make calls, but the call quality can be a bit muffled.

The UE Boom also has an included application, which allows for the equalizer to be controlled from your cell phone (on top of the next track, previous track, and volume controls), and even includes an alarm clock. One noteworthy function of the application is the ability to pair two UE Boom speakers, and pair them to dedicate one as a left speaker and the other as a right speaker, creating a better sound experience, especially with the 360 cylindrical shape of the UE Boom. The UE Boom can be free-standing or lie down, and due to its design, delivers great sound in a 360 degree radius. The Logitech UE Boom launched and is available at $199, and includes a “MEGABOOM” upgrade for $100 more ($299).

The Bose Soundlink Mini is a great, sleek bluetooth-powered speaker. The Soundlink Mini has a metal housing, and is fairly sturdy and durable.. At the top of it is the control panel, while on the side are two ports; an auxiliary port for 3.5mm devices, and a proprietary charging port. That’s possibly one of the greatest issues with the Soundlink Mini is the lack of a micro-USB charger. However, the Soundlink Mini does include a desktop cradle that allows for a user to simply set the speaker down in the cradle, where it can not only charge but also still perform (it does have a passthrough, allowing it to play while charging). The included cradle does not rely on the proprietary charger, so the Soundlink Mini technically includes two chargers, making up for the lack of convenience of a micro USB port. On the back is a micro USB port, which is used for firmware upgrades – it’s not powered or connected to the battery. 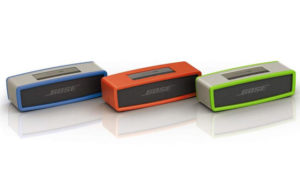 On the top of the Soundlink Mini, the control panel houses power, mute, volume increase and decrease, a Bluetooth pairing button, and an Auxiliary button (to switch between inputs). The Soundlink Mini remembers up to 6 devices. Unfortunately, the Soundlink Mini does not include housing, and first-party housing directly from Bose can run up to $20 for protective silicon, or even up to $50 for a carrying case. There is no included microphone with the Soundlink Mini. The Soundlink Mini also has the legacy of Bose’s sound behind it, and will sound great for the price. The Bose Soundlink Mini was launched at $199 MSRP, but now can be found for around $160.

If you’re investing $160 into a Soundlink Mini, you should strongly consider spending the extra $40 and getting a UE Boom instead. The Soundlink Mini is more appropriate for a home theater-type setup (even then, the UE Boom has the pairing function for allowing a stereo effect with a left AND right speaker), while the UE Boom might be the pinnacle of what all bluetooth speakers should be.