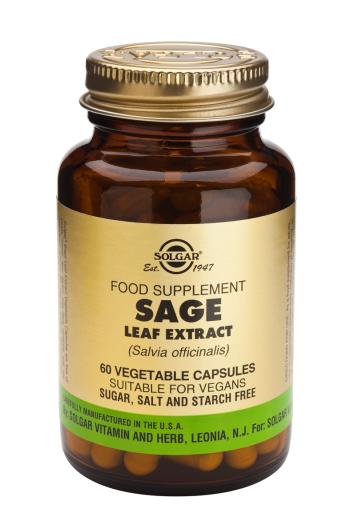 Bloating, flatulence, and other related discomforts in the digestive system are not only unpleasant but also embarrassing whenever the urge to pass gas can no longer be stopped, especially in public.

Beano is a type of supplement that is made to inhibit gas formation and its associated conditions. Available in different variants which are all designed to facilitate breaking down of carbohydrates for easier digestion, Beano products are entirely safe with no recorded side effects in use.

However, for those who prefer to alleviate their stomach problems the natural way, there are many alternatives to Beano that work just as effectively and even render other benefits that do good on the entire body.

Always seek the advice of a medical professional prior to choosing an alternative to avoid unwanted complications or side effects:

These herbs inhibit the formation of gas and ease its expulsion. There are more than a dozen of these herbs, and here are a few:

Caraway: Superstitious beliefs attributed caraway’s powers in preventing both theft and the dwindling of romantic feelings. Nowadays it is used to relieve medical problems related to digestion, phlegm, and to help induce menstruation in women. For bloating and flatulence, caraway provides relief by boiling a teaspoon of its seeds for ten minutes. Prior to eating a meal, drink the water after straining the seeds. Another way of taking caraway seeds is by adding them to dishes or directly eating cooked seeds as a snack. 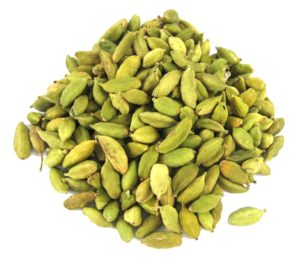 Cardamom: The spicy herb that is a staple in Indian and Nepalese cuisine not only remedies bloating and flatulence but also enhances the absorption of nutrients and blood flow, and fights halitosis and chronic pain. It also acts as an antioxidant that eliminates toxins in the digestive system. Cardamom seeds can be boiled as a tea, or added in meals and soups as a spice in combination with other carminatives.

Coriander: The seeds of coriander are used to cure problems in digestion as it helps the passage of food through the digestive tract. Coriander is also a good source of fiber which is especially helpful in alleviating gastrointestinal ills. Aside from boiling for tea, the seeds can also be crushed until it becomes powder then added to dishes as a flavor enhancer. Certain snack dips and sauce recipes include coriander, which is another ideal way to make use of the herb and its seeds.

Fennel: A sweet and crunchy addition to many Italian and Mediterranean dishes. Fennel is noted for having antioxidant phytonutrients and vitamin C that prevent inflammation, and fiber and potassium for stomach problems. Boil a half teaspoon of its seeds in a cup of water for up to 15 minutes. Its tea form is the most ideal way of utilizing fennel for flatulence. Alternatively it can be sprinkled over vegetable dishes and dips, especially on food that can trigger excessive gas accumulation.

Fenugreek: Fenugreek seeds are regarded as one of the best remedies for flatulence. Daily consumption of roasted seeds, mixed with dill seeds, is enough to stop the occurrence of gas-related problems. The seeds can also be fried and mixed with butter as an alternative way of serving it. Five grams are the suggested daily intake amount to reap its benefits for the stomach. 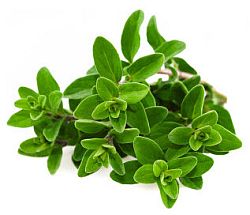 Marjoram: Also known as knotted marjoram and sweet marjoram, this sweet and somewhat spicy herb has a pleasant aroma and flavor, and high levels of vitamins A and C, minerals, and phytonutrients. Marjoram essential oil and tea are the two popular ways this herb is utilized for flatulence, indigestion, and other related problems in the stomach.

Rosemary: Prized for being an effective culinary ingredient and a natural medicine, rosemary became widely popular with its alleged ability to improve memory, and this was eventually supported by promising results in Alzheimer’s patients who took the herb. Available in tea and oil forms, and occasionally included in dishes, rosemary has been considered as an effective and safe treatment for gastric disorders.

Peppermint: Peppermint tea is usually served to remedy inflammation, improve the digestive process, and bring about a relaxing feeling to both the mind and body due to its menthol content. Its analgesic, antispasmodic, and relaxant properties reduce stomach pain associated with excessive gas, cramps, and indigestion. Three cups a day are the recommended daily intake for stomach issues. Peppermint leaves are widely available in many health stores, and is also available as an essential oil.

Sage: Herbalists throughout history lauded the medicinal benefits of sage, and the ancient Chinese utilized this herb for the treatment of flatulence and digestive problems. It is known as a potent antioxidant with antimicrobial, anti-inflammatory, diuretic, expectorant, and stimulant properties. A cup of sage tea brings all of its healthy package into the body in a warm and calming stream. Another way is to boil sage leaves in a pan to be used as a warm compress with a clean towel, directly applied to the stomach and its surrounding areas. 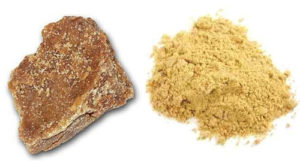 The Ferula herb, native to Afghanistan and Iran, contains the dried latex asafoetida which is extracted when the plants reach five years of age. Due to its malodorous scent, asafoetida was known by many names such as stinking gum, asant, and Devil’s dung. Despite its scent, the extract was used as a flavor enhancer back in ancient Rome and as condiment in Iran and India due to its ability to render a pungent taste. A study published in 2012 at Pharmacognosy Reviews revealed asafoetida’s use in treating asthma, whooping cough, ulcers, amenorrhea, and many other conditions in a wide range of cultures. Its anti-flatulent property comes into play when included in dishes that trigger the said condition. A pinch of asafoetida can also be mixed with a pinch of rock salt and half a teaspoon of ginger powder into a cup with hot water as a tea which, when regularly drank, minimizes the occurrence of flatulence.

A common ingredient in baking, cooking, and as flavor in candy and certain hygienic products. Cinnamon is mentioned in ancient Chinese medicine as movers of energy, or qi, when they are stuck in different parts of the body especially in the abdomen. Cinnamon kills bacteria that reside in the gastrointestinal tract, thus fighting off an assortment of conditions caused by the said bacteria, along with bloating and related stomach discomforts. A teaspoon of dried cinnamon bark is enough to be boiled into a tea and served for up to two cups. Small amounts are enough for gastric relief, while larger servings make the stomach warm and induce an effect similar to laxatives.

A well-known rhizome and a kitchen staple with a host of health benefits that made it one of the most popular herbal remedies in history. Its content of phenolic compounds, such as gingerol, play a huge part in keeping the digestive tract healthy. Ginger is also a relaxant that relieves trapped intestinal gas, calms the stomach, and eases food passage to prevent complications. Adding fresh cuts of ginger to dishes, brewing it into tea, or even chewing on raw pieces are but some of the ways on how to make use of the spice for remedying flatulence.

Ayurveda is the medical system of ancient India that takes note of different herbs and spices with incredibly beneficial effects. Turmeric is among those that are part of the list, earning it the moniker “golden spice”. Turmeric contains an antioxidant called “curcumin”, the agent that is responsible for its healthy properties and flavor. Often included in Asian cuisine such as curry, turmeric is also used in Western dishes like deviled eggs and in some dips for snacks. The antioxidants present in turmeric protect the body from free radicals that cause a great number of disorders, and its capability of heating the body as a spice work wonders in relieving flatulence. To take advantage of its benefits, consume dishes that contain turmeric, or mix turmeric powder with salt in a cup of warm water which must be drank every day. If taste is not an issue, a raw piece of turmeric can be directly eaten for gastric relief.

Aside from being a regular Halloween decor and a staple in Thanksgiving, pumpkins are added as an ingredient in other dishes, baked, steamed, or made into soup. Pumpkin’s versatility allows a wide selection of ways for preparation and consumption. Rich in vitamins, minerals, and nutrients, pumpkin also has a good amount of fiber that aids in digestion, and brings relief to the stomach and intestines by preventing excessive gas formation even before it triggers. A mashed steamed pumpkin makes an excellent snack and provides all the goodness and benefits of the fruit. 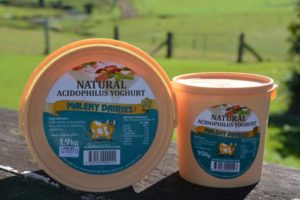 A healthy and tasty snack, yogurt is rich in calcium, protein, riboflavin, and vitamins A, C, D, E, and K. For flatulence and stomach discomfort, yogurt that contains lactobacillus acidophilus is the most effective among all other yogurts. This is because of its creation of lactic acid and other substances by breaking down food, and these said substances contribute to the formation of an environment that enhances the functions of the stomach while making it unsuitable for harmful bacteria. Look at the ingredients listing on the yogurt for the presence of l. acidophilus for optimum gastrointestinal health and relief.

Aside from taking herbs and other alternatives, flatulence can be minimized by making a couple of lifestyle changes:

Drink plenty of water and minimize intake of carbonated or sugary drinks. Fructose, a variant of sugar, is found to be a trigger of flatulence.

Chew food slowly to avoid swallowing too much air which eventually leads to gas buildup.

Stop habits that cause excessive air swallowing such as chewing gum, smoking, and sucking on candy or pens.

Certain foods are hard for the body to digest. Bacteria in the colon breaks down these undigested meals, leading to gas and flatulence. These include artichokes, beans, cabbages, lentils, prunes, raisins, and Brussels sprouts.