Rags to Raches Update – What Happened After Shark Tank 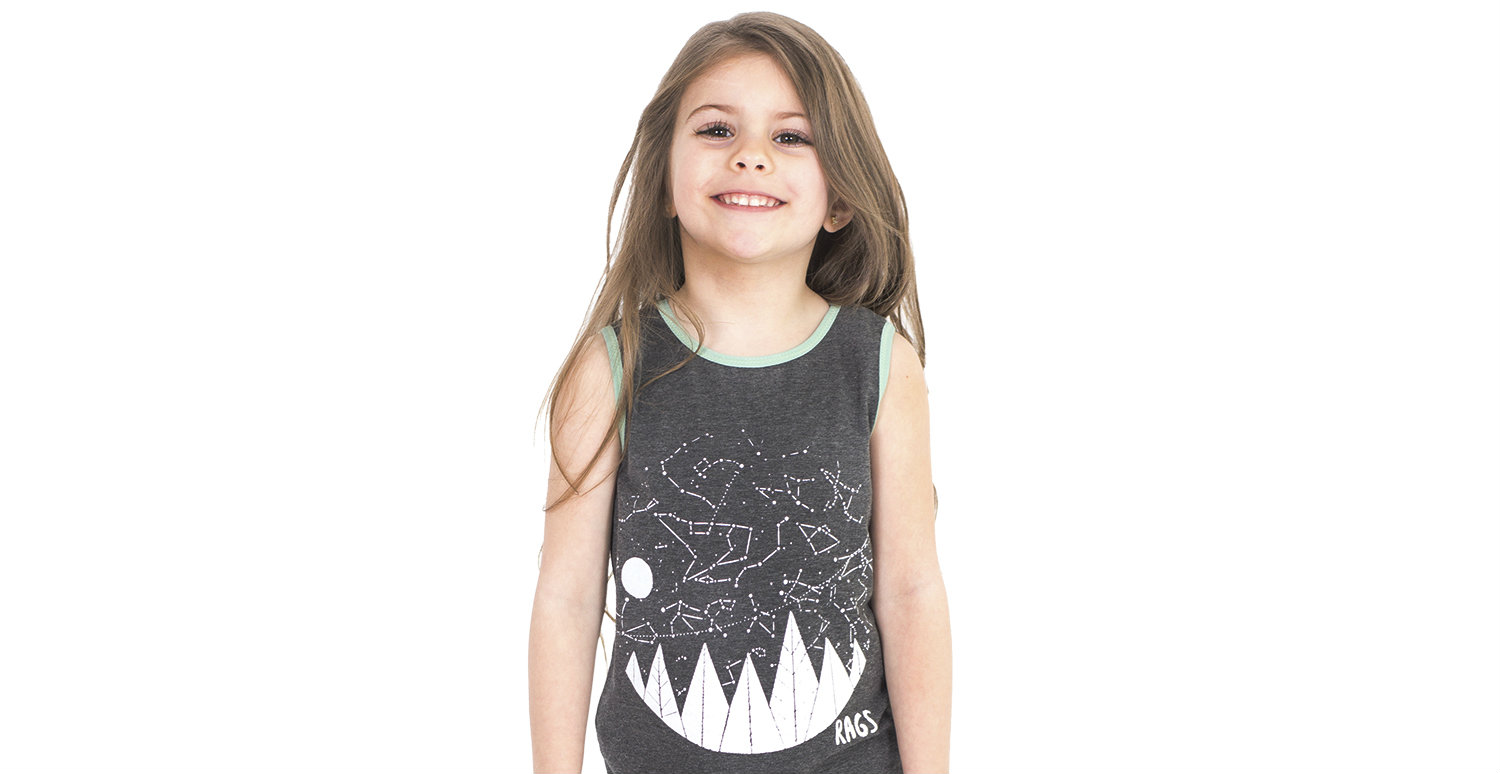 Rags to Raches Before Shark Tank

According to the Rags to Raches ‘About Us’ section, their business name is very appropriate. In 2014, Rachel Nilsson’s husband was finishing up grad school and losing his student loan. The pair was barely scraping by, and Rachel knew that she had to do something. She ended up selling her children’s hand-me-downs, a combination of store bought and handmade clothing. Rachel quickly noticed that the handmade items were the quickest to sell, and she started designing new rompers for sale in her parent’s basement. Would the Sharks bite on this handmade clothing business? Let’s take a look.

Rags to Raches on Shark Tank 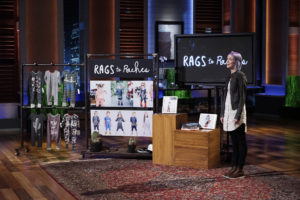 Rachel Nilsson walked onto the stage, and into the Shark Tank wth her funky style, and purple hair. She told the Sharks that she was seeking $200,000 in exchange for a 20% equity stake in her business, rags to raches. She started selling her children’s hand-me-downs as a side business.rachel first showcased what she – and everybody – called a romper. It was a one piece snap-less body suit that was apparently super easy to slide on and off. Once she posted a picture of her handmade toddler clothes on Instagram, she got a very positive response. The rompers were the perfect mix of practicality, stylishness, and comfort, and parent’s loved it.

Rachel said that the company uses scarcity of designs and limited runs to get people excited about the products. She called her two children, Chloe and Harrison, out onto the stage. Robert and Lori both cooed over them. Rachel pulled her long haired blonde son into her arms and told the Sharks that each kid was wearing a different style of romper. The children helped Rachel pass out samples of the rompers and they were told by Robert not to “get too close to Mr. O’Leary. The kids yelled “Goodbye!” And then ran off the stage together holding hands.

Kevin wanted to know how bathroom time worked in one of those, which is a pretty important topic for parents of toddlers. Rachel said that the whole thing slides down and up from the neck hole, which is reinforced by elastic. Robert asked if that’s what makes the Rags to Raches romper unique, and Rachel confirmed that it was. Kevin asked what age it goes to, and Rachel explained that it was popular for facts and toddlers, but they have made ones for five-year-olds. Kevin asked how many styles of romper she was producing, and she said that it was another thing that made her unique. Rags to Raches comes out with limited edition designs, which consistently drives parents to her website.

Robert asked her how long she’s been selling, and Rachel told him $700,000 in a year. The Sharks seemed pretty impressed. She said that she started the business because her husband was n grad school, and they were pretty broke.She took control, sold her children’s hand – me-downs, and quickly noticed a trend. The items that were selling the fastest were the ones that she made for them. Robert asked if the $700,000 was all rompers, and Rachel told him that the majority was, to the tune of about 90%.

Robert then asked if all her sales were online, and she said that 12% of her business was wholesale accounts. Rachel said that she has mostly stuck with little boutiques since she was afraid of wholesale – she did not want to be “handcuffed by her retailers.” She loves the online business because she gets the full margin. Mark said that she must be killing it in profit – she should be poised to do half a million in profit. Rachel said t was more like $280,000. Mark asked why that number was so low. Rachel sad that the costs were the issue. She was spending $7-$10 per romper and selling them for $37 to $50.

Robert asked her where the rest of the money was going, and Rachel said that is exactly where she needs the help. Much of her profit was being sucked up into inventory. Kevin asked if she was worried about someone stealing her design. Rachel said she has run into people trying to knock off the product, but she feels like they have established a brand, so customers approach her first. She feels like she and her passion is what makes Rags to Raches unique.

Kevin asked Daymond if he thought clothing could be protectable by the brand name instead of a patent. Daymond said that he felt like that was not the case. He told Rachel that she did have a great name, but another maker can and will copy the product. Kevin asked Daymond what the competitor would sell it for, and he said that it depends on the chain and the type of production. If it was mass-marketed, it could easily be sold for $19.99.

Robert asked Rachel how much of her profit she still has left, and Rachel told him almost all of it. He clarified that she was asking for an investment that was less than she already had left over from the profit of the business. She affirmed that she had $215,000 in her bank account currently. Robert asked what the Additional cash was going to do for her business. She said that she wanted more inventory. Robert asked if the inventory was to go into the wholesale market, but she denied that. Rachel stated that she needed it to replenish the stock of her existing retailers that wanted more stock, but she had to turn them down.

Robert wanted to know what Rachel’s ultimate plan was, since she seems to be bouncing back and forth between wanting to stake out her brand, and wanting the money for retail selling. Rachel told him that she was glad that he asked, and said that she wanted to branch out into retail. She continued, saying that if she decides to go into retail, she does not want to compete with herself online. To fix that issue, Rags to Raches created an exclusive line for the retailers. Kevin ordered if that was going to work since her margin would be cut in half from wholesaling. He wanted to know why she was shifting focus when the online store was already working so well.Robert asked the same question – why doesn’t Rachel just concentrate on the online business.

Rachel said that she might stick with online, but wants to explore other options. Mark told her that he agrees with the other Sharks. She was making a killing in the online space. Rachel said that she agreed with him, but Mark very politely accused her of talking out both sides of her mouth. He said that he would go nuts as an investor trying to figure out what she wants. Rachel stated that she wasn’t sure if she intends to do the retail. Mark told her that she was trying to play a whole other game that she did not have the experience for because she saw larger companies doing it. He told her that she was excellent at designing and getting people to trust her, and she was doing great online. But as soon as someone mentions wholesale, she was all for it. She said, for the 6th time, “Here’s the deal.” But Mark interrupted her and then told her he was out.

Robert stated that the product itself could be copied, but her brand cannot. He asked her what she wanted to do. Rachel told him that she was looking to make some cash, Kevin looked amused, and Robert told her she was barking up the wrong tree. Robert called her authentic and made her an offer for $200,000 in exchange for 20%. Kevin jumped in as she was thanking Robert, saying that he has multiple companies on his Something Wonderful platform. He told her that she would be a good fit for that platform, and made the same deal that Robert offered her. Kevin said that she should get to a million in sales, and Rachel said that she would absolutely make that by December.

Robert said that he had another all-online company called Tipsy Elves who made $15 million in the last three years. Kevin told him that it was interesting, but Kevin’s platform has had $500 million in sales. He said that the Tipsy Elves success was nothing in comparison. Daymond was next up, saying that he was also interested. He stated that he wanted her to take the competitor out of the running in the retail space by licensing her product to the larger business so a least she can profit while they make her design. Daymond continued, saying that the listening would be a good way to get both the mass market and the higher end personalized stuff covered. Rachel asked if he was saying to know off herself, and Daymond agreed that was what he was proposing.

Daymond also offered $200,000 for 20% with the option to license out her products. Lori told her that she had three similar offers. Rachel said that she loved the Tipsy Elves brand, and she liked the simple way they’ve been operating. She addressed Daymond, saying that she was also worried about being copied. He told her that she would be copied, it was just a matter of whether or not she would also make money from that. Kevin and Robert said that they didn’t agree. Robert stated that she was not at the licensing stage yet. Lori said that she would’ve made an offer similar to Daymond’s, but he was better at it. She went out. Kevin told Rachel that she needed to make a decision between the three identical offers.

Rachel considered, and asked Robert if he was willing to go to 15% on the $200,000. He wanted to know if they made a deal he agreed to it, or if she was going to continue negotiating. Daymond asked her if the 5% made that much of a difference. She went with Robert. He congratulated her as they hugged. In her exit interview, Rachel said that she would not believe that she went from totally broke to making a deal with a Shark. She stated that she was proud of herself and her family.

Rags to Raches Now in 2018 – The After Shark Tank Update 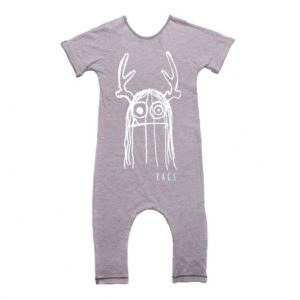 Since appearing on the Shark Tank, Rags to Raches has been featured in Forbes Magazine, and were nominated for an award. They are still selling both on their website and on Amazon and were voted as one of Utah’s quickest growing companies. The episode just aired this year, so only time will tell how successful Rachel will be.