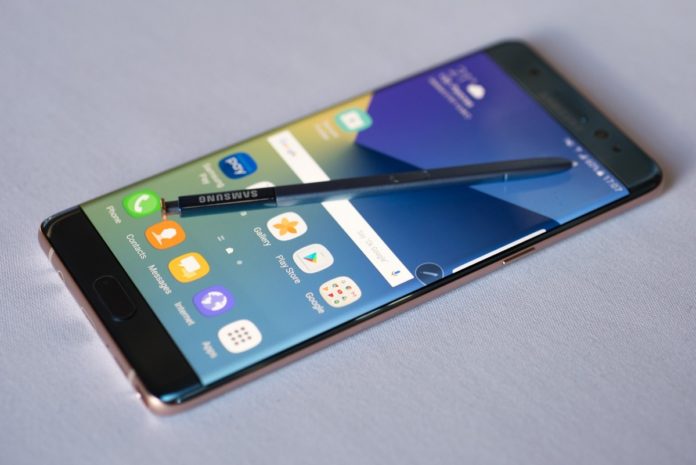 A replacement unit of Samsung’s fire-prone Note 7 smartphone began smoking inside a US plane on Wednesday, said the family that owns it, prompting the Consumer Product Safety Commission (CPSC) and the Federal Aviation Administration (FAA) to call for fresh investigations.

Possible issues with replacement Note 7 phones would deal yet another embarrassing and costly blow to the South Korean manufacturer, whose reputation has already been marred over the botched initial release of the Note 7, which saw the batteries of several units setting aflame. Such situation could also spell new hazards for users.

According to his wife, Brian Green’s began emitting smoke inside a Southwest Airline flight to Baltimore from Louisville, Kentucky. She said that Green had replaced his Note 7 two weeks prior after receiving a text from Samsung.

In a statement, Samsung said it was working to recover the device and to understand the cause. “Until we are able to retrieve the device, we cannot confirm that this incident involves the new Note 7″, the electronic giant said.

Last month, the world’s largest smartphone maker was forced to recall 2.5 million units of its flagship Note 7 smartphones in 10 markets over safety concerns as a result of its explosive batteries, which took a heavy toll on their reputation.

CPSC Chairman Elliot Kaye said his organization is in touch with the FAA, Samsung, and the phone’s owner to gather the facts, reminding consumers that they are entitled to refunds for the troubled model. The FAA said in a statement that the smoke in the flight was indeed caused by a Samsung phone and that it was investigating the incident.

A report from The Verge quoted Green as saying the phone was a replacement and included a picture of the identifying label on the packaging indicating it as such.

Similarly, customers in China have reported problems with phones that have the same battery as the global replacement models, though Samsung denies that the batteries are at fault.

A Southwest spokesperson said the plane was evacuated after a passenger reported smoke emitting from a Samsung device. All passengers and crew were taken out of the plane, and no injuries were reported.