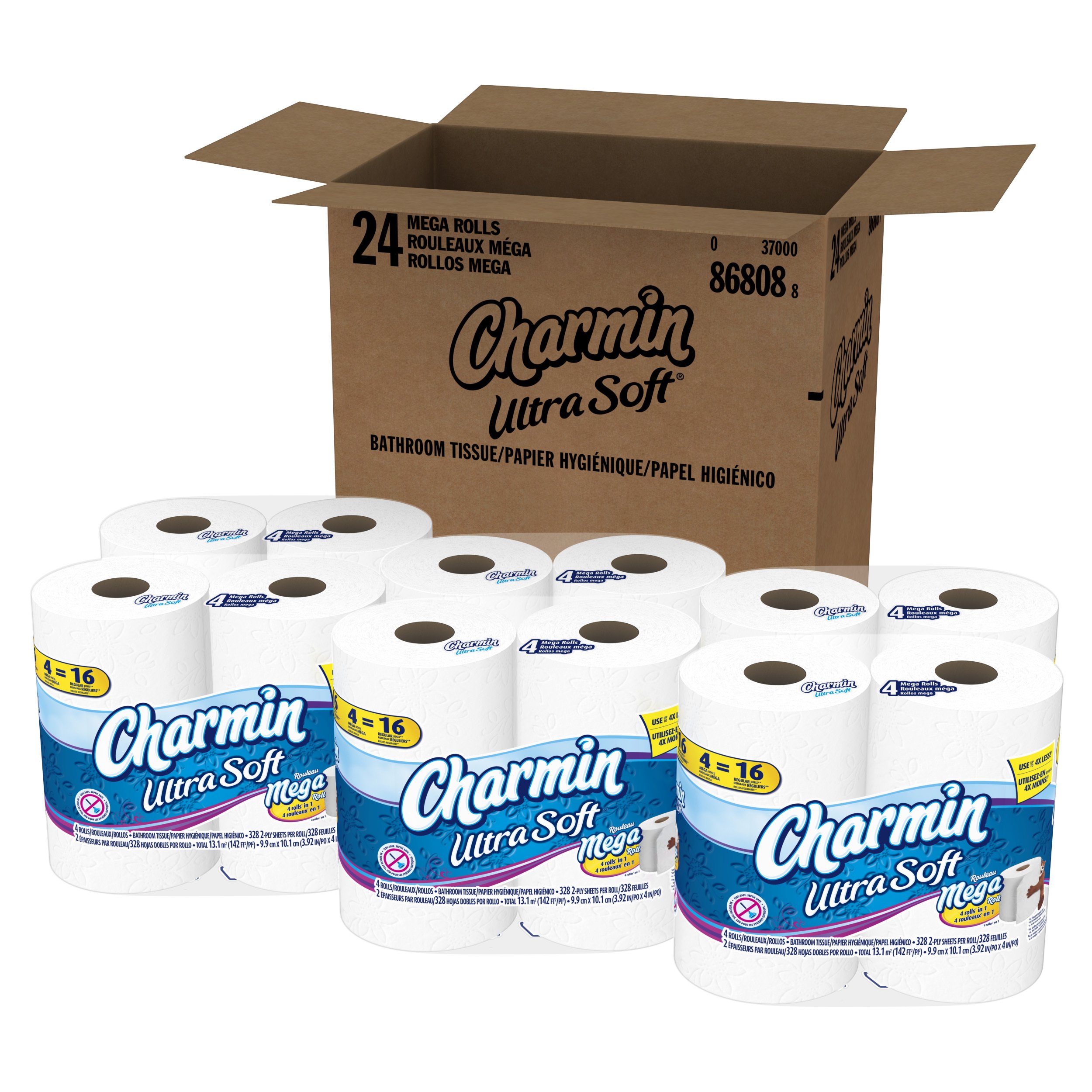 What can be generally called “toilet paper” first made its appearance in 6th century China, back then it was much coarser and rougher, probably closer to sandpaper than toilet paper. More than likely using the stuff was a very unpleasant experience but considering the other options were stones or whatever else was lying around, I’m sure the people who got their hands on it weren’t complaining that it didn’t have enough layers. Several more instances of a paper substance used for cleaning can be found throughout history. Fast forward to the late 19th century and you’ll begin to see the modern start of the now booming toilet paper history. Here we will analyze the toilet paper kings.

Similar marketing terms will be used throughout these reviews so it’s best to go over them now. Usually toilet paper is marketed as either “luxurious”/“premium”, or a “good value” that has everything you need. As mentioned before one claims superior quality whereas the other claims to be the best value for the money .It’s safe to assume that in almost all cases the so-called “premium” brand will be more expensive it will also promote how soft and durable it is, whereas the value brand will promote how it’s great as a multipurpose roll that won’t “break the bank” so to speak. 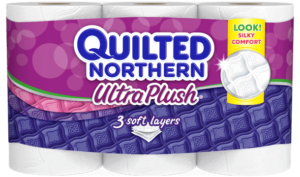 Our first toilet paper, Quilted Northern Plush, is manufactured by Georgia-Pacific LLC. Georgia Pacific is one of the world’s leading distributors of tissue, pulp, paper, and toilet paper dispensers etc. They are an independent subsidiary owned and managed by Koch Industries, the second largest privately held company in the US.

Quilted Northern Ultra Plush has a high weight per roll, meaning you’re getting a lot out of each roll and it is likely to last you longer than the usual 4-5 days of the average roll. It is also strong both wet and dry. Quilted Northern Ultra Plush absorbs well, it is one of the thickest toilet papers available and in terms of its construction it has a consistent quality and is overall very well made. There are some cons, it does take a while to dissolve compared with other toilet paper rolls. Quilted Northern is not made from recyclable materials but it is 100% biodegradable.

Georgia Pacific designed Quilted Northern and its 3 plies so that the first two layers create softness whereas the third layer is there for absorbency, heft, and flexibility. A company specific process known as the Georgia Pacific proprietary mechanical bonding process, uses intense pressure to bond the three plies together, this way the toilet paper is stronger, more flexible, and it doesn’t come apart like other toilet papers. Also it is created with what the company calls “plush quilts” which describes the embroidery design of the paper itself. 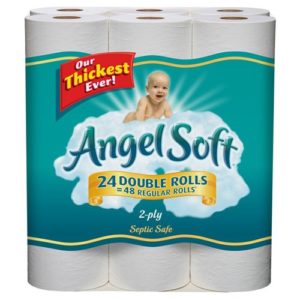 Also manufactured by Georgia Pacific, Angel Soft, is the discount brand offered by them as a complement to their more expensive Quilted Northern Offerings. Angel Soft Double Rolls are so named because they claim that each “double roll” is in fact the equivalent of 2 “regular rolls” of toilet paper. There are 264 sheets per roll, which is roughly double the usual 100 sheet count.

Angel Soft rolls were first introduced in 1987, they are constructed from Pulp Fiber. Angel Soft rolls are unscented and they claim to offer “soft shield layers” and “frustration free packaging”. This brand of toilet paper is marketed as a “great value” that has “everything you need”. These are designed with middle income families who are budget conscious but would also like a toilet paper that is of a sound, respectable, quality.

On Amazon reviewing customers complained that there used to be 300 sheets per roll, they also complain that the price for these Angel Soft Double Rolls has swung wildly in recent years, going madly up then down in response to the price increase. Many customers also lamented that in times past Angel Soft was there preferred toilet paper brand, however, these were no longer as good as they used to be. 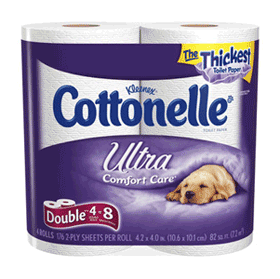 Manufactured by Kimberley Clark, the world’s largest tissue producer, Cottonelle Ultra Comfort has been available in the United States since 1972 and is currently sold under the Kleenex brand. Cottenelle is the premium “luxury” brand offered. Cottenelle claims to be the “thickest, softest, and most absorbent” toilet paper on the market.

On Amazon, customers rated Cottenelle Ultra Comfort 4.0 out of 5 stars, making it the lowest ranked of all of these toilet papers. Customers commended the fact that it didn’t rip easily, it could also be used as a facial tissue without causing significant irritation, and it is durable. However, they also complained that Cottenelle left behind many residual particles of paper, also some believed the size of the roll was smaller than it had once been. 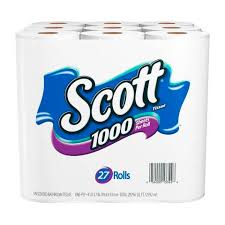 On Amazon customers ranked Scott 1000 a 4.3, they commented that although using Scott 1000 wasn’t a memorable experience in and of itself, they were quite delighted at the great value they got for their dollar and how long lasting Scott 1000 is. Many of the reviews were outdated, complaining that since 2010 Scott 1000 rolls have gotten physically smaller. 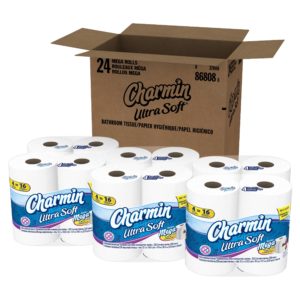 Charmin is manufactured by Proctor and Gamble and is the oldest toilet paper roll on this list, originally manufactured in Green Bay, Wisconsin in 1928. Many generations of Americans grew up with the widely popular Charmin commercials of the 50s-80s, and today many millennials will recall the newer advertising measures that incorporate the Charmin bear.

Charmin employs what is calls “comfort cushions”, which describe quilted patterns on their sheets, intended to provide extra softness. Charmin claims you can use up to 4x less toilet paper when wet compared to bargain competitors. Charmin strongly emphasized that their toilet paper will not clog your toilet, they even go so far as to say it is the toilet paper most used by plumbers and if your toilet clogs as a result of using Charmin Ultra, you are entitled to a complete refund of your purchase. Charmin tests the “flushability”, or how well its toilet paper flushes, at the Proctor & Gamble Flushability Lab in Cincinnati, OH. Charmin is a 2 ply paper.

On Amazon, Charmin received a 4.6 out of 5, the highest rating of all the toilet papers. Ironically customers complained the most about it clogging their toilets but they did agree it was soft and absorbent.