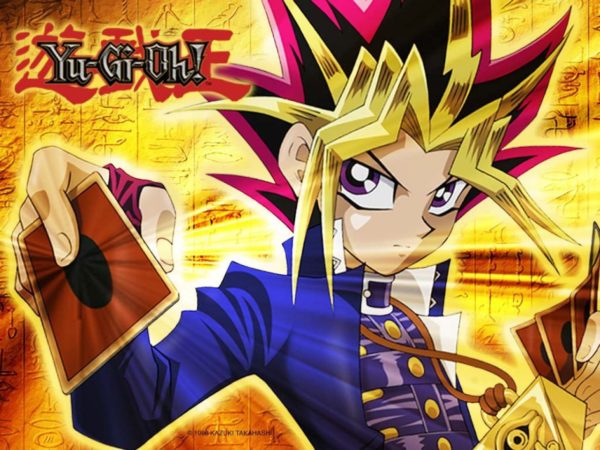 A popular anime and card game, Yu-Gi-Oh! Has for over a decade maintained itself as one of the most played trading card games in existence. With years of production, cards featured on the television show and movies, as well as championship series events dotting the two decades since its creation, there are many cards that are worth far more than their weight in gold. Here, we will take a look at the top 10 most valuable and expensive Yu-Gi-Oh! Cards in existence. For the purposes of this list, prices were based on either recent sales or sale offers, or estimated average worth given trades, sales and rarity. 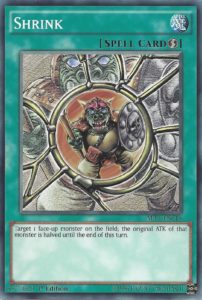 Starting off our list of most expensive Yu-Gi-Oh! Cards is the ultra-rare promotional edition of Shrink, whose common can be found and bought for less than a quarter in most cases. This particular card whose code is SJC-EN003 indicates that it was part of the Shonen Jump Championship set, giving reason for the raised price as only 26 of this card were made with this specific code. Given that the purpose of the card is to halve the attack of an opponent’s monster, whether you buy the 15 cent card or the $800, it will be a valuable addition to your deck. 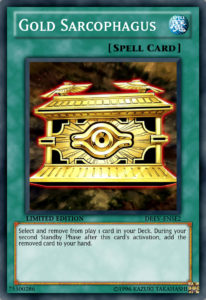 Another card from the Shonen Jump tournament circuit, Gold Sarcophagus in it’s common or rare state only fetches around $4 per copy. However, the Ultra Rare PT03-EN001 variants, available to both Shonen Jump champions and those who originally obtained it through the 2007 Pharaoh Tour can both fetch nearly $1,100 in mint condition. One of the first cards to use Banishment to the advantage of the player, this delay effect card allows for the selection of a card from the deck to be banished, only to be returned to the players’ hand. As such, it’s remarkably useful in a strategic deck that stalls other players. 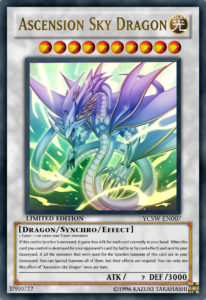 The first Synchro monster to make its way onto this list, the original Ultra-Rare Ascension Sky Dragon was a prize in the 2014 Yu-Gi-Oh! Championship Series. With a ruling on card capacity for tournaments at “unlimited” (meaning you could in theory run three of these cards in the deck), one could see how this card could make champions. Having both the ability of attaining 800 attack points per card in hand, and special summoning the monsters used as tribute if destroyed, this is one of the more useful cards around. 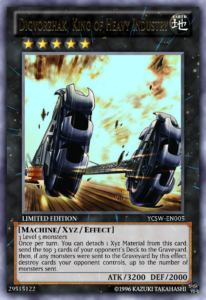 One of the better known XYZ monsters, the common version of this card nets a whopping 75 cents. However, the 2012 Championship Series prize Ultra-Rare is worth an estimated $1,400, with the Super Rare version netting only around 1/3rd of that price. With a high attack of 3200, and an effect that can cause a maximum of 3 monsters being removed from the opponents field, as well as 3 cards from their deck, the price and summoning costs do seem logical. 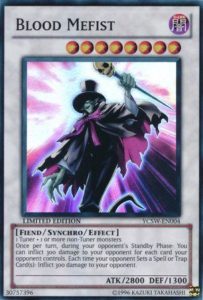 One of the rarest Synchro cards in existence, Blood Mefist has a value that is only expected to rise in the coming years. Being the Yu-Gi-Oh! Championship 2011 Prize card, there was an exceptionally low number of this card released, probably due to both the method of gaining ownership and the effect. Not only does this card allow for the user to inflict 300 damage to the opponent for every card on their side of the field, but has the added effect of allowing yet another 300 damage to be inflicted for any spells or trap cards set during their turn. 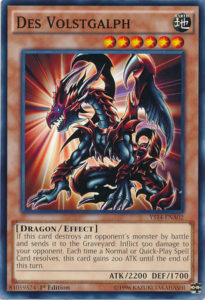 Showing up as a prize card for both the 2005 Pharaoh Tour and the Shonen Jump Championship, the latter’s Ultra-Rare rating is what sets Des Volstgalph as fifth among the most valued cards. Though there are commons of the same card worth about 15 cents, and nearly a dozen re-releases of this card have occurred in about as many years, it has proven to mostly be a losing investment; Most versions have seen a nearly 70% drop in value, while the Ultra Rare has gained 254% of its initial value in the past three months. Best used against Stall and Magic heavy decks, this card inflicts 500 damage to the opponent each time it destroys a monster, and gains an additional 200 attack per each magic card played. 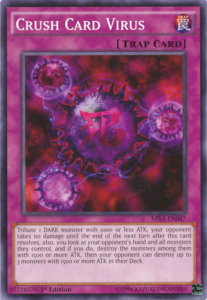 Having gained immense popularity from being featured in the anime, Crush Card Virus was also one of the prize cards in the 2007 Shonen Jump tournament. The common of this card has been present essentially since the game itself had started, being featured in the Kaiba Duelist Pack and has seen itself bounce between incredibly useful, to a nice collector’s item over the past twenty years. When played, this card requires the sacrifice of one dark monster under 1000 attack to then halt damage to the opponent, and destroy any monsters over 1500 attack in their hand. They then have the option of destroying an additional 3 monsters with 1500 or more attack from their deck. 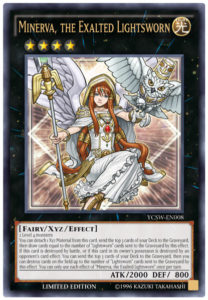 The most recent addition to the most valued list, Minerva, The Exalted Lightsworn was a prize card at last year’s Yu-Gi-Oh! Championship Series. This XYZ card is best fitted to a dedicated Lightsworn deck, as the effect allows for the destruction of up to three cards on the opponent’s side of the field if Minerva itself is destroyed and the additional three cards sent to the grave happen to be Lightsworns as well. At time of writing, only Super and Ultra-Rare variants are available, with the former being just over half the price of the Ultra-Rares. 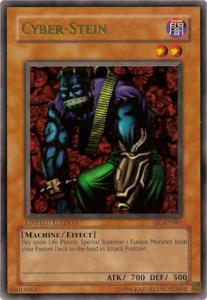 Cyber-Stein is without a doubt, one of the most valuable prize cards in existence, but also one of the most baffling. Having been presented to winners of the 2004 Shonen Jump tournaments, and subsequently banned almost immediately, this 2 star, 700 attack monster has one nasty effect. If the player chooses to play this card, they immediately pay 5000 life points to special summon a fusion monster onto the field in attack position. Given that most players started with between 5,000 and 8,000 life points per match, this can be seen as an incredible gamble, especially given how soft this card is in terms of attack and defense capabilities. That being said, both the Ultra-Rares of the Shonen Jump tournament and the following promotional printing have seen a great amount of collector interest. 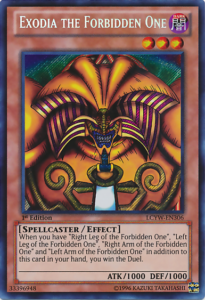 Topping off our list of most valued Yu-Gi-Oh! Cards is one of the most well known cards of the series. Having been placed as one of the most prestigious and integral cards in the animated series, Exodia has always been heavily sought after. Having been in production for many of the 20 years of the game, many different vendors market common and various rare versions of this card between $35 to $50, with the Limited Edition Rare card gaining the price that topped this list. Given the fact that merely holding all 5 components of Exodia in one’s hand assures a win to the game, it’s no surprise that a card so useful and well known is a collector’s item and could be seen as an investment.