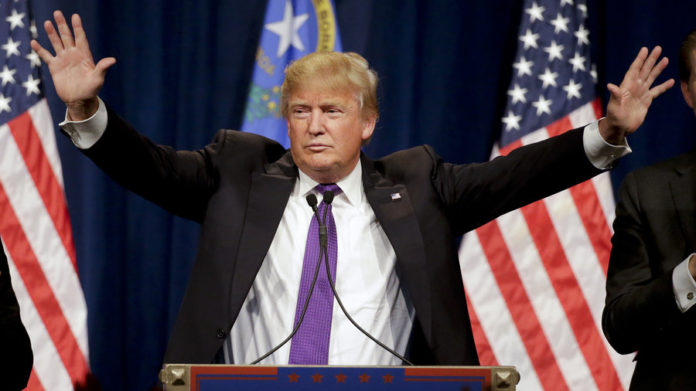 Republican presidential candidate Donald Trump refrained from praising Russian leader Vladimir Putin on Wednesday, claiming he was unsure about his relationship with his Russian counterpart who he described as a better leader than President Barack Obama.

This comes after running mate Mike Pence, governor of Indiana, called Putin “a small and bullying leader” during a vice presidential debate, which seems to have prompted the 70-year old to adjust his previously warm rhetoric towards the Russian president.

Trump’s Democratic presidential opponent Hillary Clinton has criticized Trump for his constant praise for Putin and what appears to be a cozy relationship with him. She also questioned the Republican candidate’s business interests in Russia, a charge echoed by her running mate Tim Kaine during his debate with Pence on Tuesday.

Pence, however, denounced Putin for his interference in Syria’s civil war and support for Syrian President Bashar al-Assad.

“The small and bullying leader of Russia is now dictating terms to the United States”, Pence said. “The greatest nation on earth just withdraws from talks about a ceasefire, while Vladimir Putin puts a missile defense system in Syria”.

Tuesday’s debate set the tone for the second presidential debate on Sunday in St. Louis between Clinton and Trump, who needs to rebound after his shaky performance in his first debate. Following the first presidential debate, Clinton managed to boost her position in national opinion polls.

During a stop over in Nevada, Trump suggested that Russia could be a key ally in the fight against Islamic State.

“I will say if we get along with Russia and Russia went out with us and knocked the hell out of ISIS, that’s okay with me, folks”, he said.

He also celebrated his running mate’s strong performance during the debates and said he won on both style and the issues at hand.

According to a CNN/ORC snap poll, Pence supposedly won the debate with 48% support, compared to his opponent’s 42%. The 90-minute debate took place at Longwood University, Virginia, where Pence sought to give a reassuring image in contrast to the flamboyant Trump. Kaine, on the other hand, attempted to frighten voters away from Trump and boost Clinton’s trustworthiness.