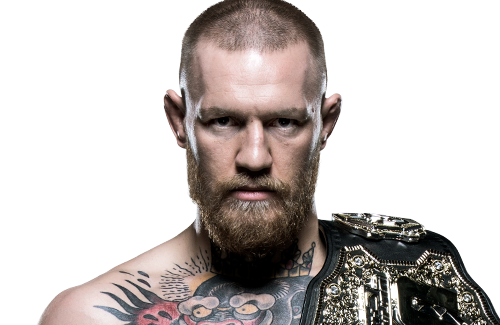 The main events of UFC 205 have been announced, and they are making for a HUGE card – UFC 205 can possibly break the top 3 best-selling UFC events. All three fights that have been added to the main card of UFC 205, which takes place in Madison Square Garden on November 12, 2016. This will be the UFC’s first ever trip into New York City, let alone into a legendary arena like Madison Square Garden. Still, tickets are expected to sell out, and the hype of the event is unprecedented. Read on more to found out about the three added title fights, and why they are proving to be a huge deal.

The main event of UFC 205 has been confirmed, and it is a big fight to pack every single seat at Madison Square Garden; Conor McGregor will be stepping up a weight class to fight for the UFC Lightweight Championship against Eddie Alvarez. Already, Conor has begun his usual trash talking antics and proven that money absolutely drives the mixed martial arts business. Should Conor win, he will be the first fighter since French-Canadian fighter Georges St-Pierre to hold two separate titles in two separate divisions.

If you do not know Conor McGregor, he is a 28 year old man fighting out of Dublin, Ireland. Conor’s nickname is “The Notorious,” and he indeed gained notoriety when he signed with the UFC in 2013 and quickly became noticed. Conor is known for his high striking skill, as he can throw some insane lightning quick punches and make some devastatingly accurate sniper punches. Conor McGregor is known for both his elite striking ability and his trash talking antics, which are always entertaining. Conor McGregor is a brown belt in Brazilian Jiu-Jitsu and has been fighting as a kickboxer since he was a 12 year old boy, and he even trained under Olympian Phil Sutcliffe. Conor would go on to begin fighting when he was only 18 years old.

Conor signed with the UFC in 2013, where he won his first fight through a knockout in just a minute. Conor Mcgregor continued on his winning streak, successively winning fights on UFC 178, on a self-titled UFC Fight Night (McGregor vs Siver in January 2015), UFC 189, and UFC 194. Conor McGregor finally met his match against Nate Diaz at UFC 196 earlier this year in March, and would fight against Nate Diaz in a second fight which he would eventually win at UFC 202. Conor has received a variety of awards from numerous different organizations, but has quickly become a critically-acclaimed fighter at only 28 years old. Conor McGregor is currently recognized with 20 wins and 3 losses, one of which was against Nate Diaz. 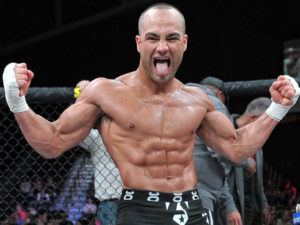 Eddie Alvarez, on the other hand, is nowhere near as popular as Conor McGregor. Alvarez is the current Welterweight champion, and will be having his first title defense against Conor McGregor at UFC 2015. Eddie Alvarez is a veteran fighter with 28 wins and 4 loses for a total of 32 different fights; he signed with the UFC in 2014 and has his first fight at UFC 178, where he lost against Donald “Cowboy” Cerrone in a decision by the judges. Eddie Alvarez beat out Rafael Dos Anjos at a UFC fight night to win the Lightweight championship, which he will defend against Conor less than 5 months later. Eddie Alvarez is trained in kickboxing and Brazillian Jiu-Jitsu, which should make for an interesting clash of styles. Eddie Alvarez is recognized with a record of 28 wins and 4 losses, and like Conor McGregor, has fought at both the 170-pound Welterweight class and the 155-pound Lightweight class.

The one important thing to note is that money and popularity is indeed driving this fight, as Eddie Alvarez is simply an obstacle in Conor McGregor’s path – Conor definitely has the ability to win the fight with one punch. The main reason this fight is happening is for the possibility of Conor McGregor having two titles in two separate divisions, which would get many eyes on the product due to the UFC having such a noteworthy fighter that absolutely has to be seen live.

The UFC Welterweight Championship will be put up on the line at UFC 205, as Tyron Woodley will defend his title against challenger Stephen Thompson. Stephen Thompson has been on a winning streak in the UFC since his victory at UFC 160 over Nah-Shon Burrell, and is finally receiving his title shot. Tyron Woodley won the UFC Welterweight Championship at UFC 201 in July, and will be defending it for the very first time – this is Tyron’s very first UFC title, as well. 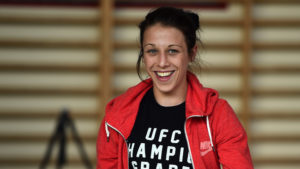 Tyron Woodley is recognized with 16 wins and 3 losses in the UFC, and is also recognized with a record of 7 wins and 0 losses as an amateur wrestler. Tyron Woodley is a division I wrestler, having wrestled for the University of Missouri. Tyron fights under the American Top Team group, where he also has received training as a brown belt in Brazilian Jiu-Jitsu. Tyron has found some success in the UFC and has been a fighter since 2013 in the promotion, although he had previously found a home in the Strikeforce promotion with large amounts of success.
Stephen Thompson is a veteran to the UFC, having fought under the promotion since 2012 and receiving a solid officially recognized record of 13 wins and 1 loss. Stephen trains under several teams, but has found success in his personality; he has been featured in several MMA magazines. He also has a fifth degree black belt in karate, a first degree black belt in jiu-jitsu, a black belt in American kickboxing (signifying expertise, not as mastery) and a purple belt in Brazilian Jiu-Jitsu. Stephen is looking to claim the UFC Welterweight Championship as the #1 ranked contender for the belt, unless things require the fight card to be changed until then.
The fight should be interesting, although it will be mostly a technical bout due to the martial prowess of the two men – don’t expect a slugfest, but expect a lot of time spent in a clinch or grappling each other.

The final and third title fight of UFC 205 has been announced, which will be for the UFC Women’s Strawweight Championship. Joanna Jedrzejczyk has held the title for 568 days through 3 successful title defenses, which means that this fight will be a big deal. The strawweight weight class goes up to a maximum of 115 pounds or 52 kilograms, meaning this should be a very scrappy bout. This fight sits at the third main event position of UFC 205. 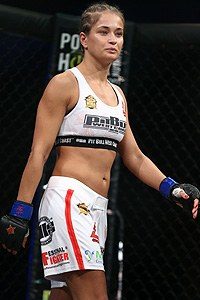 Joanna Jedrzejczyk has held the title for more than a year and a half and is recognized with an undefeated streak of 12 wins and 0 losses. She defended the title three separate times and won all three defenses, after winning the title in March of 2015 at UFC 185 against Carla Esparza, who only held the title for 90 days before Joanna Jedrzejczyk came along. Joanna Jedrzejczyk is trained in muay thai, kickboxing and boxing, meaning she is an elite striker; her kickboxing record proves this with only 2 losses compared to 27 wins. She has been an active fighter since 2012 and trains under the American Top Team, despite her Polish ancestry. Due to her difficult last name, she has been frequently called “JJ” or “Joanna Champion.”

Karolina Kowalkiewicz is also of Polish ancestry, making for an interesting dynamic behind the fight. Karolina Kowalkiewicz has only been with the UFC for a total of four fights, including her upcoming fight for the UFC Women’s Strawweight Championship, and also has an undefeated streak of 10 wins against 0 losses, much like Joanna. Karolina is trained in krav maga and muay thai, meaning she has slightly more grappling ability than her eventual opponent.

Interestingly enough, both women have actually fought each other previously; at Amatorska Liga MMA (based out of Poland), Karolina lost to Joanna in the very first round by a rear-naked choke. So, this is a rematch and both women now have undefeated streaks for their professional fighting careers, and they will be fighting for the Strawweight Championship – this is going to be a huge fight, and possibly the second biggest fight of the night after McGregor vs Alvarez.