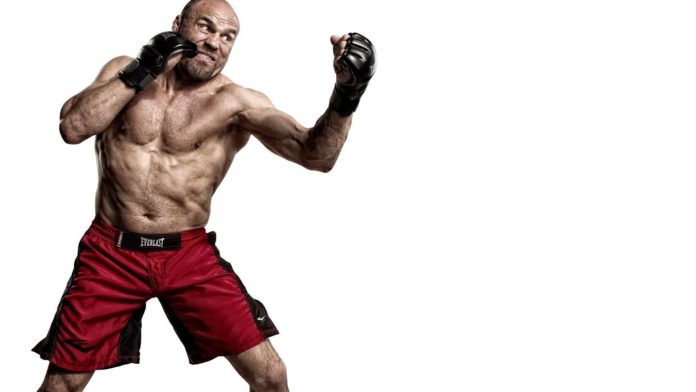 Randy Couture is perhaps one of the most famous cage fighters of all time. Randy Couture is most famous for his time in the UFC, but outside of that, he is a very accomplished man – at the age of 53, he still has a great look and has retained his shape. Randy Couture has been known as a heavyweight and a light heavyweight fighter, fighting at weights varying from 235 pounds to 205 pounds; this is also keeping in mind that Randy stands at an impressive 6 foot and 1 inches, or 185 centimeters. Read on more to find out where Randy Couture is in 2016, and how his cage fighting career has helped shape the rest of his life.

Randy Couture was born in Washington, where he eventually attended Lynnwood High School. At Lynwood, Randy Couture was a noteworthy wrestler, winning a state championship as a senior. Randy then went on to serve in the 101st Airbone unit in the United States Army, serving from 1982 to 1988. Randy also participated in some extracurricular military activities, which expanded upon his wrestling history and also allowed him to learn some boxing. Randy also tried out for a United States military wrestling team, but never made the team due to an error with his application. Randy eventually received a spot on the team.

After his time in the United States Army, Randy then went on to participate in three different Olympic events. Randy participated in the 1998, 1992, 1996, and 2000 olympics, and eventually entered into collegiate wrestling through the NCAA. Randy then went on to win the Division 1, the highest and most elite division, championship three separate times, and then went on to win the second position two different times in 1991 and 1992. Randy wrestled for Oklahoma State University, and was eventually offered a coaching position at Oregon State University. At this point, Randy started to combine his boxing skills with his wrestling skills, and the basis for his mixed martial arts future was founded. 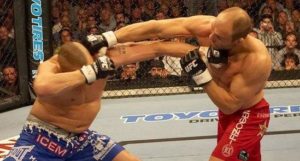 Randy Couture’s first-ever fight happened at UFC 13 (May of 1997), where he was called in as a backup due to an injury or ineligibility to fight (typically due to drug test or some other circumstance.) Randy participated in a simple 4-man tournament, and fought against a heavyweight who had an advantage of 45 kilograms (nearly 100 pounds) on Randy Couture. However, Randy Couture was able to employ his wrestling skills and managed to win the fight in less than 60 seconds. Randy would then go on to also win the entire tournament through a knockout punch with less than two minutes remaining in the first round. Fortunately, the UFC began to notice Randy Couture at this point, and wanted to keep him around for more entertaining fights.

Randy Couture as a Cage Fighter in the UFC and Japan

Randy Couture was invited back to fight 5 months later at UFC 15. At the time, Randy Couture was the first contender for the UFC title. Couture was fighting against a young Vitor Belfort, who was only 19 years old at the time. Through a big shocking victory, Randy prevailed over Vitor Belfort, and retained his position as the number one contender for the UFC Heavyweight Championship. Randy would then go on to fight at a Japanese UFC event in December of 1997, when he was already 34 years old. By 34 years old, most UFC fighters have retired or are considering winding down their career; however, Randy Couture instead went on to win his first ever UFC Heavyweight Championship at the Japanese vent, beating out champion Steven Graham who had a weight advantage of more than 50 pounds on Randy Couture. The fight showcased Randy Couture’s wrestling knowledge and cage awareness, as the fight was a more technical bout than slugfest – the victory was awarded to Randy Couture after the fight went the full length of time.

Randy Couture then went on to have his first title defense at UFC 31 in May of 2001, which is notable due to this event being the first one to be under the helm of Dana White, current UFC president and celebrity personality. Couture successfully defended his title, and would then go on to defend his title again at UFC 36, which happened in March of 2002. Josh Barnett, the challenger, won the fight through a knockout, but was then stripped of the title due to the post-fight drug test revealing that he had tested positive for performance enhancing drugs. 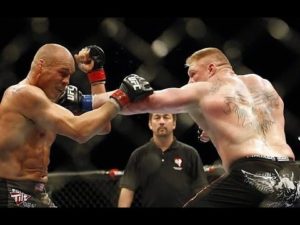 Randy then went on to defend his title one more time at UFC 39, where he eventually lost due to submission. No longer the UFC Heavyweight Champion, Randy Couture then made the move down to the light heavyweight division, where he participated at a weight of 205 pounds (instead of 235 pounds). At this point, Randy Couture then began his famous feud with other UFC Light Heavyweight Fighter, Chuck “Iceman” Liddell, in a trio of matches. Their first fight was over the UFC Interim Light Heavyweight Championship, which Randy Couture would win; this was also a noteworthy achievement because Randy would be the first fighter to win two titles in separate divisions, as both a heavyweight at 235 pounds and light heavyweight at 205 pounds.
Randy Couture then went on in an attempt to defend his title against a fighter from his past, Vitor Belfort. Randy lost the title to Vitor, but would eventually win it back in their following fight. Following his second UFC Light Heavyweight Title grab, he would then lose it in his third and final match against Chuck Liddell. At this point, Randy Couture would eventually exit the UFC as a full-time fighter, but would return two more times before permanently retiring.

Randy Couture returned for four separate fights in the UFC in an attempt to reclaim the UFC Heavyweight Title. His first fight back was against giant Tim Sylvia, where he managed to claim an absolute victory of 50 points against Tim Sylvia’s 45 points due to the judge decision. Randy Couture had reclaimed the UFC Heavyweight Title, but then entered into a lawsuit and a dispute with the UFC. Randy Couture would eventually return to fight at UFC 91, losing the title to famous WWE wrestler and NCAA wrestling athlete, Brock Lesnar. Brock showed an absolutely dominating display, and would go on to fight several more times in the UFC.

After losing the title to Brock Lesnar, Randy Couture would only return one more time to the UFC as a Light Heavyweight fighter. He signed a contract for six separate fights, and then proceeded to participate in UFC 105, UFC 109, UFC 115, UFC 118, and UFC 129; Randy had said before his final fight that this would be his last ever fight, where he lost to rising star Lyoto Machida. Randy Couture announced in the post-fight interview with Joe Rogan that he was finally permanently retiring from fighting, and would look for other venues. 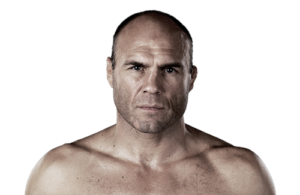 Randy continued to remain in the fighting world, although he mostly took on a coaching and behind the scenes role. Randy Couture signed with UFC competitor Bellator Martial Arts to act as a coach for their version of a fighting reality series, “Fight Master.” After his one season appearance, Randy then went on to open his own gym, named Xtreme Couture. This gym trains MMA fighters for various promotions, and is an otherwise accomplished fight school with a great team.

Randy Couture also went on to start in a variety of successful different movie and television roles. Randy Couture is most noticed for his appearances in the television shows The King of Queens as a one-off appearance, and as a recurring character in Hawaii Five-O as Jason Duclair. Randy Couture also went on to start in The Expendables 2 and The Expendables 3, which starred a variety of other superstars such as Liam Hemsworth, Bruce Willis, and Arnold Schwarzenegger. The Expendables 3 expanded on the star-studded cast and included Ronda Rousey, who is also an accomplished fighter from the UFC. Randy Couture is still active in the active world, having starred in indie film Range 15 and a documentary recently.

Following his retirement in the UFC, Randy took on a spokesperson and public relations role for the UFC, serving as an agent and looking to promote the promotion. His final record as a mixed martial arts fighter sits at 19 wins, 7 of which were through knockout, 8 of which were through decision by judges, and 4 of which were through submission. He also has 11 losses, 6 of which were through knockout and 4 of which were through submission. Randy Couture went on to be inducted into the UFC Hall of Fame, and is an accomplished fighter with more than 15 different awards and accolades under his belt, which includes being the oldest fighter in UFC history to both win a title and win a fight. Randy Couture participated in a majority of his fights when he was more than 38 years old, but would go on to have three children after three marriages. Randy Couture’s son, Ryan Couture, currently participates in the Bellator MMA promotion, and has an impressive 10 wins and 4 losses. Ryan Couture participates in his father’s gym, Couture Xtreme, and is following his father’s footsteps as a seasoned veteran; his last fight was at Bellator 148, which he unfortunately lost in the first round.