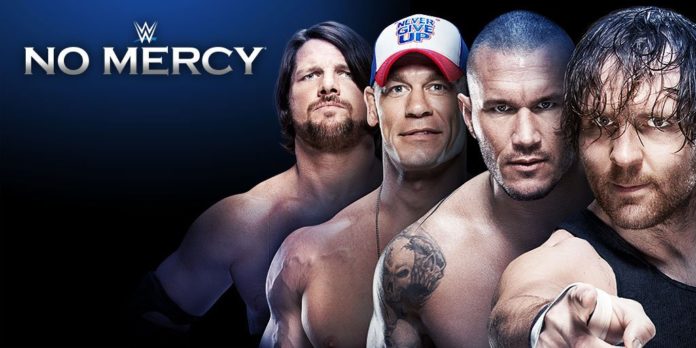 WWE’s Smackdown event No Mercy finally has a full card, and we know what matches we can look forward to when the event happens live on October 9th. Read on more to find out about the matches that have been confirmed to be happening, as well as getting a little history about the wrestlers competing in their matches.

You can view the 2016 WWE No Mercy event on October 9 as it airs live from the Golden 1 Center from Sacramento, California, on the WWE Network, or by live pay-per-view. While the network only costs $9.99 per month (or $10.99 for Canadian subscribers), pay-per-view will run you about $50 for the purchase in high definition – not really that good of a deal. The show will air life starting at 8 eastern time, or 5 pacific time.

Heading the No Mercy card, and perhaps the most important match (although tied with Becky Lynch vs Alexa Bliss) is the triple threat match between the three most popular men on Smackdown, AJ Styles, John Cena, and Dean Ambrose. Of course, it is important to note here that AJ styles has come incredibly far in his short 9 month tenure with the WWE; he has gone from being a nobody that was not even on WWE management’s radar to the hottest superstar to now holding the title.

This match’s foundation was laid when Dean Ambrose won his first ever WWE Championship following his cashing in of his Money in the Bank contract at Battleground on July 24, 2016. Ambrose held the title until the Backlash pay-per-view, which was about 2 months later, until he lost it to AJ Styles. AJ Styles resorted to cheating tactics to gain the advantage over Dean, but managed to win the title and has been a fan favorite ever since. AJ Styles will defend his first-ever WWE title, which he gained in a record 8 months of being with the company, simultaneously against Dean Ambrose and John Cena.

John Cena wormed his way into the mix due to his everlasting, strong presence in the wrestling world. Cena had been fading in and out of the fold for the past year or so, and eventually returned to the main event scene. It is also worth noting that John Cena recently lost his first clean match in over 10 years on an episode of Smackdown recently, which means that Dean Ambrose managed to beat Cena without resorting to any trickery or underhanded tactics. As a result, Cena is fired up and looking to regain his title in the three way match.

On the most recent episode of Smackdown, Cena ended up standing over the two men as Dean Ambrose and AJ Styles were scheduled in a match, but Dean Ambrose stepped out of the match to taunt John Cena, who was on commentary. Cena then proceeded to step into the ring after the match and deliver his Attitude Adjustment move to both Styles and Ambrose, potentially setting the scene for Cena to pass Ric Flair’s record of winning the most WWE World titles. 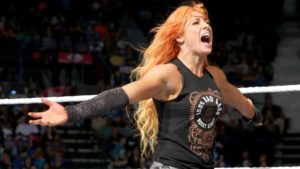 Becky Lynch is the inaugural WWE Smackdown Women’s Championship, and will be defending it against recent developmental NXT-callup Alexa Bliss. Alexa Bliss has only been on the roster for a few months, but has quickly become either a fan favorite or the most hated character on the roster. Alexa Bliss is an incredibly hot talent (not hot as in her looks but hot as in her actions and how she participates in storylines) with an amazing knack for delivering some very animated facial expressions. Since Becky Lynch’s victory at WWE’s Backlash event last month, Alexa Bliss has repeatedly attacked Becky Lynch. She attacked Becky at both their contract signing, and during her entrance prior to a match the week after that. This has set up a rivalry between the two women, and Alexa Bliss will have more than enough opportunity to showcase her wrestling talent. 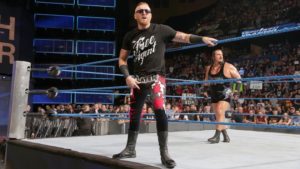 Heath Slater and Rhyno are the most unlikely duo of tag team champions ever, which is why their angle works so well – Heath Slater serves as the weakest link, while Rhyno is more than capable of clearing house. These two will defend their titles against Uso brothers Jimmy and Jey, who have recently taken a heel turn and started portraying themselves as bad guys. The change of heart for the Usos is a very refreshing breath of fresh air, as they were starting to get stale and were otherwise a very uninteresting team. Now, the two of them are a lot more brutal and vicious than ever before, and this should make for an interesting dynamic should the Uso brothers manage to regain their lost WWE Tag Team Championships.

The Miz, with Maryse, vs Dolph Ziggler for the WWE Intercontinental Championship

As a Clevelander, I have never been more excited for a lower-card match; the Miz and Dolph Ziggler are both from the Cleveland area, and when WWE Smackdown came to Cleveland recently, they gave the fans a show and more. One noteworthy part was that Miz was standing in the back halls of the arena, where a picture of Lebron James is hung due to the Cleveland Cavaliers winning the 2016 NBA Championship (and breaking a 50+ season dry spell without any titles in any sport). Miz beckons for a helping hand to do something, and the helper begins to slide a picture of The Miz over the picture of Lebron James, which may have been the most dastardly thing he could ever do in his hometown of Cleveland, Ohio. 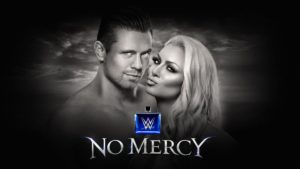 The Miz will defend his Intercontinental Championship against Dolph Ziggler in a singles match, but with a very interesting stipulation – should Dolph Ziggler lose his match, he will be forced to retire. This puts a lot riding on the line, but I can safely say that this match will most likely end in a countout, disqualification, or with Dolph Ziggler remaining. However, Dolph Ziggler has said that he would like to move on from the WWE and begin a stand-up comedy act or begin a career as an actor. The Miz will be joined by his wife, Maryse, who is also a heel/bad guy. Maryse and The Miz are two of the most hated characters in WWE, but this match should be an outstanding one, assuming it doesn’t end in the predictable way of saving Dolph Ziggler’s WWE career somehow.

The very first match on the card will be between Randy Orton and Bray Wyatt, and this should be an uninteresting match – unfortunately, the damage has been done to Bray Wyatt and he is hard to find interesting as a character. Unless this match is interrupted with the return of Luke Harper or Randy Orton’s eventual corruption and inauguration into the Wyatt Family, there is little reason to care about this match; Randy Orton is still healing from his brutal beatdown at Summerslam a little over 1 month ago, when he had his skull busted open by a hard elbow from Brock Lesnar.

While Randy Orton and Bray Wyatt are great wrestlers with two very interesting, contrasting styles (Randy Orton is very mobile and agile, while Bray Wyatt is an absolute powerhouse monster), there are ultimately more interesting matches on the card with more at stake. But like I said, if this leads to the return of Luke Harper to the WWE and as a servant to Bray Wyatt, then this match will have progressed the story of Bray Wyatt more than he has been progressed over the past 3 years.