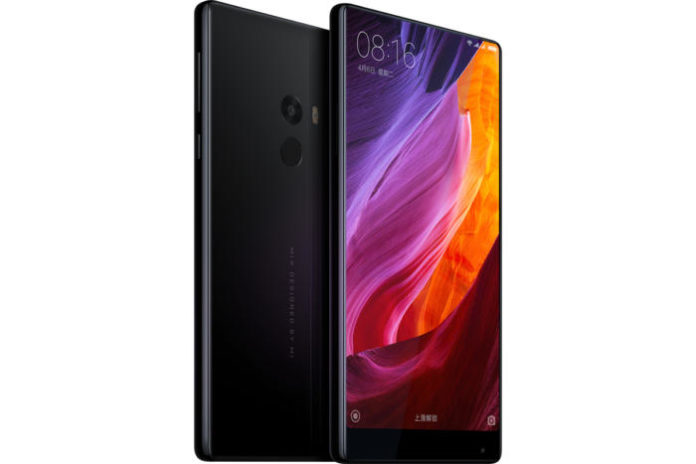 Xiaomi has already impressed everyone with some of its releases in the last few years but the company has done it once again. This time it has announced a phone with edge to edge display. The 6.4-inch display is a little smaller than the one from the Xiaomi Mi Max, which was released earlier this year and currently has the biggest screen from all of their phones. The screen-to-body ratio of the Mi Mix is 91.3 percent, which is one of the highest that’s ever been seen on a smartphone.

The Mi Mix is a large screen smartphone but what really makes it stand out is its edgeless display. There is nothing at the top, allowing the display to go all the way. The phone looks like something out of the future and while this idea has rumored to be the next thing for the most popular smartphones, Xiaomi fans will be able to buy the Mi Mix very soon.

Xiaomi has released a number of smartphones this year but the Mi Mix appears to have the most amazing display so far. Hugo Barra, Vice President of International for Xiaomi, said the company began working on the phone two years ago. The phone was developed in partnership with Philipe Starck, a world famous designer.

The Mi Mix has a ceramic body, which was first featured on the Xiaomi Mi 5. The edgeless display of the Mi Mix is amazing but what about its specs? They are also very good. The Xiaomi Mi MIX comes with a Qualcomm Snapdragon 821 processor and 4GB or 6GB of RAM. Storage is 128GB or 256GB and the battery is 4,400mAh, which has quick charge support.

In China, the Mi Mix will be available on November 4 and there are two versions that customers can buy. The first version costs 3,499 yuan ($516) and the second version, which has a gold outline around the camera and the fingerprint scanner, costs 3,999 yuan ($589).

Xiaomi is one of China’s most popular brands and while the phone has a higher price compared to some of its other releases, the edgeless display could make it a hot seller when it is released next month. The company recently announced the Xiaomi Mi 5s and Mi 5s Plus, so there are plenty of Xiaomi smartphones to choose from.