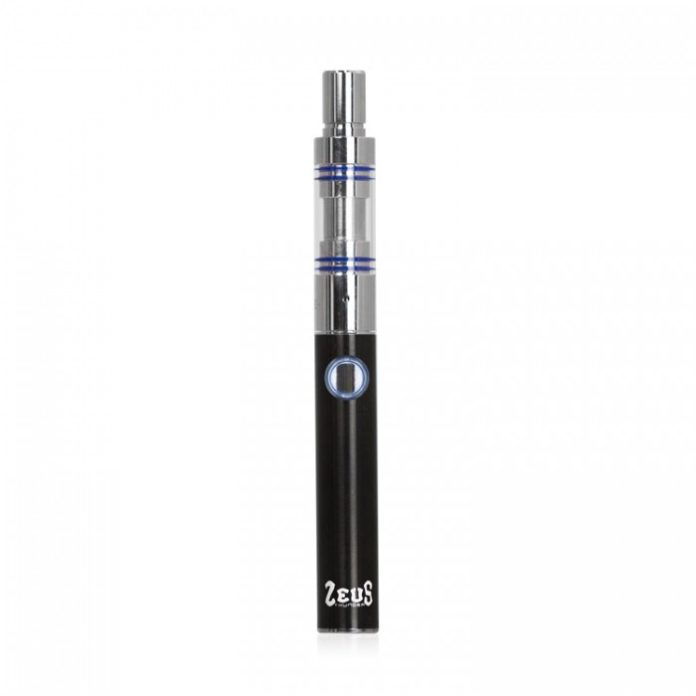 Zeus’s fury reigns, and it comes in the form of the new Zeus Thunder 2 vaping pen! Much like the previous Zeus Thunder pen, the Zeus Thunder 2 is a vaping pen for waxes and concentrates, and a true must-have for any arsenal of vaping pens. Unfortunately, the pen has been refined and cannot do juices and herbs like its previous incarnation, but the new pen is a huge improvement over its older brother. Read on more to find out about the Zeus Thunder 2.

Just like its previous namesake, the Zeus Thunder 2 is a slick device. It uses the same PVD coating system, physical vapor deposition, in order to give the pen a complete look and protect it from any potential minor damage, like chipping and small falls. The Zeus 2 is a very well-put together device and is sturdy; it is encased in a stainless steel chamber. The new heating plate has been upgraded to a more durable ceramic version, unlike the stainless steel coil that was put into the old version.

The Zeus Thunder 2 features a glass shield on the mouth portion of the pen, which allows for a user to glance inside and see just how full their tank is. This is a far cry from the previous Zeus Thunder pen, which was primarily stainless steel and would not easily allow for the user to see how full their tank was. The tank pops right off and forms a neat little capsule when the mouthpiece is removed, which allows for a user to load in their concentrates. 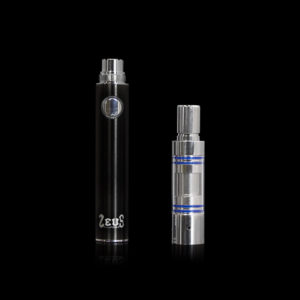 The biggest change from the previous incarnation is that the Zeus Thunder 2 relies on
disposable wax tanks, which can be a turnoff for some. However, there is a clear reason for this; wax will eventually build up over time in the tank, and cleaning it out would require some microscopic tools and a steady hand. Additional tanks are included with your purchase of the Zeus Thunder 2 and can be purchased from locations that sell the pen.
The Zeus Thunder 2 is still a very discreet and tiny device, and looks just like a regular old eGo-style electronic cigarette.

Just like its older brother, the Zeus Thunder 2 does not require the user to be an expert in order to use it – three clicks will power the device on, hold the fire button in order to draw vapor from the tank, and three extra clicks will turn it off. The Zeus Thunder 2 is also equipped with an auto power-off function should it fire for more than 10 seconds, which will help to prevent your concentrates or waxes from tasting burnt or even combusting. Unfortunately, there is no control for the device which means that it will fire at one consistent rate which cannot be changed.

The Zeus Thunder 2 pen can also be used with the new Zeus Iceborn product, which is a revolutionary vaporizing system. This cools down your vapor, which makes it feel much fuller and more milky and also enhances the flavor. This is also a huge change from other systems, much like the Magic Flight Launch Box’s Orbiter add-on, as some vapor can be

lost through water filtration – instead, the Zeus Iceborn uses ice cooling which loses absolutely no vapor. For a hardcore user of waxes and concentrates, the Iceborn is a must-have accessory.

Included in your purchase of a Zeus Thunder 2 pen are the Z-Fuel Thunder battery (almost the same battery model as the previous incarnation), the new Z-Wax 2 tank, a Zeus Thunder tool for loading your tank, black rings to swap out for the blue rings of the tank, a USB charger (much like eGo-style chargers where your battery screws on), and a silicone jar with the Zeus label for storing your waxes and concentrates. The Zeus Iceborn is available for $69.99, and Zeus Grime Sticks (which are just cleaning swabs infused with alcohol) can be purchased, as well.