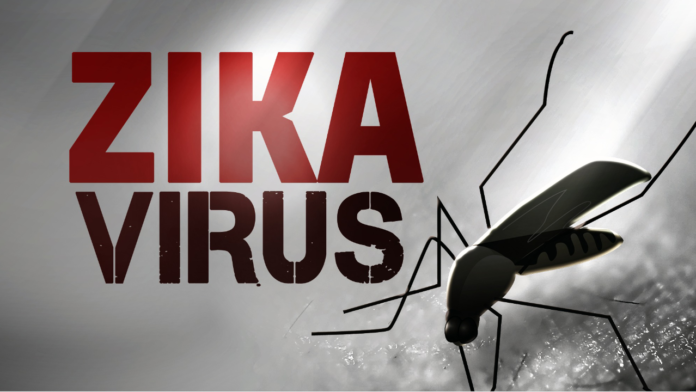 In recent months, Zika has gone from being known as an obscure tropical virus, to a well-publicized lineage of two viruses infecting most of the Americas and present in every inhabited continent. Naturally there has been some concern about the potential for a truly worldwide epidemic, and the implications that such an event brings. Here, we will take a look at what Zika is, what it does, where it’s spreading, and the outlook given the latest information on the virus.

The Zika Virus named after the Zika Forest in Uganda where it was discovered, belongs to a genus of viruses called Flavivirus, within the family Flaviviridae. Other viruses within this genus and family include viruses that cause Yellow Fever, Deer Tick Fever, Japanese Encephalitis, and nearly one hundred others, most of whom very little is known besides their existence and rudimentary structure.

Like nearly all of its relatives, the Zika virus is fairly limited in transmission capabilities at time of writing. While there have been cases of sexual transmission and mother to child transmission during pregnancy, a vast majority of cases have been due to two species of mosquito: either A. albopcitus (the Asian Tiger Mosquito) or more commonly A. aegypti (often called the Yellow Fever Mosquito). At time of writing, there is no evidence to suggest that the virus has the potential to spread through such actions as sharing food or drink with an infected (or previously infected) individual, or any other actions that do not include sexual or blood-blood contact.

What does Zika do?

For most people (nearly 80%), infection with the Zika virus will present without symptoms any symptoms and be cleared by the body’s immune system within about a week of initial exposure. However, for those who do show symptoms, there are several risks both long and short term. If one does become infected with Zika and begins to show symptoms, they will most likely present similarly to a mild cause of Dengue fever, which would include flu like symptoms, fever, red eyes, headache, stiffness and pain in the joints, and a rash on the body that is characteristically red and makes the affected area of the skin swell slightly with small bumps.

Aside from the more common symptomatic presentations, there are two further potential disease pathways Zika can take. Most well documented is the risk that Zika presents to women who are, or who are planning to be pregnant and their unborn children. The primary concern for this population is the presentation of neurological disorders in the fetus, primarily Microcephaly (a disorder in which the child has a smaller head and brain than what would be developmentally typical, and can result in profound retardation), loss of sight, loss of hearing, and seizure disorders. At time of writing, the mechanisms that cause such disorders are not currently known. We also have yet to find out if there is any time during the pregnancy that is a lower risk to the fetus if the mother catches Zika (though initial reports may indicate later pregnancies may suffer less likelihood of defect), nor the exact odds of a Zika virus adversely affecting the child. As of October 6, 2016, the CDC has reported that within the United States and associated territories, a total of 28 pregnancies have included birth defects as a result of Zika, and of those 5 resulted in miscarriage, stillbirth or other termination of pregnancy.

Lastly, in recent months there has been an association between the Zika Virus and a somewhat rare neurological condition, Guillian-Barre Syndrome. In GBS, the body’s immune system, whether due to viral or bacterial infection will attack its own peripheral nervous system (those nerves not present within the brain and spinal cord), causing initial weakness and numbing sensations. Typically, this weakness is seen as symmetric, with both legs (and eventually both arms) experiencing weakness in equal measure. This can further develop into full paralysis, and can run the risk of being lethal, either due to the dampening of heart function or breathing capacity. Luckily, most cases of paralysis clear up in a matter of weeks, though a significant portion of individuals continue to experience some relative weakness for the remainder of their lives. Typically, GBS is very rare in populations, at a steady 1 per 100,000 individuals suffering from it in their lifetime. Reports from countries who have been dealing with Zika for years (Venezuela, for example) have reported increases in case numbers upwards of 800%, which does raise some concern.

At time of writing, Zika is most prevalent in South America, the Caribbean, and Southeastern United States in the Western Hemisphere, and central Sub-Saharan Africa, India and South East Asia in the Eastern Hemisphere. In terms of potential transmission and spread, due to rapid globalization, no area in particular is secured from the spread of Zika, but there are regions with significantly more risk than others. Of these, tropical or sub-tropical zones with low-lying marshlands or lakes and tightly packed urban areas where both vector mosquito species reside are of the most concern.
For the United States, the State of Florida and the territory of Puerto Rico are areas of top concern for local transmission of Zika. Miami-Dade County and Miami Beach are both currently under watch by health officials as a small outcropping of local outbreaks have occurred, prompting the use of mosquito extermination methods to help quell the spread before it reaches further north. Puerto Rico is much harder hit, as over 22,000 cases have been reported as of September 23, with over 1,800 of the new cases being expectant mothers. It is currently advised for individuals to hold off visiting either area, with Puerto Rico being the most discouraged as they are currently under a Level 2 travel alert. Individuals who find they must travel to this area are advised to wear long sleeves, the use of bug sprays which contain DEET, and to take steps to avoid mosquito bites both during their travels, and for 3 weeks after returning home, regardless of symptoms or lack thereof.

While currently contained to these areas of the United States, mosquitoes may still promote the spread of Zika domestically due to travel patterns and territory of the insects spreading.

In terms of cases, in recent months there has been declines to stabilizations in numbers of new cases in Mexico and the United States (not accounting for travel-associated diagnosis), and the trend is luckily seeming to continue for the second month in a row. With winter approaching, there will likely be less transmission of Zika within the United States and Mexico as mosquito activity lessens. However, this could still change at any time with increased travel and exposure to risk factors.

For those wondering what they can do to help prevent the spread of Zika and protect themselves and their families, several guidelines have been set in place by multiple health departments, the CDC and National Institute of Health. Among these are to:

• cover exposed skin when going out during the day (both mosquito species feed primarily from dawn to dusk)
• the use of EPA registered DEET insect repellent
• staying inside if currently in an affected area as much as is possible
• If traveling with babies and toddlers, draping mosquito netting over carriers or strollers
• The use of condoms to prevent sexual transmission of Zika
• The discarding of standing water from near residential areas (vector species prefer to lay eggs in standing water, especially those partially shaded like inside of old tires, or where plant matter is decaying)
• If possible, avoiding pregnancy until more information is available.
• And lastly, if Zika symptoms are suspected, to talk to your local doctor and inform them of recent travel.

We at the Gazette Review will continue monitoring the Zika situation and will update when pertinent material becomes available.