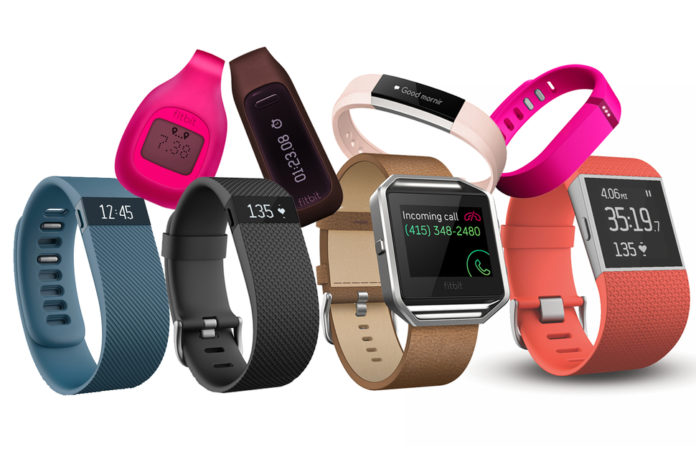 As Thanksgiving and Black Friday whiz by, we come even closer to Cyber Monday. Everyone will spend a day or so taking advantage of great deals, buying some of the latest tech, buying some new clothes, and just generally saving money. Then, within a few weeks, the holidays will be upon us. Shortly after that, the new year. And with the new year comes the dread New Year’s Resolution.

Every year, millions of people commit to getting in shape on New Year’s Eve, and if you see yourself being one of those people, then I think that you would do well to get ahead of the curve and nab some kind of fitness tracking device during the Cyber Monday sales.

The Fitbit is currently one of the most popular fitness tracking devices around. Although functionality varies across models, the core use of this product is simple. You wear it around your list, and through a variety of different interfaces and softwares, you’re aided on your quest for a healthier body.

As with any smart device, though, these things tend to cost quite a bit of money. In this article, I’m going to be going over some of the most impressive Fitbit deals being offered by various retailers during Cyber Monday sales. Without further ado, let’s take a closer look.

As you can see, Fitbit has plenty of products that can suit a variety of different needs. However, each and every one is crafted with a single thing in mind: helping you get into shape. It may seem strange to purchase something like this when the weather is awful outside, but you’ll thank yourself in January when the demand for fitness trackers like these skyrockets. As always, it seems like Amazon may have come out on top in terms of Fitbit Cyber Monday deals. However, you should be able to find some neat stuff at other big box stores, like Target and Best Buy. eBay’s deal on the classic Flex is also worth looking at, too.

I think that you would be hard-pressed to find someone who is capable of determining which model of Fitbit is objectively the best. Truth is, a lot of it comes down to personal preference. If you’re someone whose main form of exercise is swimming, then you would love something portable and small like the Flex 2. If you’re someone who thinks that heart rate monitoring is super important, then you’ll want to put the Alta on your black list. However, I don’t think that any one of these can really be considered “bad” for everyone. It’s just a matter of examining your own personal routines and determining which of these fitness trackers would fit into it most comfortably.

Anyway, I really hope that you’re able to walk away from this article having learned something new. Fitness in general can be overwhelming, and it becomes even more so when you start looking into smart devices like the Fitbit. However, I really think that Cyber Monday is an excellent time to get your hands on these before they become sparse over the holidays and over New Year’s. Even if you think that some of these are overpriced with discounts, can you really put a price on good health? Maybe. Regardless, I hope that you’re able to find whatever it is that you’re looking for during Cyber Monday this year! Happy bargain hunting!