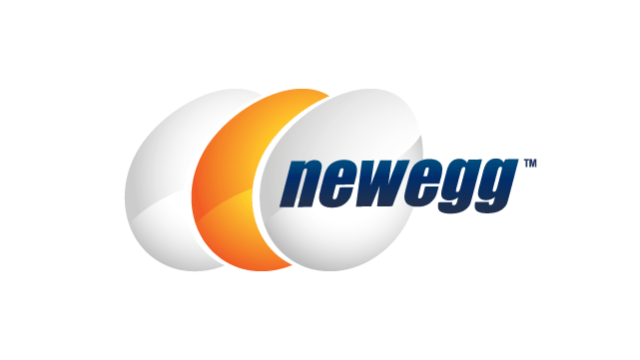 Phew, this is some season, eh folks? No sooner than I wrap up the Black Friday deals over at Newegg that a whole new set of discounts come online for Cyber Monday. Newegg at least lives up to the name of the pseudo holiday, what with them being a purveyor of fine electronic goods, and thus right in my wheel house.

A few deals seem to be carrying over from Newegg’s excellent Black Friday sale, the processors are conspicuous from my perspective, but the deals on storage and GPUs are very fine. I have spent all day picking out my favorites, and needless to say my bias’ are on full display. Monitors, graphics cards, motherboards aplenty. I’ll mention a complete build or two, ones that seem worth the expense, but for the most part I like parts.

Cyber Monday is nearly a decade old, and every year it gets better and better. More and more retailers are taking advantage of our collective increased penchant for spending on this most holy of Mondays, and I for one cannot wait to get knee deep in debt and toys.

So let’s get right to it, here are my top picks this Cyber Monday from Newegg.

Cyber Monday Deals at Newegg for 2016

A nice blend of gear here, but for the most part I left the CPUs out. The ones on offer are all i7s, and while they are great chips, and the prices are okay, for gaming they are overkill. Better to aim for the cheaper i5s, the 6600k contained in on of the pre fab towers here, and overclock it. DX12 and Vulkan might change that, but not for a few years at least.

LG 29UM67P Black 29″$229.99 – This is a lovely ultra wide monitor,with freesync. The max resolution is a crisp 2560 x 1080, the the refresh rate is the more pedestrian 60hz. It is still an excellent purchase for those of us who need the monitor room for work, and when gaming it looks amazing. I have been playing a lot of Hearts of Iron 4, and the real estate available here makes that game a joy to play.

CyberpowerPC Desktop Computer $799.99 –  I have said in th past that I am not a fan of pre made computers, the price tends to get a little too inflated for my tastes, and besides, I always have a few serviceable parts sitting around to complete a build on the cheap. This is a different story, on the inside we have the i5 6600k, to my mind the best CPU out at the moment for broad spectrum work, not to mention price per frame, a 2TB HDD, a 120GB SSD, for your OS and a few choice games, and the R9 480. The 480 is a nice graphics card, it is playing second fiddle to the GTX 10xx series at the moment, but it is both powerful in its own right, and has very low power overhead for an AMD GPU.


MSI 15.6″ GP62MVR $1,099 – Not a fan of laptops either, but if you must have one go for something like this, and expect to pay more for the vast majority of other models out there. You will need a decent CPU, which honestly most laptops these days have, and a dedicated GPU. The GTX 1060 in this machine is the same as the one in a desktop, but running a little slower. Simply get a good sized external cooling solution and you have a machine that can stand toe to toe with a desktop.

G.SKILL TridentZ Series 16GB (2 x 8GB) RAM $89.99 – Super fast DDR4 Ram this. Sits clocked at 3200mhz. You will have to make sure your motherboard supports up to that speed at least, but if you’re stuck I have a few down the list that will work.

Seagate IronWolf 4TB internal HDD $134.99 – You can never have enough storage, and if you have the drive bays to spare this is a great deal. It will take a long time to fill the thing, and the SATA 6.0Gb/s transfer speed gives SSDs a run for their money.

Vizio 32″ 1080p 120Hz Smart TV $154.99 – Cards on the table, this is a refurb job. Newegg do this fairly often, and their repair teams are fantastic. This is also a TV, rather than a monitor, but with a 120hz refresh rate it is well worth considering. HDMI inputs only though.

BenQ HT1075 Projector $619.99 –  A Full HD projector, not to be confused with an upscaled one. 2200 Lumens, so best to keep the curtains drawn when running it. The image quality is great, and if you have been o the fence regarding projectors now is a great time to buy.

ASUS PB Series PB278Q 27″ 4K Monitor $359.99 – A full 4k monitor, you’ll need a damn powerful computer to run the latest games at this resolution, but the price point here is very tempting. Full complement of connections at the back, DVI, VGA, HDMI and Display Port too.

MSI Desktop Computer Nightblade $749.99 – A slightly cheaper alternative to the complete build desk top further up the page. It replaces the R9 480 with a GTX 1060, a great entry level card from Nvidia, and downgrades the CPU to an i5 6400. That CPU is still great, and single threaded performance is almost on par with the i5 6600k at stock speed. If you want to save $50 then this is a great option.

WD Blue 1TB Internal SSD $279.99 – A 1TB SSD is fantastic, the price here is a little steep, but the boot time and transfer speeds, not to mention the disk access speed in general is unparalleled. You might get a few frames more out of games with huge textures, think open world, so something to thing about.

EVGA GeForce GTX 1070 $419.99 – I love the 1070, more power than the 970 with bonus VR performance. The price might be a bit high, but this is an exclusive OC version of the card, and it is all in one water cooled. You can even overclock it yourself a little more, if you have the power, and it will handle it fine. Prabaly the best GPU option right now in the upper mid range.

GIGABYTE GeForce GTX 1070 $399.99 – A bit more stock than over clock, but this is still a nice variant of the 1070. Not water cooled, so you have less overhead to work with. If you want to save $20 then go for this one, if not then the EVGA is the better choice.

ASUS ROG GeForce GTX 1080 STRIX $609.99 – The beast of the best, the GTX 1080 is the latest GPU from Nvidia, and the current reigning single solution king. If you have money to burn, and want the best PC in the world for the six months that this thing reigns, then by all means. If you have VR, or a 4k screen, then something like this really is a must.

GIGABYTE GeForce GTX 1060 Windforce OC $249.99 – The top of the range entry level card. This will give you acceptable performance on medium to high on all new releases, with few exceptions. If you are aiming for a budget computer that will knock the current generations of consoles for six, then this is the one to get.

MSI Radeon RX 480 $199.99 – I really wish AMD would hurry up and release their 14nm die GPU’s, then they would be competing directly with Nvidia, and thus bring the price down a little. The R9 480 is still a great card, and out performs consoles in almost every way. It’s VR performance is surprisingly high as well. If you want a budget card for as little as possible, while still supporting all the latest tech, then this is your choice.


Hardly an exhaustive list, but these are the deals I feel are most worth it. I hope I inspired you, and remember to check out the site on the day for even more Cyber Monday offers.