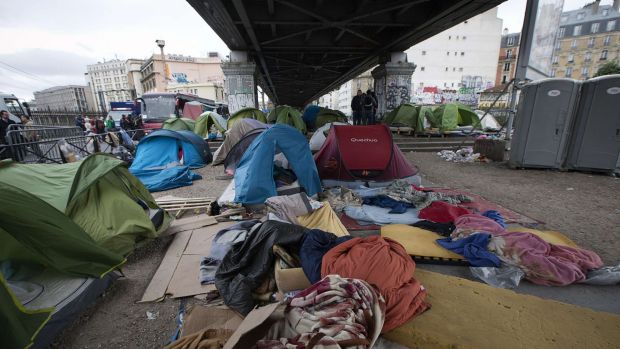 Authorities and city workers in France have helped move thousands of migrants from a migrant camp that had been built in the streets of Paris. The migrant camp, which had close to 4,000 people, is the latest to be removed after authorities closed and demolished the Calais refugee camp last week.

Authorities and city workers in Paris arrived to help move the thousands of migrants living in tents and streets. The migrants were told to get in buses so they could be moved to centers across the city. The migrants will receive medical there and will also have the chance to apply for asylum. Last week, authorities also helped move thousands from the Calais refugee camp, which had between 6,000 to 9,000 people before it was closed.

This isn’t the first time authorities have removed camps in some areas of the city. In the past, police has helped remove them but some appear again a few days later. This time, the migrants have been moved to centers across the city.

When authorities arrived with the buses to move the migrants, many of them cheered as they had been living there for weeks. The majority were happy to leave and move to a center in the city. The people moved from the migrant camps in Paris will be able to apply for asylum at the temporary shelters.

Authorities moved thousands from the Calais refugee camp and recently moved thousands more from migrant camps in Paris. The number of people living in the camps such as the one in Calais were increasing every day but the country is now focusing on moving thousands of people to centers across the country, where they will not only live in better conditions but will also be able to apply for asylum and receive medical care.