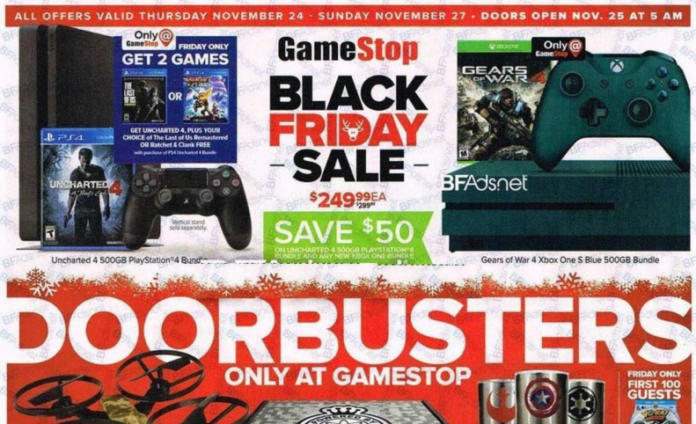 Although digitally downloading video games is becoming an increasingly popular practice, there is still definitely a place in the world for physical copies of video games. When it comes to the sale of video games, GameStop is still definitely one of the biggest retailers in the world. The chain is well-liked among most gamers due to the fact that it sells large quantities of new and preowned games across a wide range of platforms, and also because of their more affordable prices. How could their prices be affected by something like Black Friday?

Luckily, we have recently been given the chance to answer that question for ourselves. GameStop has released a list of their upcoming Black Friday deals, which gives consumers the opportunity to preview their deals before deciding whether or not to visit the video game retailer on the 25th. In this article, I’ll talk a little bit about what I believe to be some of the best deals that are going to be available at GameStop on Black Friday this year. However, keep in mind that I couldn’t possibly get to every single discount. If you are looking to view the complete list of deals being offered by GameStop this year, then I advise that you scroll to the bottom of this article in order to download the full ad scan.

As you can see, GameStop is going to be selling all different kinds of gaming-related items at a deep discount for Black Friday shoppers this year. Whether you’re looking to buy something for yourself or for someone else, I think that they’re offering something for just about anyone this time around. Are you not impressed by what I mentioned here? Remember, I didn’t have the time to get to every single deal that they’re offering, since there are so many. In order to view the full ad scan for yourself, scroll to the bottom of this article and simply click the image of the GameStop flyer in order to view the complete list of deals.

When does GameStop open for Black Friday?

GameStop is going to be opening early for Black Friday. Their doors will be opening at 5 am on Friday.

GameStop will be closed all day on Thanksgiving, and it will be opening at 5 am on Black Friday. As no closing times have been confirmed by the chain, you may want to reach out to your local store and see when they plan on closing on Black Friday. Regardless, looking at some of these deals I have a feeling that they will be running out of product pretty early on Black Friday.

As with any store that sells electronics and digital media, GameStop’s return policy is sort of tricky. The rule of thumb is that you can return your items within 30 days of purchase. However, there are a few wrinkles to that rule. For instance, you can return a pre-owned game for a cash refund within 7 days of purchase. After those 7 days, you have 21 days where you’re only eligible for an exact exchange. In order to better familiarize yourself with the ins and outs of this sometimes confusing policy, I advise that you check out GameStop’s website to read up on more.

If you would like to view the full 12-page Black Friday 2016 ad for GameStop, then all you have to do is click the image below to see the complete ad scan. 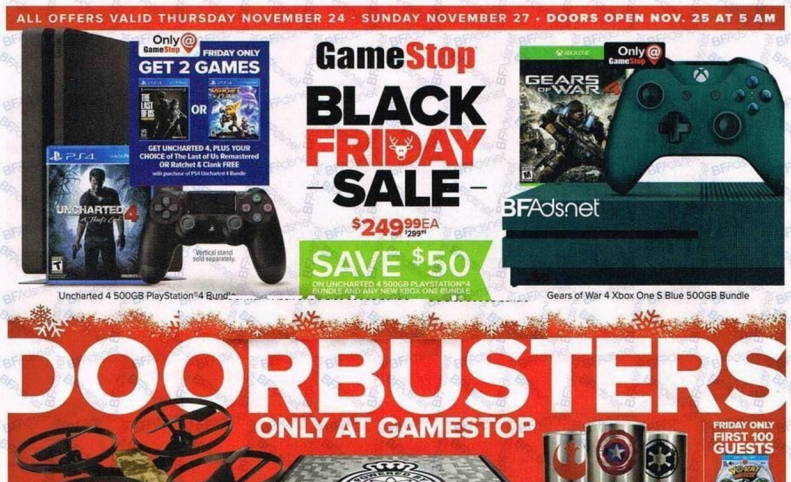