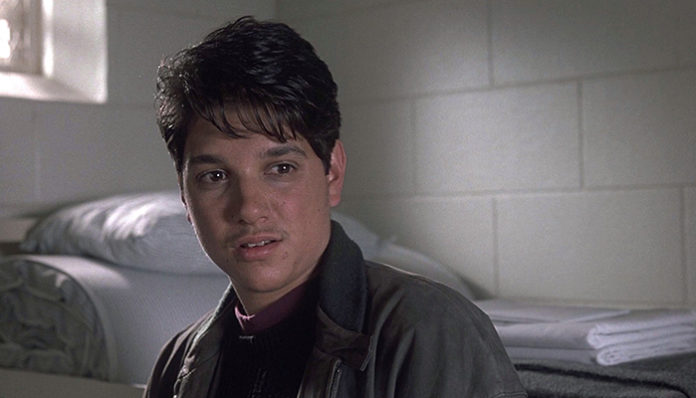 Ralph Macchio is an American actor who is best known for his role in the Karate Kid film series. A tap dancer since a young age, his performing talents were first discovered by an agent at a local dance recital when he was sixteen years old. Eventually appearing in a number of commercials during his late teen years, he later made his television debut in the 1980 comedy series, Up the Academy at the age of nineteen; soon afterwards, he was cast as a recurring character in the ABC drama, Eight is Enough. Landing various minor parts in multiple TV shows over the next few years, he finally received a break in his career when he was given a starring role in the martial arts film, The Karate Kid in 1984. Critically acclaimed, the movie eventually spawned three singles, all of which had Macchio reprising his role as protagonist Daniel LaRusso.

Over the next few decades, the actor continued to appear in a series of films and television shows. Since he stood in front of the cameras for the first time in the 1980’s, Macchio has appeared in well over forty different projects; some of his stand out roles include that of Bill Gambini in the comedy, My Cousin Vinny (1992), Johnny Cade in the drama film, The Outsiders (1983) and Archie Rodriguez in the ABC series, Ugly Betty (2008). Not too long after his debut, he won a Bravo Otto Award for “Best Actor” in 1986; from there his collection of awards has only grown biggerーin the early 2000’s, he received two Long Island International Film Awards, and an Audience Choice Award at the Stony Brook Film Festival. We also can’t forget about the Young Artist Award that he received a nomination for back in 1982.

While Macchio is an actor first and foremost, he has also worked as an executive producer in a small handful of television series including The Ties That Bind (1994), American Gypsies (2012) and Across Grace Alley (2013). No stranger to being on stage, he has been featured on several TV talk shows over the years such as The Rosie O’Donnell Show (1997), Howard Stern on Demand (2006), Jimmy Kimmel Live! (2005), The Tonight Show with Jay Leno (1994) and The Wendy Williams Show (2011). In 2011, he even broke into the realm of reality television, appearing in the dance competition, Dancing with the Stars (2011) where he competed as a contestant.

So what has the actor been up to as of late? What new endeavours have the star taken on these past few years? What happened to Ralph Macchio? Where is he now in 2018? 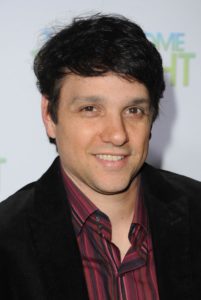 Born on November 4, 1961, in Huntington, New York, Ralph George Macchio Jr. is the son of Ralph Macchio, Sr., and Rosalie; he is of Italian and Greek descent. Growing up in his parents’ ranch with his younger brother, Macchio was an avid dancer and took up tap lessons at the age of three. A kind and gentle child, he was known to have kept orphaned hummingbirds in his room, which he took care of regularly by feeding them regurgitated nectar until they were old enough to be released back into the wild. As a teen, he was a student at Half Hollow Hills West High School in Dix Hills, where he later graduated from in 1979. Dancing throughout his teenaged years, Macchio took part in a local dance recital when he was sixteen years oldーit was then that he was scouted and approached by an agent who asked him to audition for television commercials.

Despite the invitation however, Macchio was fairly hesitant; he even entertained the idea of sending a friend in his place to the audition. Having said that, he eventually attended the try outs and successfully made his way on screen in a number of commercials in the late 70’s, including ones for Dr. Pepper and Bubble Yum. Slowly getting over his ambivalence surrounding the show business, he later made his on television debut at the age of nineteen in the comedy film, Up the Academy (1980). It wasn’t long until he landed his first major role in the ABC drama series, Eight is Enough, a part which garnered him much recognition and attention as an up-and-coming actor. 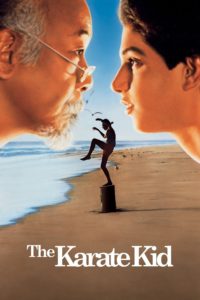 First premiered on the ABC Network in the United States in March 1977, Eight is Enough was based on the real life story of Thomas Braden. Set in Sacramento California, the series stars actor Dick Van Patten in the role of Tom Bradford, a newspaper columnist for Sacramento Register who juggles his time between work and taking care of his eight children. Generally positively received, Eight is Enough is noted for having jump started the acting career of many young stars including Willie Aames, Grant Goodeve and of course, Ralph Macchio, who portrayed the part of Jeremyーa character which appeared in its last season. Although the series enjoyed a fairly long four year run, it was eventually cancelled after five seasons due to declining viewership ratings and increased production costs.

After the end of the ABC series, Macchio auditioned for and eventually landed a main part in the drama film, The Outsiders (1983). Adapted from a novel of the same title by author S.e. Hinton, the movie revolved around the heated rivalry between two gangs, the wealthy Socs and the less well-off Greasers. A box office success, the movie grossed over $33 million from a $10 million budget and was met with much positive reception upon its theatrical release in the spring of 1983. In the flick, Macchio portrayed the role of Johnny Cade, one of the eight members of the Greasers; other emerging stars who were cast in the film include Tom Cruise, Rob Lowe, C. Thomas Howell Matt Dillon, Emilio Estevez and Patrick Swayze. Regarded by some to be one of the best movies of 1983, it received four Young Artist Awards later that year.

Despite his rise in popularity at the time, it wasn’t until he was cast in Karate Kid in 1984 that Macchio first received international attention as an actor. Written by Robert Mark Kamen, the martial arts film centred around a teenager named Daniel DeRusso; a frequent victim of bullying, he eventually takes off to seek the help of a martial arts master named Miyagi who agrees to teach him karate. While Macchio played the starring role of DeRusso, veteran actor Pat Morita portrayed the part of the Japanese karate master, Kesuke Miyagi; other members of the cast include Elisabeth Shue, William Zabka and Chad McQueen. A turning point for Macchio’s acting career, the movie garnered him much praise and widespread attention. A commercial hit upon its release, Karate Kid grossed over $90 million and eventually won two Young Artist Awards; three sequels were later released in the later 80’s as a result of the film’s success.

Following a peak in popularity after his time on Karate Kid, Macchio appeared in a number of smaller films such as Teachers (1984), The Three Wishes of Billy Grier (1984) and Crossroads (1986). In the summer of 1986, the actor reprised his role as Daniel DeRusso in the second instalment of the Karate Kid series, The Karate Kid Part II. Similar to the original 1984 film, the sequel was a major hit, having grossed even more than its predecessors at the box office. Filmed majorly in the Hawaiian island of Oahu, the film won an ASCAP Award as well as an Academy Award for the category of “Best Original Song” in 1987 although it was met with mixed reviews from critics upon its release. 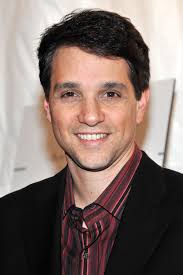 A few years after the release of The Karate Kid Part III, the series’ third instalment, Macchio starred in the American comedy, My Cousin Vinny in 1992. Praised for its realistic depiction of law courtroom procedures, the film revolves around an inexperienced lawyer who tries to defend, two individuals who find themselves accused of murder, one of whom is his cousin. A greater success than originally anticipated, My Cousin Vinny grossed over $64 million from a $11 budget; it also received many praises and positive reviews and currently holds a score of 84% on Rotten Tomatoes. In the film, Macchio played the role of Bill Gambini, one of the two students from New York who is arrested in suspicion of murder; the movie also starred actors Joe Pesci, Marisa Tomei, Fred Gwynne and Mitchell Whitfield.

Fast forward to the late 2000’s, Macchio was cast as a recurring character in the drama television series, Ugly Bettyーit was his first considerably major role on the small screen since Eight is Enough back in 1980. Originally broadcasted in September 2006 on the ABC Network, it followed the life and journey of Betty Suarez, a smart and young woman who goes off in seek of her inner beauty. Macchio made his first appearance on the show as Archie Rodriguez, one of the many recurring regulars that were eventually added to the cast in the show’s third season; other actors cast include Grant Bowler, Heather Tom, Mark Consuelos, Lauren Velez and Sarah Lafleur. After a four year run, Ugly Better was eventually canceled in January 2010 after over eighty episodes. 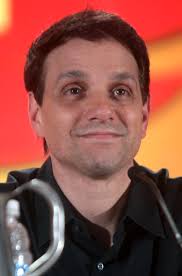 According to his imDB profile, the actor has been busy filming for an upcoming drama series this year called, The Deuce. Created by David Simon and George Pelecanos, it will centre around 1970’s and 1980’s New York, when prostitution and porn were rampant in the city of Manhattan. The Deuce will star actors James Franco, Maggie Gyllenhaal, Gary Carr, Margarita Levieva, amongst others; our favourite actor will play the role of Officer Haddix, a supporting character who is scheduled to appear in five out of the eight announced episodes. Although no official air date has been determined as of yet, it will be broadcast on the HBO cable network in the US.

While acting has always been a priority for Macchio, it’s no secret that he has also been involved with a his fair share of documentaries. Another upcoming project that the actor has been working on is the documentary, John G. Avildsen: King of the Underdogs. Currently still in the filming stages, it will focus on the Oscar Award-winning director, John G. Avildsen and his achievements in the film industry. Not surprising, Macchio will be appearing as himself in the project alongside other celebrities such as Burt Reynolds, Luke Perry, Martin Scorsese and Sylvester Stallone. John G. Avildsen: King of the Underdogs is tentatively set for a 2017 release.

If you’d like to stay up to date with the man of Karate Kid fame, why not follow the star on social media? You can find Ralph Macchio’s online presence on Twitter under the username @ralphmacchio. Don’t forget to also drop by his official Facebook page for some of his latest news while you’re at it!