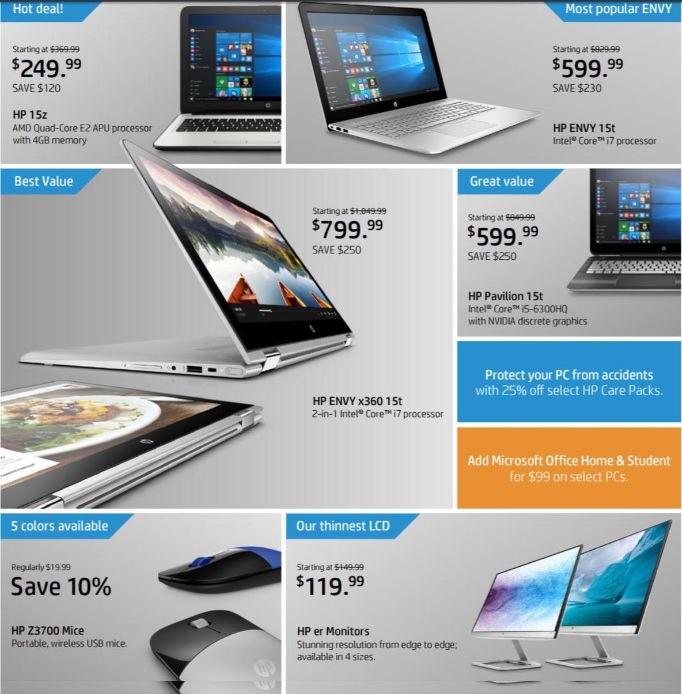 The Hewlett-Packard Company, commonly known as HP, was originally founded way back on New Years Day 1938 by William Redington Hewlett and Dave Packard. The company had humble beginnings with operations originally taking place in a one-car garage. With an early product line centering around electronic testing equipment the founders wanted a business that not only made money, but also offered supportive and respectful employment to its workers. Apple founder Steve Jobs experienced this positive environment when he spent a summer working for the company aged just 12, after he had called William Hewlett to see if he could get work assembling frequency counters. Jobs later described HP as an admirable company that was built to last, not just to make money.

HP was ideally placed to take advantage of the technological revolution that has today led to most of us having personal computers at home and the workplace. From 2007 to 2013 HP was the World’s leading manufacturer of PC’s and also focused on many other computing-related areas, including storage devices, server technology, and data storage. In 2015 the company decided to split the PC and Printers side of their business from its enterprise and services side, and the newly formed computing side of the company was renamed HP Inc.

Recently, HP’s Black Friday ad was leaked, which gives us all the chance to preview some of the deals that HP will be putting out during Black Friday this year. It lets us plan out our purchases far ahead of time, and you can never really have too much planning when it comes to Black Friday. In this article, I’m going to be going over what I believe to be some of HP’s best Black Friday deals. I won’t be able to get to all of them, though, so if you’re interested in viewing their complete list of 2017 Black Friday deals, then scroll to the bottom of this article and click the image of the flyer in order to download the complete ad scan.

When does HP open for Black Friday?

Since HP’s Black Friday sale is going to be taking place entirely online, you don’t really have to worry about sitting outside of a store in the cold, waiting for doors to open. HP’s sale begins on Thanksgiving, and although no specific time has been announced, I think that midnight is a good guess for now. Keep your eyes peeled for updates from HP, however.

As I mentioned before, HP’s Black Friday sale is online, so there aren’t really any hours. If you’re concerned about deals running out though, it’s likely that most deals will stay in stock through the weekend. However, some of the most popular deals in this sale could possibly be sold out after Friday.

It’s the opposite, actually. This is an online only sale. Although there are HP resellers, there’s no such thing as an HP physical store.

Like many retailers, HP has a special return policy for purchases made during the holiday season. This way, you can buy whatever you want knowing that a full refund can be received, even if you’re trying to make a return a couple of months after Christmas. HP allows you to return any purchases made between November 1st and December 25th until January 15th. This policy excludes some special items, though, such as gift cards and software downloads. If you’re concerned about these special cases, then you should check out HP’s website to get fully acquainted with their return policy.

If you would like to view the 15-page Black Friday 2017 ad scan for HP, then all you have to do is click the image below in order to see the complete full ad scan. 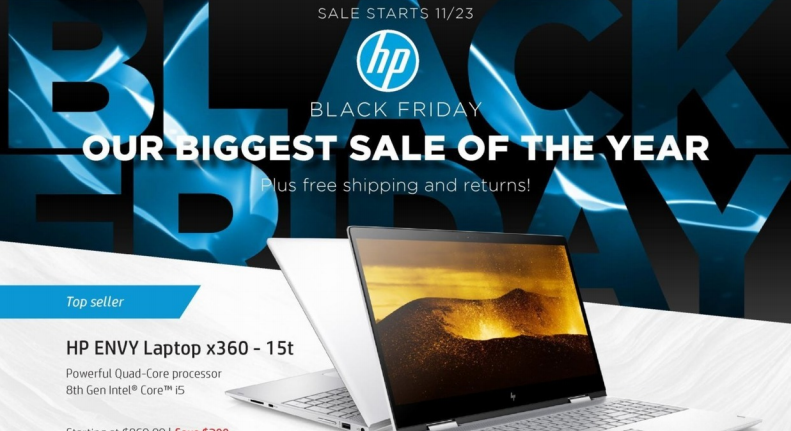