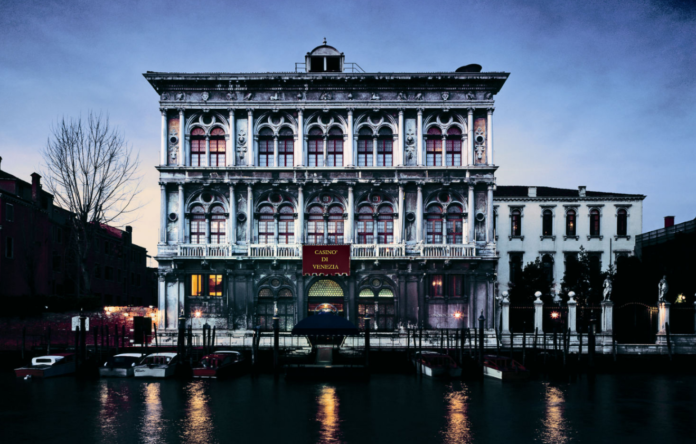 It seems as though we have the Italians to thank for casinos. The modern word casino is derived from the word casini, the oldest recorded of which anywhere in the world is the Casino di Venezia in Venice, which dates back to 1638.

The term casino means a building that is specifically built for pleasure, which probably means that it wasn’t simply for gambling, but also “other services” might well have been on offer too. Ultimately, these kinds of buildings were designed to host town functions and offer music, dancing and, of course, gambling.

The idea spread across Europe and, by the time of Emperor Napoleon, casinos were popularised in France, especially vingt-et-un, which is referred to today as Twenty-one or Blackjack, but was back then the emperor’s favourite game.

In the United Kingdom, as with much of Europe at the time, class dictated social participation and gaming was no different, becoming the preserve of the elites of the Royal Court. Before long, casinos started popping up cross London after the upper and middle classes moved from the countryside into the city, where there were many opportunities to spend or invest their money. As the working classes, they were not fortunate enough to be able to pursue their gaming activities, which meant gambling for them was driven underground where it became associated with other vices such as unlicensed drinking and prostitution.

Gambling began to take hold in society through politicians placing bets in London coffee houses which would become the first betting shops and gaming houses. Whites, which opened in 1652, was run as an Italian coffee shop until gambling became popular there and it became, in all but name, a casino. Then, in 1764, Almacks, which would later be renamed Brook’s, opened before Crockfords opened in 1827 and, despite a temporary ban in gaming, established itself as the most famous of all the clubs and is still in use today. Eventually over time, gambling become commercialised and began to take place in specific locations which then grew into today’s casinos which, before long, were thriving all over Europe. 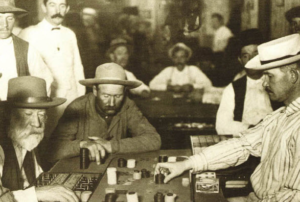 The Americans also introduced new games to the menu such as slots, which began in San Francisco and are always one of the most popular casino games, whether that’s online or on land. Modern day poker, too, can likely be traced back to New Orleans, albeit by convoluted way of Persia. Casino wise, things continued for much of the same way throughout most of 20th century until the world, and casinos, changed forever with an important invention. 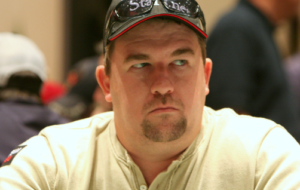 In 1989, English Computer Scientist, Tim Berners-Lee, invented the World Wide Web, or internet, which opened up a whole new world of commerce, effecting many industries, none more so than gambling which today has become a business worth billions of dollars every year.

It didn’t take long before a globalised business collective within the online gambling industry seized on the new opportunity at their disposal. In 1994, just five years after the internet’s birth, the island nation of Antigua and Barbuda passed its Free Trade & Processing act, granting licences to companies to provide gambling services over the internet, since when online gambling has grown at an amazing pace.

There are hundreds of gambling sites that provide different products and services, from online bookmakers, online casinos, and online poker rooms, which are available to customers all over the world, where gambling laws allow. For instance, in the US, online gambling for real money is forbidden, despite the country being the spiritual home of many casino games.

Like poker, in fact, whose own industry boom occurred in 2003, when Chris Moneymaker used a satellite qualification to win his entry into the WSOP final which he then won, becoming an instant millionaire. This sparked a stampede of online poker sign ups, inspired by Moneymaker’s success which, although proves that poker is skill based rather than luck driven, didn’t stop government legislation classing it as the former and keeping the ban it issued to online poker following Black Friday, where certain poker rooms were found guilty of cheating customers.

Online bookmakers have overtaken high street bookmakers in terms of revenue and online casinos offer all the fun of the real thing from the comfort of your own home. As well as roulette, blackjack and others, online slots are thriving in the modern era. This is especially true after 2008 when the first iPhone was launched, which was hotly pursued by Android smartphones that would lead e-gaming into another bright new era, where we find it today; an industry transformed and doing better than ever.