Meizu Could Be Working On a Phone With Edgeless Display 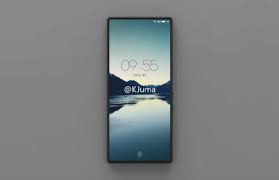 Xiaomi announced the Mi Mix just a few days ago but it looks like the company could have some competition soon as Meizu is rumored to be working on a phone that covers most of the front.

The Xiaomi Mi Mix impressed with one of the highest screen to body ratios we have ever seen on a smartphone. The Xiaomi Mi Mix went on sale in China on November 4 and 10,000 units sold out in 10 seconds. The phone, which starts at a price of $520, stands out from many of the other phones released by Xiaomi but the company could soon be joined by Meizu on the bezel-less smartphone competition.

There are a number of images, which were revealed on Weibo, of the rumored Meizu phone. The images show a phone with a screen that covers the front. The only thing other than the display is the frame that surrounds it. The images of the front of the phone do not show a camera or sensors.

One of the images says that something unexpected in coming with the company’s name at the bottom. There’s also a December 24, 2016 date, which could be the day when the phone is announced. We’ll have to wait for Meizu to confirm this as the images don’t show most of the phone.

The Xiaomi Mi Mix has one of the most impressive screens this year but many more companies could soon do the same. Next year’s iPhone is rumored to come with big changes and now Meizu could be working on a phone with an amazing screen.

The date on one of the images could mean that the phone will be announced this year but 2017 is going to be huge for smartphones as many companies are rumored to be working on impressive phones. The Galaxy S8, iPhone 8 and many more phones are expected to be released next year.

If Meizu is working on this device, it could follow the success of the Mi Mix, which sold out in just a few seconds. The edgeless smartphone competition is just getting started and it probably won’t be long before more companies start releasing more phones like that.

What do you think about the Xiaomi Mi Mix? Which smartphone are you planning to buy in 2017? Let us know in the comments.