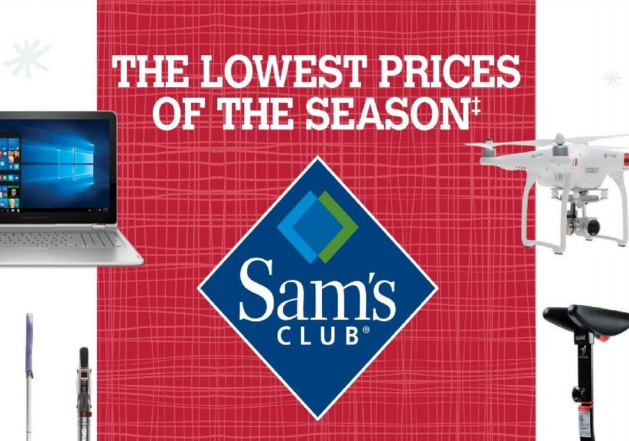 Sam’s Club is a retail warehouse club (similar to Costco), and it’s a place where a lot of people go to buy food in bulk. This store has more to offer than just 50 pound bags of uncooked rice, though. Sam’s Club sells pretty much everything, from furniture to kitchenware to laptops. As a warehouse-style retailer, everything sold there is already inexpensive, but on Black Friday, their prices become even more impressive.

Sam’s Club’s 2016 Black Friday deals have leaked recently, and so that allows you to preview their offers before the big day actually rolls around. Sam’s Club’s Black Friday specials will officially begin online in the days following the 25th, but their biggest in-store discounts aren’t going to be available until early Friday morning. By mapping out game plan ahead of time, you’ll make Black Friday a lot easier for yourself.

As a store that sells such a wide range of products, I’m sure that you can imagine how many different deals Sam’s Club will be offering this Black Friday. There are literally too many specials to cover, so in this article, I’ll just talk about some of what I believe to be the best sales being offered this year. Obviously, I’m going to leave some stuff out, so if you want to view the full list of deals, simply scroll to the bottom of this article and click the image of the flyer in order to download the complete ad scan.

Like I said before, this is really only scratching the surface of all of the stuff that Sam’s Club will be selling during Black Friday sales this year. They’re also knocking a lot off the prices of things like furniture, outdoor appliances, clothes, and toys. All in all, it seems like Sam’s Club is going to be a must-visit this Black Friday. If you want to take a closer look at all of their Black Friday deals, just scroll to the bottom of this article and click the image to download the full leaked ad scan.

When does Sam’s Club open for Black Friday?

Sam’s Club will be opening their doors on Black Friday at 7 am.

As I mentioned before, Sam’s will be opening on Black Friday at 7 am, and they probably won’t shut their doors until 8:30 pm, which is their typical closing time. However, I have a feeling that most of the best products will be sold out well before then.

Sam’s Club will be offering online deals starting at midnight on Thanksgiving Day, along with their standard in-store offerings starting at 7 am on Black Friday.

Sam’s Club’s standard return policy is in effect through Black Friday. Essentially, their return policy varies depending upon what kind of item you’re trying to return. Electronics can be returned within 90 days, for example. Check out the Sam’s Club website for more specific details regarding this policy.

If you would like to view the full 32-page Black Friday 2016 ad for Sam’s Club, then all you have to do is click the image below to see the completed ad scan.