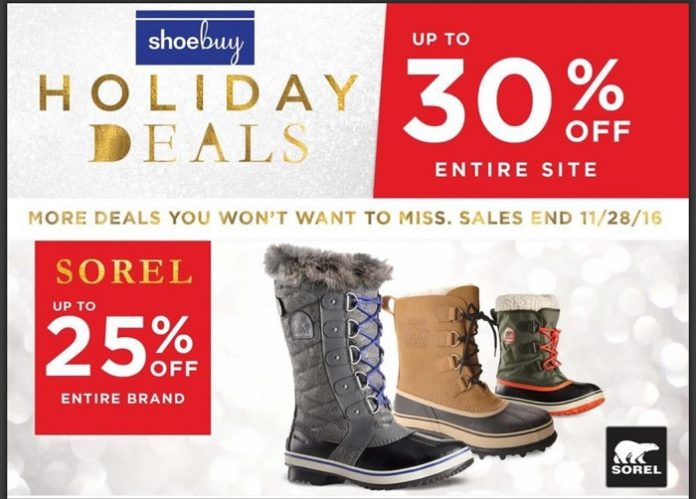 Shoebuy.com prides itself on being ‘The World’s Largest Site for Shoes’, and with their many popular labels, sought after styles, and a huge range that accommodates every conceivable style, size and brand, they attract millions of visitors to the site every month.

The e-commerce business was launched in early 2000 and has since risen to the top of the online footwear retailers, and gained some recognition from within the industry along the way. It was named as one of the top e-retailers for customer service by BizRate, and Hitwise listed Shoebuy as one of the top ten most visited apparel and accessory shopping sites in 2011, noting that the Shoebuy website attracted more than eight million unique visitors per month.

Now in 2018, Shoebuy.com has a huge range of more than a million products from more than 1,200 brands, and the company supplies not only footwear, but also accessories, clothing and bags, all of which come with free shipping and free exchanges. During this Black Friday 2016, Shoebuy will be offering even more value, and we’ve managed to obtain an early leaked release of this years Shoebuy Black Friday sale ad, which contains all of the doorbuster deals they have on offer in this years sale. We’ve high-lighted a few of some of the best deals Shoebuy have to offer this year below, but if you would like to see the full deals of all of their Black Friday deals for yourself, then why not click on the picture at the end of this page to see the full list for yourself.

When does Shoebuy open for Black Friday?

The Shoebuy.com online Black Friday sale for 2016 will open at midnight on Black Friday, November 25th, and run all the way through until the end of Cyber Monday on November 28th 2016.

Will Shoebuy Black Friday Deals be available in-store as well as Online?

Shoebuy is purely an online retailer and their deals will not be available in any stores, so in order to take advantage of their Black Friday 2016 deals you’ll have to purchase from Shoebuy.com

Shoebuy offer free replacements for defective items, or free exchanges in case you change your mind once you receive your goods. If you change your mind and wish to receive a refund they will charge a $6.95 ‘restocking fee’ per item. Usually items must be sent back within 60 days from the date of purchase, however Shoebuy extend this period to 90 days over the holiday season (November 1st to January 1st) in order to give you time to return any unwanted gifts.

In order to see the full Shoebuy Black Friday 2016 Leaked Ad, please click on the image below to see the full range of offers and doorbuster deals available during this years sale for yourself. 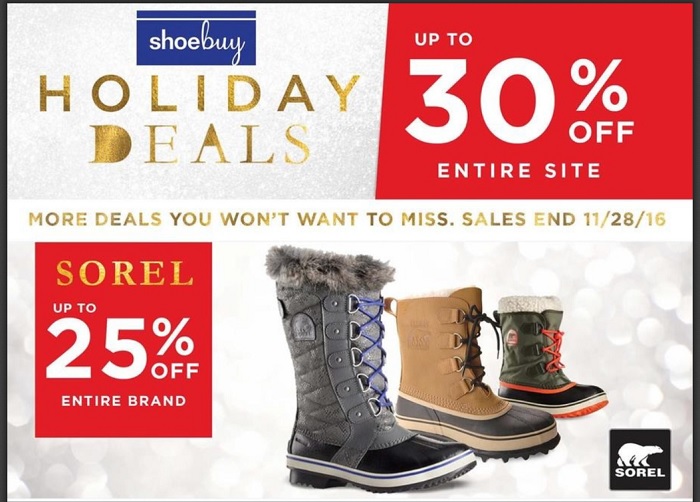