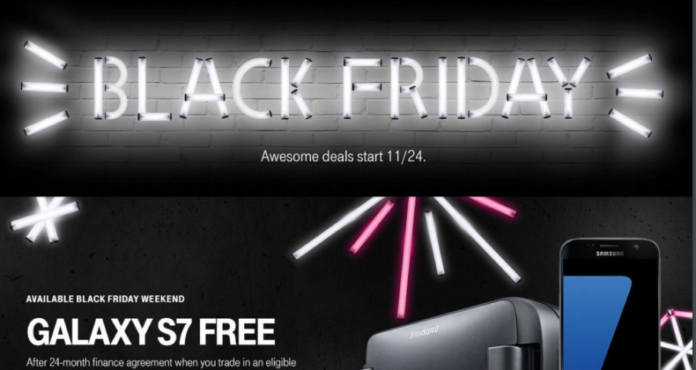 T-Mobile is one of the largest mobile carriers in the United States. They have hundreds of physical locations across the country, where customers are able to pick up T-Mobile supported tablets and smartphones. Although T-Mobile is generally known as a more inexpensive mobile carrier, sometimes the tech that they sell can be a little more expensive. On a national shopping holiday like Black Friday, however, that can change.

Recently, T-Mobile released a flyer containing all of their Black Friday deals to the public. This gives consumers like you and me the opportunity to preview and evaluate their sale before Black Friday actually comes along. This prevents us from wasting valuable shopping time on Black Friday, and it also gives us the chance to get a little excited about upcoming deals. In this article, I’m going to take about all of the Black Friday deals that T-Mobile mentioned in their Black Friday ad scan. I’m going to get to every deal in just this article, but if you still want to view the list of deals for yourself, simply scroll to the bottom of this article and click the image of the T-Mobile flyer. This will allow you to download the complete ad scan.

As you can see, T-Mobile has some interesting Black Friday deals in store for shoppers this year. Although they don’t have a ton of deals going on, I think that these deals cover a broad range of interests and needs, which means that most people could probably find something in this batch that could be of use to them. Although I just talked about every Black Friday deal that T-Mobile is offering this year, if you would like to view their ad scan for yourself, then all you need to do is scroll to the bottom of this article and click the image of the T-Mobile flyer. That will allow you to download and/or view the complete list of deals. Happy bargain hunting!

When does T-Mobile open for Black Friday?

According to this flyer, T-Mobile’s Black Friday deals will be kicking off as soon as Thanksgiving. Contact your local store for details as to when the doors will actually be opening.

As I mentioned before, T-Mobile will be starting its Black Friday sale on Thanksgiving. However, don’t worry too much if you aren’t able to stop by on that day. T-Mobile’s Black Friday deals are currently set to run through the weekend, which means that you can still take advantage of these offers on Friday, Saturday, and Sunday, as well.

It seems as though these deals will be available both online and in-store, since T-Mobile has significant storefronts in both physical locations and through their website.

Just like any store that sells smart devices and contracts, T-Mobile’s return policy is kind of complicated. To begin with, to receive a refund from an item that you purchased from a physical store, you must present the original device in working condition with original packaging within 14 calendar days of purchase. You may be charged a restocking fee, and the value of that fee depends upon what you’re trying to return. To complete a refund like this over the phone, you have 20 calendar days, but you are responsible for ensuring that your device and its original packaging are sent to T-Mobile with a return form in a timely manner. You may be charged a restocking fee in that case, too. If you want to learn more about T-Mobile’s return policy, I suggest that you check out their website.

If you would like to view the full 4-page Black Friday 2016 ad for T-Mobile, then all you have to do is click the image below to see the complete ad scan. 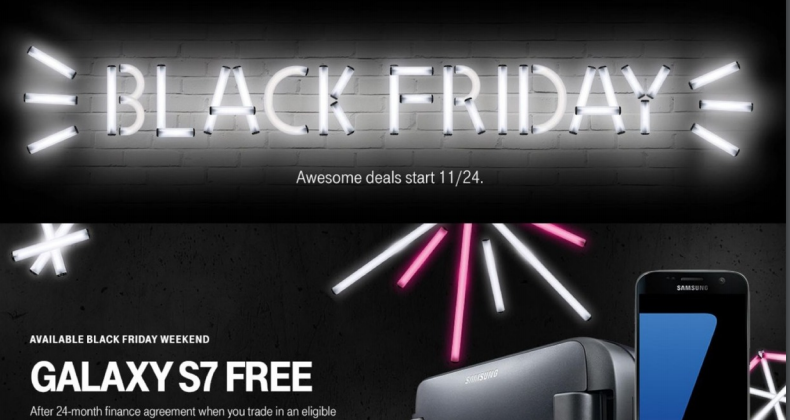