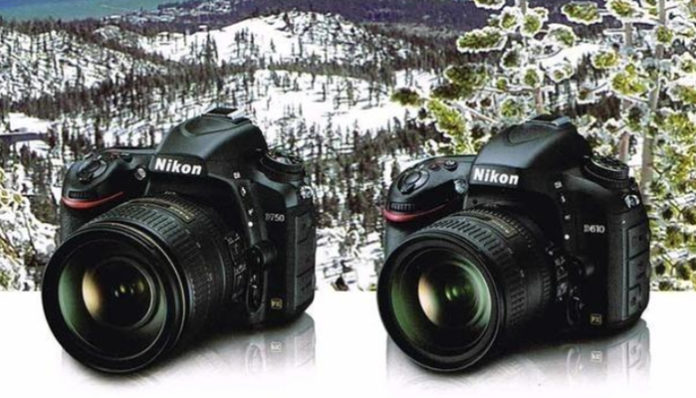 Black Friday is coming up and there’s no doubt that many of us are scouring ads for hot deals- after all, why buy something at their retail price when you can just wait for their prices to drop during the Thanksgiving weekend? It’s no secret that most stores in the United States participate in the event- it’s one of the biggest sales events of the year. While shoppers tend to snag deals of all kind during this time, electronics in particular tend to be a major hit. However considering their normal costliness and how they’re typically heavily discounted during Black Friday, it’s really no surprise that people swarm to the stores for a chance to grab them off the shelf. From video game consoles to LED TVs, there’s no doubt that electronics make up a huge part of Black Friday sales in the country. In this particular article however, we will be talking about DSLR cameras.

DSLR cameras, otherwise known as digital single-lens reflex cameras, are unique in that they utilize the mechanism of a single-lens reflex (SLR) camera along and a digital image sensor to capture images and video. Used by millions of amateur and professional photographers worldwide, they offer much greater quality than their point and shoot counterparts. Highly versatile, DSLR cameras offer their users total control over the settings from shutter speed to their ability to shoot in RAW mode. On top of their built-in flexibility, both DSLR and SLR cameras can be fitted with a number of enhancing accessories such as add-on flash, lens and filters- the options are endless. Taking into account their pros and benefits, there’s really no question as to why they’re continually growing in popularity.

However as with all nice things, DSLR and SLR can be expensive- the former, especially. An entry-level DSLR camera for beginners can easily run anywhere from $400-500 dollars; it’s not uncommon for more professional models to cost upwards of >$1000- and that’s not including all of the lens that you’d need to purchase and use. Lucky for us however, DSLR and SLR cameras typically go down in price during Black Friday and this year is no exception. Many big electronic retailers are offering DSLR and SLRs for bargain prices including Kohl’s, Costco, Best Buy, Target, Nikon, BJs Wholesale and more. If you’re in the market for a new camera, then be sure to read on- we’ll be going over some of the best DSLR and SLR camera deals for this upcoming Thanksgiving weekend.

Fitted with an 18 megapixel sensor, the Canon EOS Rebel T6 is capable of DIGIC 4+ image processing and captures video is beautiful 1080P High Definition. Perfect for beginners, it comes with a 18-55mm and 75-300 lens to get you started. WiFi-enabled for easy sharing of photos.

Easy-to-use, the Canon Rebel EOS T6i DSLR Camera boasts a 24.2 megapixel CMOS sensor and a standard EF-S 18-55mm lens. As an added extra, it also comes with the versatile 55-250mm lens. Built-in Wi-Fi makes sharing your captured photos a piece of cake. Will come with a free SD card.

Lightweight with outstanding controls, the Nikon D3400 DSLR features a 24.2 megapixel CMOS sensor for incredible sharpness and clarity. The bundle includes to lens- an 18-55 f/3.5-5.6G VR lens and the 70-300 f/4.5-6.3G for super telephoto zoom. Comes with a free 32GB memory card- so it’s ready for use right out of the box.

Whether you’re capturing photos or videos, Nikon D5300 DSLR’s 24.2 megapixel image sensor will not disappoint. Wi-Fi enabled, you can instantly send your favorite shots to your tablet or smartphone. Comes with a standard 18-55mm and a 70-300mm lens and a free 32GB SD Card for ample storage for your media.

If you’re a beginner photographer who’s in the market for a DSLR starter kit, Best Buy’s Black Friday deals may be worth looking into- especially since they’re pairing them with free 32GB memory cards!

Delve into the world of photography with the Nikon D5300 DSLR Camera Kit, now only $599.95 with $500 of instant savings! Equipped with a 24.2MP DX-format CMOS sensor for breathtaking captures of both video and stills. Powered by the EXPEED 4 processor- you can shoot up to 5 frames/second or even in low light settings with high ISO settings.

A top contender of Nikon’s DX lineup, the D7200 DSLR Body is capable of taking stunning shots in low-light with impeccable image quality. Fitted with a 24.2MP CMOS Sensor and an wide ISO range (up to 25,600), you get sharper and more detailed images with every shot. Includes two separate SD card slots for ample storage and recording. Make it a kit (18-140mm DX VR NIKKOR Image Stabilizing Lens included) for only $1299.99- that’s a $400 savings!

Unleash your creativity with the Nikon D5500 DSLR Camera Kit. With a 24.2 megapixel DX-CMOS sensor and an EXPEED 4 image processor, it captures amazing videos and images every time. Features a 3.2 inch touchscreen display for easy viewing of your photos. Also available in red, it comes with the versatile 18-55mm DX VR II lens.

Take authentic shots with the 24.1 megapixel Nikon D7100 DSLR Body. Powered by the EXPEED 3 Processor, it delivers fast and powerful processing. Featuring a wide ISO range (100 to 6400), it can shoot up to 100 images consecutively at 6 FPS. Wi-Fi enabled so you can share your photos quickly and convenient. Make it a kit (18-140mm DX VR NIKKOR Image Stabilizing Lens included) for only $999.95- a $400 savings!

For advanced and professional photographers, Nikon’s official store will be discounting a handful of higher-end DSLR cameras as mentioned above. The D810 and D500 will even come with free multi-battery packs- now that’s a bargain!

Capture life’s special moments in amazing detail with the Nikon D3400 DSLR Camera Bundle- now $500 off at BJs Wholesale! Includes a 18-55mm and a 70-300mm Lens for versatile photo-taking. Comes with a free 32GB SD Card and Case, it doesn’t get much better than this.

Equipped with a 18.0 megapixel CMOS Image sensor, this Canon EO6 T6 DSLR Camera Kit comes with two lens- the 18-55mm and the 75-300mm lens, both versatile and easy to use. Included is a 32GB SD Card- simply pop it into the body and begin taking your shots. Will come with a coupon for a Free HD Photobook.

Now priced $400 lower at BJs Warehouse, the Canon Rebel EOS T6i DSLR Kit comes ready to use with an 18-55mm lens and a 55-250mm lens. Boasting a DIGIC 6 Image Processor and a 24.2 CMOS image sensor, it takes crisp photos and full-HD videos. Comes with all the necessary accessories including a 32GB SD Card and a carrying case for easy transport.

If you’re looking around for a deal on DSLR kits, BJs Wholesale may have some things which you might be interested in. Both their Nikon and Canon bundles are priced competitively, although they add-in a few extra goodies such as a 32GB SD card, a carrying case and a Free HD Photobook coupon!

If you shop regularly at Office Depot and Office Max and are wanting an entry-level DSLR Camera Kit, then consider their Canon EOS Rebel T6 Bundle. Not only is it priced competitively, but it will also include a free $50 gift card for future purchases at their store!

Capable of 5 FPS burst shooting, this Nikon D3400 DSLR Kit from Costco features a 24.2 megapixel image sensor that can take stunning videos in 1080P HD. Bluetooth ready, it can easily be paired with smart devices such as mobile phones or tablets. Comes complete with two lens, two batteries, a 32GB SD Card and access to Nikon’s Online Class. Includes extended 2 year warranty on the DSLR body.

So there you have it- some of the best DSLR deals out there that this Black Friday has got to offer. Depending on the store and where you are located, you may even be able to purchase the cameras online so you can skip the lineups on the Thanksgiving weekend. While many electronic retailers are offering similar prices for their DSLR cameras, it’s still worth shopping around as different stores appear to be giving out different goodies (e.g. coupons, free giftcards, etc) along with the purchase. For those of you who may be looking for a more advanced device however, you may have to shop at Nikon’s official store as they have the widest variety of models to choose from, from entry-level to some of the most advanced DSLR bodies.

If nothing in particular from our list caught your eye, don’t worry. There are many other DSLR deals out there this upcoming Black Friday; however considering the number of hot buys advertised this year, we just aren’t able to mention them all on this page. Remember as with all amazing bargains, supplies will be limited and there will be no rain checks- so be sure to head on over to the stores early this forthcoming holiday weekend to snag the items that you’re after and to beat the lineups!