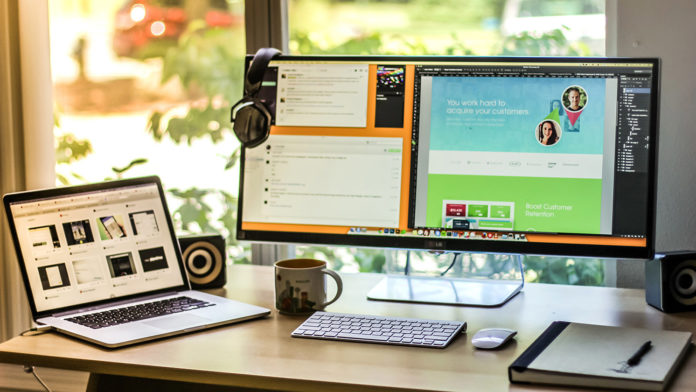 In this economy, people may be reluctant to spend money on luxuries. Everyone experiences buyer’s remorse from time to time, and I’m sure that everyone has bought something before that they realized later on that they didn’t really need. Cyber Monday is a national shopping holiday that allows people to buy some pretty extravagant goods without having to feel quite as guilty about it. One thing that people tend to buy during these types of massive sales? The ultrawide monitor.

If you own a desktop computer, you own a monitor. However, there’s a very large difference between owning an old dusty Dell 720p monitor and owning a 4K monitor. It’s one of those purchases where you can very finely scale exactly how much you’re spending. Ultrawide monitors are simply monitors that are just that — very wide. Their standard resolution sits at 2560 x 1080, but there are a few exceptions.

They are popular among people who don’t have the space or the specs needed to run a dual-monitor setup, but still like the idea of having a large display. In this article, I’m going to be breaking down some of the best Cyber Monday deals on ultrawide monitors, across a wide variety of price points and retailers. Without further ado, let’s take a closer look at some of these monitors, shall we?

Ultrawide monitors aren’t for everyone, but people who own them will sing their praises until the cows come home. Here’s a display that’s large enough to serve as two monitors, without having to have an annoying bezel in between. Whether you want to use it while you game, watch movies, or just surf the web, an ultrawide monitor is sure to enhance your overall viewing experience. Amazon, Newegg, and Best Buy all have some solid ultrawide monitor deals, but you may still want to see if you can explore other options to see if there’s anything better out there. With that said, though, I think that Newegg has the largest quantity of deals relating to computer monitors by far.

When it comes down to it, Cyber Monday purchasing decisions are just like any other. You can only get so far by comparing deals across different websites. Along with this information, you also need to consider things like return policies, shipping costs, warranties, and so on. This may sound harsh, but you’re kind of on your own from here. You need to evaluate your own situation and budget to determine what offer is right for you. Anyway, even if you decide that you’re not going to splurge on an ultrawide monitor, I still hope that you’re able to find whatever it is that you’re looking for on Cyber Monday this year. I hope that this article helped you learn a little bit about what’s available, too.