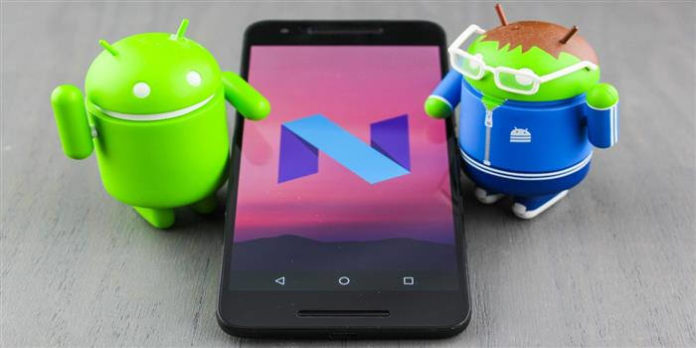 Android “N” has been already progressing as the next big Android operating system release, even though Marshmallow has only been out a short period of time. Android “N” is now referred to as Android 7.0 and Android Nougat as well. Here is how you can update an HTC device to the newly released Android N.

Why Upgrade to Android 7.0?

Unlike Android 6.0 Marshmallow, 7.0 isn’t a gigantic leap forward in terms of Operating System features or design. But, this hardly means it should be ignored, because what it does lack in innovation in these two departments, it more than makes up for in efficiency, security, and plenty of other minor improvements.

After updating to Android 7.0, you may notice that your phone will use less battery as well as less data from your network. One of the biggest issues to be resolved from Android Marshmallow was the tendency for the phone running it to run “hot” due to repeated callback attempts. This would happen when an app stopped functioning properly, or when synching did not occur in the expected manner. Users who have had short battery lives as a result of this may discover a charge lasting hours longer than before, and those gigabytes of data lasting at least a little longer than they had in previous months.

In terms of security, Android 7.0 Nougat offers two significant upgrades over its predecessor.
The first is that on the development side, more apps aimed at Android Nougat will have less permissions. Instead of letting apps have essentially free reign over your phone, many developers will have their apps limited only to folders within the phone that would be needed. For example, with android Marshmallow and before, if you gave an app permissions to access photo folders, all would be accessible. This would mean if you had an SD card full of photos, and just a few on internal storage you wanted to use for the app, both would be available to said app. In Android Nougat, with what’s called “Scoped Directories”, the app in question would be only able to access the internal storage unless explicitly stated otherwise.

The second is more on the user side, where Direct Boot has been implemented. Direct Boot more or less allows apps to function even after a reboot has occurred and you’ve yet to re-sign into your phone. Now, this does not mean that data encrypted by your login is available for either apps or users, in fact, that’s the major improvement for both security and functionality; Key features can still be accessed even if you don’t realize a reboot has occurred, while keeping your data safe at all times.

Now that we have covered some of the key features that may make you decide on upgrading to Android 7.0, let’s take a look at how to do so with the HTC 10 .

Whenever you plan to do anything that messes with the files of your device, it is often a wise idea to back it up. This is a relatively quick process that can save a lot of heartache should any sort of error happen. My preferred method to backup devices is through Android Backup Service, which uses your Google login and Google drive account to store everything you may need to recover.
To enable this for the HTC 10, do the following:
Navigate to the home screen, and tap on the grid button.
Next, select settings. Then select the Backup & Reset option.
Now, select Back Up My Data, and make sure the switch is turned on. Then press the left arrow button.
Lastly, ensure that Auto Restore is turned on.

Method One: Wait for your device to Get an OTA Upgrade

This may sound silly, but the fact of the matter is that HTC 10s are among the very first smartphones that have Android 7.0 available for download “Over The Air”. So, if you aren’t terribly keen on altering any software or OS settings on your phone, as of October 2016, you should be notified when an update is available for your device. If it is, then your next step is (if possible) to connect to a Wi-Fi connection to save your data, and if below 50% battery charge, plugging your device in. From then on, just confirm you wish to download and install the update, and give your phone a few minutes to do so. It will likely take less than 20 minutes for a full upgrade. Do keep in mind that depending on your apps, there may be a small optimization period so that way everything will work as it should.

While not quite as simple as having the Over The Air Update occur, if for some reason you were unable to get the update in that manner, a manual request only takes a few more steps.

First, if at all possible find a Wi-Fi connection, as updates often take quite a serious amount of data. Also plug your phone in if you’re below 50% battery life.
Next, go to Settings and select About Device near the bottom of the menu.
Then, simply tap the Software Information to check both the status of your phone and to search for updates.

If your phone is already set by the provider to be allowed to download the Android 7.0 update, it should only take a few moments. Then following optimization process for your apps should in turn only take 15 minutes, and will ensure your apps will run as best they can with the new operating system.

Method 3: How to Get Nougat if All Else Fails

As a fair warning, this following section will include a process called jailbreaking, in which we will allow ourselves to download and use unauthorized software on our phones. Depending on your carrier, this may void your warranty, though this should not interrupt your service. In fact, HTC is one of the few who still honor warranties even if the HTC 10 is jailbroken/rooted, so this may circumvent carrier rules. Another warning: We will not be installing standard factory images of Android 7 Nougat, as there is not a readily accessible version of Android 7 .zip files for the HTC 10 at this time. Instead, we will be using XDA Developer builds, which have options that include the new Android 7 architecture. At time of writing, many of these are currently still “nightly” builds, so updates come frequently, as will an official release.

Jailbreaking will require the downloading of software and tools from 3rd party sites, and connection to a computer via USB. If you have yet to back up your phone before trying this method, it is again heavily encouraged you do so. Following through with this method does run the risk of data deletion or damage to your device if improperly done. With those warnings out of the way, let’s begin.

Step One: Jailbreaking (or Root) the HTC 10

To Root the HTC 10, the first step will be to unlock the Bootloader. To do this, follow these steps:

First, on your computer, be sure to download HTC USB drivers. While this can be done after plugging in your HTC, it’s a better bet to do so manually using the HTC Driver download link. Also download and install an App Debug Bridge program (I selected Minimal ADB, found here ). Hold off on Finishing the full installation and running the program until directed to a little later. Lastly, go to the HTC Dev Website and register as a new user. Then, open the Unlock Bootloader Page and have it in the background.

Then, we need to enable development options on the HTC 10. To do so, go to Settings, then About. Tap on Build Number until a message appears indicating you are now a Developer.

Now, tap Back, and select Developer Options. Ensure that USB Debugging is enabled.

Next, turn off your phone as we are going to need to boot it into bootloader mode. You can do this easily by pressing the volume button and power button.

A prompt should appear allowing you to pick Bootloader from the options. Use the volume keys to highlight it, and tap the power button to select it. Now, connect your phone directly to the computer.

Now in the proper command line, type in “ fastboot oem get_identifier_token” without quotation marks. You will be presented a large hexadecimal number set which is your token. Copy this using your mouse, and navigate back to the Unlock Bootloader site for HTC.

On the supported devices drop-down, select “All Other Supported Models” and hit begin. Then, confirm your choice on the following popup. Agree to the legal terms, and then on the next page just select Proceed to Step 5.

Paste in the Device Identifier Token you just copied down, and submit it in the form provided. Next, check your email address that is registered to the HTC account, and a .bin file will be sent as an unlock code. Drop it into the Minimal ADB and Fastboot folder.

Now, return to the command prompt and enter in “fastboot flash unlocktoken Unlock_code.bin” or if your .bin has any other name, swap it to that.

Your phone should not reboot automatically, and give a warning, confirming the job was done correctly. Take this moment to congratulate yourself, you’ve almost finished the task on the whole.

With the bootloader open, we now have the option of adding in our own files to replace our standard operating system, and as mentioned before, we will be doing so with a customized version of Android Nougat.
To start this step, browse through the XDA Developer ROM forums to find one that fits your personal style for the HTC 10 .

Now, we also need to add on a few more small pieces of software to your HTC 10 so that way it can run your desired ROM, namely TWERP and SuperSU (both of which can also be found on the XDA source site).

Once you download both these programs, transfer both from the save location to inside the ADB program file folder. From here right click the file explorer directly below them and open the command prompt.

afterwards, you should see a confirmation of completion of this step. Now, you can go ahead and unplug your device from the PC.

Next, set the phone into recovery mode yet again (pressing Volume Down and Power for 5 seconds). Now, search for Install and select the supersu.zip file. After completing the install, you’ll need to select Reboot System yet again.

Lastly, plug in your phone one more time to push the zip for the custom rom, replacing the supersu.zip mentioned above for the specific .zip file name. Install it after setting into recovery mode as you previously had, and on the next full reboot, your phone should now have a brand new Nougat equivalent.