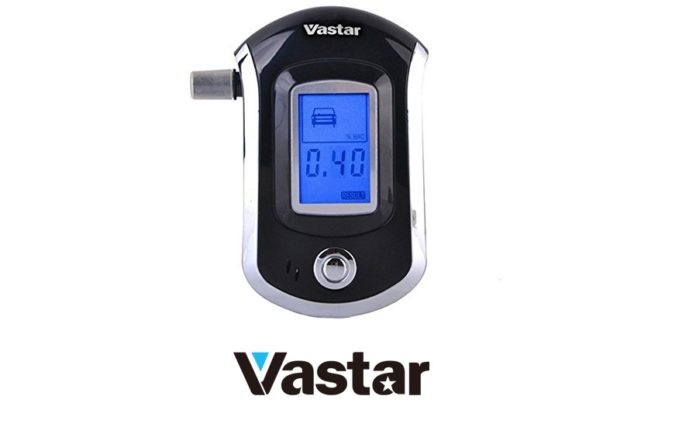 This is a new one for me. Up until the other day I had no idea that you could buy alcohol breathalyzers online. I always felt they were like speed cameras and certain kinds of baton, exclusively a government thing. I realize now that that is absurd, so I set to work looking at these curiosities. Up first is the Vaster Professional, a compact design that is on the lower end of the quality ladder.

Testing the item is going to be a little interesting, this is my first one, and so I don’t have the benefit of a good base top of the line guaranteed accurate model to compare against. I decided on a plan that would at least tell me if the little breathalyzer could at least differentiate between different levels of inebriation. That at least would give me a fair idea as to its effectiveness, in relative terms at the very least. So I got together a few friends to try it out, all of us of similar build, with each of us drinking slightly different amounts, taking measurements as we went.

Before I get to the results of my findings  let’s talk bit about the product itself. Design wise it reminds me of those old Zen mp3 players from back in the early 2000s. It is a small handheld device with a smooth black plastic finish. The LCD screen is a little low tech, displaying rudimentary numbers and words, but it is at least bright enough to be read anywhere. Using it is easy, press the big button on the front, and hold until it beeps. The screen will countdown from 100 then beep again. Once it beeps blow into the mouth piece and it will estimate your blood alcohol level. So far so easy.

That’s the thing that I was a little unhappy to learn, the accuracy as stated by the company is not high. The Vaster Professional cannot tell you that you’re under the legal limit, it isn’t specific enough. Keeping that in mind I pressed on with my experiment. We all breathed into it at the beginning, before we had been drinking and it judged us sober. So far so accurate. Then we drank two beers each. You are supposed to wait around 20 mins after your last drink before using the breathalyzer, so after the 20mins were up we tested again, and found that our levels were more or less even, in and around 0.03. Again, so far as I can find out, that is about right. I stopped drinking and had the rest drink another 2 beers. The numbers slowly climbed, as everyone became slowly more drunk. So as far as I can tell this little $18.99 device really can give you a fairly accurate reading on your blood alcohol level.

It is stated in the manual that you should not use this to determine whether you are able to drive. And I agree wholeheartedly with that. Any amount of alcohol can impair your driving, so please be careful. In addition to the core breathalyzer you also get a set of 10 mouthpieces, in case you all were wondering if a group of guys were all blowing into a saliva soaked breathalyzer.

Overall I came away more impressed than I thought I would. Considering the price the Vaster Professional may be worth your time. I like to think of it as both a fun little curiosity that can be brought out at parties, and also a way of granting peace of mind. In the face of an obstinate friend, it can be the difference between them wrestling their keys off you and getting a cab. Drink responsibly and drive safely.

To take advantage of the best price online and all the available discounts automatically at Amazon.com you can click here.