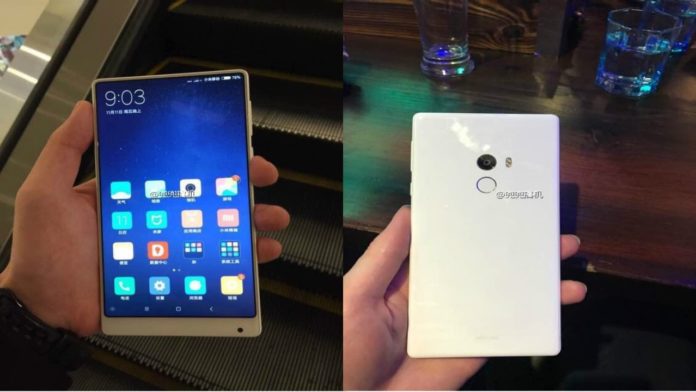 A few weeks ago, Xiaomi released what many consider one of the most impressive phones of 2016. It is not difficult to see why as the phone has a nearly edgeless display, which is not very common in smartphones today.

The Xiaomi Mi Mix, released on November 4, is only available in China and it’s already been reported that it won’t be released in India, one of Xiaomi’s most important markets outside of China. Xiaomi is reportedly making just 10,000 Mi Mix phones every month, making it difficult to buy as they have sold out in seconds.

The Xiaomi Mi Mix has sold out in 10 and 30 seconds during its first two sales, with the first being a new record for the company. A release of a second Mi Mix would not only give more customers the chance to buy one but also offer a smaller option as the Mi Mix has a 6.4-inch display. It is also rumored that the phone could be announced by the end of the year.

The Xiaomi Mi Mix was introduced with one color option, black. The phone looks amazing in that color but a recent leak showed that the company could be adding a second color option. The photos show a Xiaomi Mi Mix in white and while that’s not been confirmed by the company, many believe it could be announced soon.

The Xiaomi Mi Mix has sold out in less than a minute during its two sales and while it will probably continue to be very difficult to buy in China, the company could be releasing a smaller version soon. Xiaomi has not announced the new color option or the smaller Mi Mix but if true, at least customers will have more chances of buying one. Xiaomi is also rumored to be working on the Mi 5c, so the next few weeks or months could be very interesting.