The 5 Most Searched Smartphones On Google In 2016 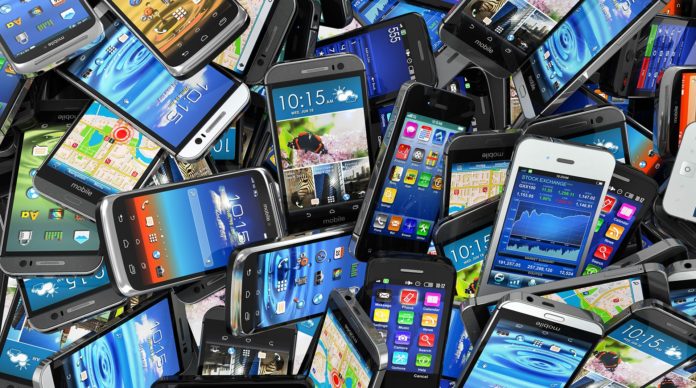 There were so many phones released in 2016 but some caught the attention of the world for its price or impressive features. 2016 is almost over but a list of the most search phones on Google has been revealed. The search giant has released a list of the top searches for many categories, including consumer tech. Here are the most searched smartphones on Google in 2016:

The Apple iPhone 7, released three months ago, was the most searched smartphone on Google in 2016. Throughout the year, there were so many rumors and images of what Apple would release for its next iPhone. The tech giant unveiled the iPhone 7 in September 7 and even though it was very similar to the iPhone 6, the phone still caught the attention of a lot of people with its few changes. The iPhone 7 Plus was released with a dual camera but the biggest change was the removal of the headphone jack, which had been rumored months before the release. Still, the removal of the headphone jack was not well received by all and is still being talked about today.

Apple is rumored to be working on an iPhone 8 for 2018, so all the big changes and new features are said to be coming with this phone. The iPhone 7s and iPhone 7s Plus are also rumored to be releasing alongside the iPhone 8.

The Freedom 251 smartphone made news around the world when it was announced with a price of $4. The specs weren’t bad and even though there were still questions as to how the company was able to release a phone at such a low price, many pre-ordered it. The release wasn’t perfect as the official site of the company couldn’t handle the amount of visits per second in the first day of sale and many of the people who pre-ordered the phone were given their money back.

The Freedom 251 has one of the best prices for a smartphone today but it is currently very difficult to buy one as there have been rumors about the company shutting down. Earlier this month, it was reported that the company would not shut down and would deliver more smartphones. The Freedom 251 smartphone release didn’t go well but it is not difficult to see why it was one of the most searched phones of 2016.

The iPhone SE, released in March 2016, gave customers a much smaller version of the iPhone. The iPhone SE arrived with a similar design to the iPhone 5 and iPhone 5s but with the latest features and hardware of the latest iPhones at the time. The size made it a good option for those who like having smaller phones and the price was a few hundred dollars lower than the iPhone 6, iPhone 6 Plus and iPhone 6s.

A recent report mentioned that Apple may not release a new version of the iPhone SE in 2017. iPhone SE users may have to wait longer for a new version but the release of this phone in March led to it being the third most searched smartphone in 2016.

The iPhone 6s is still a nice option for those looking to buy an iPhone at a lower price. The improved version of the iPhone 6 may not be the latest phone from Apple but is still one of the most searched on Google. The iPhone 6s remains very popular as some have decided to keep the phone to wait for the rumored iPhone 8, which is said to be coming next as part of the tenth anniversary of the iPhone.

The Google Pixel smartphones, released in October 2016, are the replacements to the Nexus line. The phone from the search giant appear to be doing well as most tech sites have given them high ratings in their reviews. Google says the phone has the highest rated camera and a battery that lasts all day.

The Google Pixel and Pixel XL may be very expensive but the phones are considered by many as one of the best Android phones you can currently buy.