The 8 Biggest Transfers of the Chinese Super League 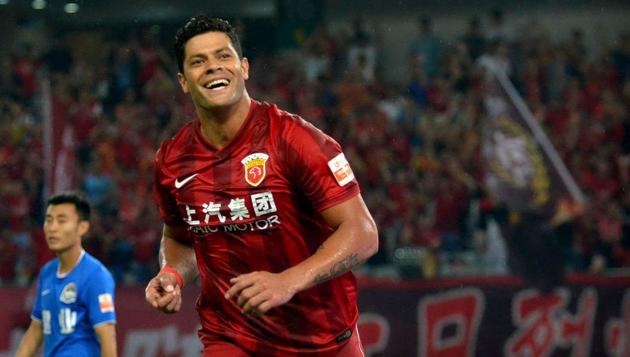 The CSL is getting better and better and 2016 has been an impressive year as teams have signed a number football stars from other leagues. The moves are not only good for the league as it will add more stars but also for the players, who are now earning a lot more than what their previous teams would offer. Here are the eight biggest transfers of the league in 2016:

Earlier this year, Guangzhou Evergrande made one of the biggest moves of the year by signing Jackson Martinez. The move made the team a lot better but it was also very expensive as it was for $45.8 million. Jackson Martinez had signed with Atletico Madrid six months before and while the move to the Chinese Super League was a little surprising as he had just played half a season with the team, it made sense as it would give the Spanish club more money to sign the players they needed.

A few months ago, it was rumored that Jackson Martinez wanted to leave the club and return to Europe. The rumors mentioned that he wanted a move to a Serie A team.

In February, the league set three transfer records in ten days. Alex Teixeira was one of the stars that set a new transfer record by joining the Jiangsu Suning team. The move was for $56 million dollars. Liverpool and a few other teams were reportedly interested in signing the star before his record move to the Chinese Super League.

In January, Gervinho also made a move to the CSL. He joined Hebei China Fortune FC, who spent $18.81 million to sign him. The deal would also give another $1.05 million to Roma depending on his performance. Gervinho had previously played for Roma and Arsenal but his best salary is probably in the CSL, where he will be making $24 million over three years or $8 million per season.

Hebei China Fortune FC continued to make moves after signing Gervinho in January. The team signed Ezequiel Lavezzi just a month later. The move wasn’t as surprising as his new salary, which made him the 5th best paid footballer in the world at the time. Before moving to his new team earlier this year, Lavezzi was playing for PSG and many other teams were reportedly interested in signing him. Chelsea and Manchester United were two of the teams rumored to be interested in signing Ezequiel Lavezzi.

Fredy Guarin played with Inter Milan for four years and while he was there, it was rumored that Juventus and other teams were interested in signing him. The move to another team in Europe never happened but he did join China’s growing football league. Inter Milan reportedly earned $13.59 million from this move.

In six seasons with Chelsea, Ramires won a number of trophies. But in January, the midfielder decided to move to the Chinese Super League in a $30 million transfer. It didn’t take long for Ramires to impress fans as he scored a goal in his debut. In July, he was suspended for four games after an altercation with a referee.  That was shocking as he had only ever been shown one red card while playing for Chelsea but it wasn’t as shocking as his move to the Chinese Super League.

In June, the Chinese Super League broke the transfer record once again. The transfer was for $60 million and gave Hulk a great salary. The striker now reportedly earns around $390,000 a week. In July, Hulk made his debut and scored just after nine minutes. The debut wasn’t perfect as he got injured minutes later but Hulk is known for scoring goals, so he is a good signing for his team.

Yesterday, the Chinese Super League added another star. We’re talking about former Chelsea midfielder Oscar, who has joined Shanghai SIPG in a $73 million transfer. This move not only brings another star to the league but also sets a new transfer record, which had previously been broken a number of times in just a few days. The Hulk transfer was the previous record holder and while the latest transfer brings another star to the league, many experts are now worried as the numbers seem to be a little high. Oscar will reportedly complete his move to the team in January.

The league has made a number of moves in 2016 and that will probably continue next year.  Wayne Rooney was reportedly offered more than $800,000 a week to play for a team there and he isn’t the only one. Carlos Tevez, who joined Boca Juniors last year, has reportedly received an offer that would make him one of the highest paid football players in the world.