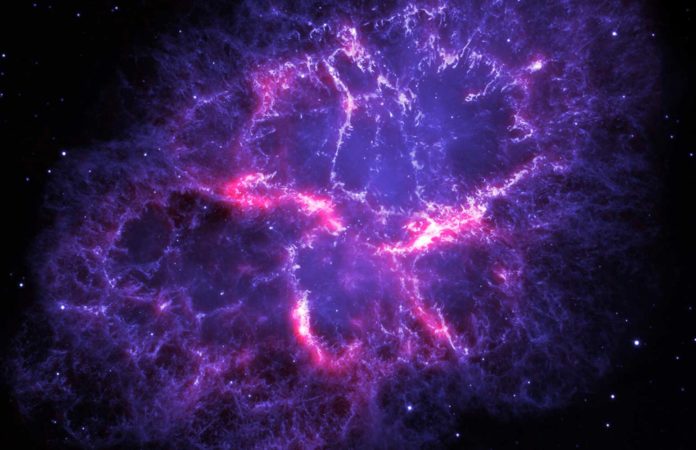 Ever since Antimatter was conceptualized in the turn of the 20th century, physicists and researchers have often wondered what sort of properties antimatter may have, and how it would interact with out matter filled universe. Recently, CERN has done what has been attempted for decades: Captured spectral data of antimatter. What does this mean, and what possible implications are there to our understanding of the universe? Here, we find out.

Some may be wondering why this is a big deal, and furthermore, what antimatter is anyways. Well, to explain Antimatter, we first need to quickly recap the fundamentals of matter and how the two interact. All things considered matter in the universe are composed of atoms, which in turn are composed of a large nucleus including protons (large positively charged particles) and electrons surrounding the nucleus of the atom, which are small negatively charged particles. The matter described above once was thought of as the only make-up of any fundamental particles, and thus the core of all existence in the universe. However, in 1929, as the Theory of Relativity and Quantum Theory were both gaining traction, the idea of a positively charged electron (later called a Positron) would be postulated by a British Physicist, Paul Dirac.

This idea, as a result of a formula which allowed for both the explanation of the creation of both electrons and the positrons, would eventually be proven right as in 1932, Carl Anderson’s Cloud Chamber experiments would show the existence of the tiny, positively charged particle. These would soon be used in medical imaging technology (particularly Positron Emission Topography) which allows for the release of gamma radiation once the positron interacts and annihilates an electron from normal matter, and thus can provide an “activity” map of certain regions of the body, particularly the brain. As you may have already guessed, there are also negatively charged protons, (antiprotons) which have in the past been quite hard to produce, and much harder to keep in existence. For a frame a reference, the paper shown in Nature for this spectral data kept antimatter in existence for an astounding 1/8th of a second, far longer than most other experiments.

Now, why does this antimatter last only fractions of a second at the longest? Well, it is due to the fact that due to opposite charge, not only are antimatter and matter attracted to each other, but also due to the force of the collision, any collision of matter and antimatter causes a complete annihilation of both. Instead of some sort of atomic “wreckage” remaining, both are transferred into energy and thus effectively cease to exist.

The Importance of the Spectral Data of Antihydrogen

As noted within the study itself, the spectral data of hydrogen was used as a cornerstone for further observations of light based data. Spectral data can be seen as either atomic or molecular “fingerprints” where the electrons (or in the case of Antihydrogen, positrons) are excited by light, and in “calming down” release light as they resume their normal orbits. In the past, this has been used to identify compounds, to estimate the orbitals in which the compounds electrons lie in. In the case of Antihydrogen, to fit neatly into our understanding of the Universe, it would need to essentially match the spectral data of Hydrogen. Luckily for physicist, particularly those at CERN where the research was taking place, exactly that happened. This confirms that the shape, charge and orientation of matter and antimatter are essentially equal, and opposite. So that leaves one exciting question that we’ve been asking for several millennia: How are we here?

The New Problem from the New Discovery

With the addition of this new data, many scientists consider the possibility that within the Big Bang event, there were likely equal amounts of matter and antimatter in the early Universe. Given the rarity of antimatter currently, this would lead one to naturally assume that there was a mass annihilation event early on, which would cause an equal amount of matter to be destroyed. Answering how some matter may have remained and became not only us, but the observable Universe may well be the next major question to be worked on. But until then, we are left asking the same question, as we have since we’ve had the awareness to ask it in the first place.