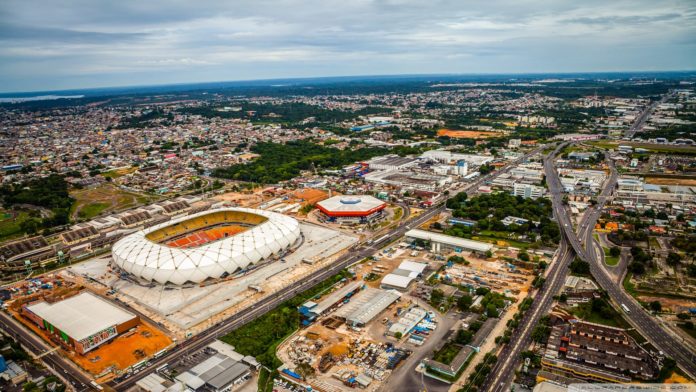 It’s been over two years since Brazil was the host of the 2014 World Cup but the tournament is now being talked about authorities because they say stadium costs were inflated by the construction companies. The companies in charge of completing the stadiums reportedly overcharged to build the venues.

The Maracana Stadium, one of the world’s most famous stadiums, is included in the venues mentioned by the construction company. The stadium underwent renovation from 2010 to 2013. The stadium has been renovated three times in the last 16 years. The cost of the latest renovation was more than $500 million.

Brazil’s antitrust agency, CADE, said on Monday that the construction company had given information on eight of the 12 stadiums used for the World Cup. The antitrust agency also revealed that there are at least five other companies that inflated the costs.

For the 2014 World Cup, Brazil used 12 stadiums, including the Maracana Stadium, where the final was played between Germany and Argentina. Some of the stadiums were built for the event while others were renovated. Brazil spent billions building and renovating the stadiums but some of them were not completed in time. Back in May 2015, it was reported that some of the World Cup stadiums had been completed ten months after the event.

Months after the event, the stadiums remained empty while some saw just a few events. It was also reported in May 2015, that the most expensive stadium for the 2014 World Cup was now being used as a bus parking lot. According to the NPR, the cost of the stadium was $550 million. The 2014 World Cup cost an estimated $15 billion while the Rio 2016 Olympics cost nearly $12 billion.

In October 2007, Brazil was awarded the 2014 World Cup. CADE says the companies began making agreements shortly after. The construction company handed over evidence, including emails to authorities.

Brazil spent billions renovating and building new venues as the host of the 2014 World Cup and Rio 2016 Olympics. The country will also host the 46th edition of the Copa America in 2019.