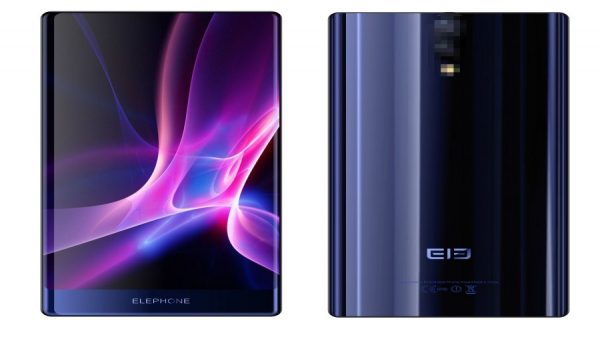 The bezel-less Xiaomi Mi Mix recently made its debut and the company has been selling them fast. But the company could soon have competition from Elephone as their next phone, the Elephone S8, is said to have a similar display to that of the Mi Mix.

The price and release date is unknown but from the recent information, it appears that the company is planning an impressive release. The Elephone S8 has a bezel-less design that reminds some of the Xiaomi Mi Mix.

Elephone has released a number of phones in the past but the Elephone S8 could be its best release yet as the few companies who have released phones like this have had success. The Xiaomi Mi Mix, which was announced in October and released the following month, has been a huge success for the company as the phone sold out in ten seconds during its first sale. During its second sale, it took the company just 20 seconds more as the phone sold out in 30 seconds. Not only is the Xiaomi Mi Mix an impressive phone but the company also makes just 10,000 of them a month, making them a difficult phone to buy.

For now Sharp and Xiaomi are only two companies who offer a bezel-less display design but that could change next year. Elephone is one of the many companies that could be competing with the Xiaomi Mi Mix soon. A preliminary design of the Elephone S8 was recently revealed and the phone looks amazing.

Here are the rumored specs for the Elephone S8:

Xiaomi has caught the attention of everyone with its amazing Mi Mix phone but 2017 is getting closer and a few companies are rumored to be working on similar phones. It will be difficult to choose from all the phones coming next year but the Elephone 8 has fans waiting as everything that’s been rumored about the phone sounds amazing.

Which phone are you planning to buy next year? What do you think about the Elephone S8? Let us know in the comments.