What Happened to Jennifer Love Hewitt- News and Updates 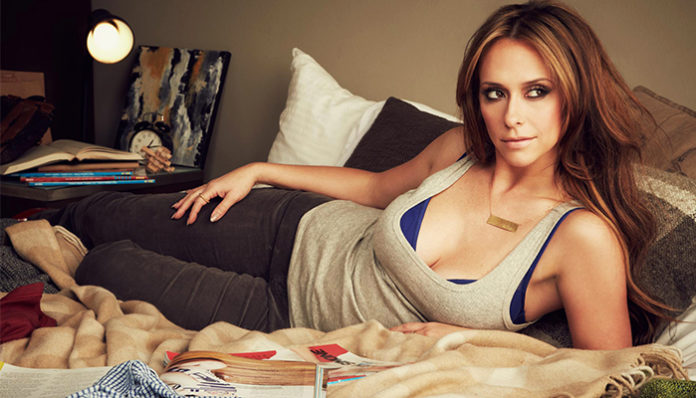 Jennifer Love Hewitt is an American actress who rose in prominence during the mid to late 90’s for her role in the Fox series, Party of Five. Attracted to music ever since she was a young girl, she sang in front of an audience for the first time when she was three years old at a livestock show. A natural performer,  Hewitt soon took up both ballet and tap dancing by the time she was five. After winning a Texas talent competition at the age of ten, she moved to Los Angeles with her mother in hopes of pursuing a career in singing and acting. After settling into the new city, it wasn’t long until she starred in over a dozen television commercials. However, her big break wasn’t until the late 1980’s when she was cast as a child actress in the Disney series, Kids Incorporated (1989), a role which she continued for two years. Following her time on the variety show, she made a small appearance in the TV film, Running Wide (1992) alongside actor, Pierce Brosnan.

After many years of playing smaller roles onscreen, Hewitt received a breakthrough when she was cast as one of the main characters in the teen drama, Party of Five (1995). Immensely popular on television at the time, the series was monumental in the launching of the actress’ career; to date, it remains to be one of her best-known roles on TV. A couple of other highlights from her filmography includes the horror flick, I Know What You Did Last Summer (1997) and the CBS drama, Ghost Whisperer (2005). A popular icon in pop culture, Hewitt has accumulated multiple awards and nominations throughout her multi-decade career including two Blockbuster Entertainment Awards, two Saturn Awards, a Kid’s Choice Award, a People’s Choice Awards, amongst numerous others. A Golden Globe Award nominee, she was also named as “The Sexiest Woman on Television” in 2008.

On top of being an award-winning actress, Hewitt is also an established singer. Under Jive and Atlantic Records, she has released four studio albums, most of which contain pop-oriented tracks. To date, her biggest hit remains to be that of How Do I Deal which reached number fifty-nine on the Billboard Hot 100 Chart. Aside from her independent music endeavours , she has also contributed to the soundtracks of many films including Can’t Hardly Wait (1998), I Still Know What You Did Last Summer (1998), The Hunchback of Notre Dame II (2002), and Scooby-Doo and the Alien Invaders (2002), to name a few. In 2010, Hewitt also authored a dating advice book called The Day I Shot Cupid.

So what has the well-known actress been up to these years? What are some of the new projects that she’s been working on as of late? What happened to Jennifer Love Hewitt? Where is she now in 2018? 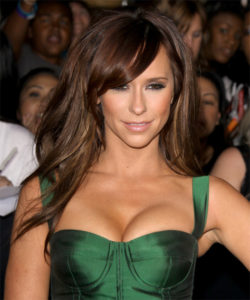 Born on February 21, 1979, in Waco, Texas, Jennifer Love Hewitt is the daughter of Herbert Daniel and Patricia Mae Hewitt, a medical technician and a speech pathologist respectively; she has an older brother named Todd. Growing up in the city of Nolanville after her parent’s divorce, the two siblings were raised solely by their mother. As a young child, Hewitt loved music; in fact, it was the very thing that first drew her into the entertainment industry.

When she was three years old, she sang a rendition of George Benson‘s The Greatest Love of All at a local livestock show. The next year, she performed in front of an audience for the second time at a restaurant dance hall. A dedicated performer, Hewitt was also a dancer and took up both ballet and tap dancing by the time she was five. When she was nine years old, she joined the Texas Show Team and toured around the Soviet Union.

Despite her flair for performing, it wasn’t until she won a Texas talent competition that she first entertained the idea of becoming an actress. Encouraged by talent scouts, she moved to Los Angeles with her mother, where she hoped to pursue opportunities in both singing and acting. It was there in the bustling city that she attended Lincoln High School as a teen. Shortly after settling down, Hewitt went on to appear in a number of television commercials. From there, she eventually landed her first role on the small screen when she was cast in the Disney variety show, Kids Incorporated (1989)ーa part which she continued until 1991. Around that same time, she also appeared in a short live-action video called Dance! Workout with Barbie. 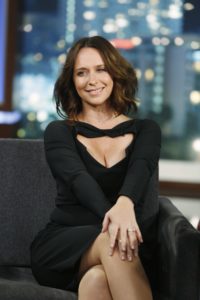 In 1993, the actress was cast in the NBC series, Running Wilde, playing the part of Pierce Brosnan’s onscreen daughter; despite its interesting premise however, the pilot was ultimately not picked up. Over the next few years, Hewitt appeared in a handful of films including Munchie (1992), Little Miss Millions (1993) and Sister Act 2: Back in the Habit (1993). In 1992, she was also cast as a recurring character in the short-lived comedy, Shaky Ground. A couple of her other earlier projects include The Byrds of Paradise (1994), and McKenna (1994).

After many years of performing in front of the cameras, in hopes of making it big, Hewitt received a breakthrough when she was cast as one of the main characters in the teen drama, Party of Five. Created by Amy Lippman and Christopher Keyser, the series revolved around five siblings, and their struggles to find their way in the world following the tragic death of their parents. Although ratings for the show were low during the first two seasons, it received much praise from critics, many commending it for exploring mature themes such as domestic abuse, substance abuse and parental loss. Named as “The Best Show That You’re Not Watching” in 1995 by TV Guide, Party of Five also went on to win a Golden Globe Award for the category of “Best Television Series – Drama.”

While actors Matthew Fox, Scott Wolf, Neve Campbell, Lacey Chabert, and Paula Devicq played the parts of the Salinger family from the start, Sarah Reeves Merrin, the character whom Hewitt played, didn’t debut until the series’ second season. Introduced as a sensitive high school teenager, she later becomes the love interest of Bailey, the second oldest Salinger sibling. Her first major role in an immensely popular television series, it earned her much recognition as an actress, as well as a Kid’s Choice Award nomination in 2003. To date, it remains to be one of her most prominent roles on television. 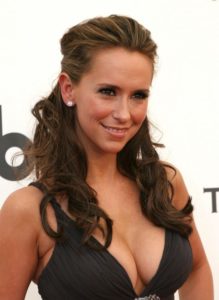 Shortly after the end of Party of Five, Hewitt reprised her role as Sarah Reeves Merrin in the spin-off, Time of Your Life. Premiered on the Fox Network in October 1999, it also starred actors Gina Ravera, Pauley Perrette and Jennifer Garner. Set in New York City, it followed the life of Merrin as she attempts to locate her biological father, all while trying to learn more about her biological mother’s life prior to her birth. Produced in part by the actress herself, Time of Your Life continued for nineteen episodes prior to being put on an indefinite hiatus by the network due to low ratings; although it eventually resurfaced on Fox’s summer schedule, it was ultimately cancelled in the summer of 2000.

During the same time as the airing of Party of Five, Hewitt also starred in a well-received slasher film called I Know What You Did Last Summer. Based loosely on the 1973 non-fiction book of the same title, it starred Freddie Prinze, Jr., Sarah Michelle Gellar, Ryan Phillipe and Hewitt in the main roles. Released in October 1997, it followed the lives of four friends, who after drifting apart, find themselves being targeted by a hook-weidling killer. Although I Know What You Did Last Summer was met with mixed reviews upon hitting the screens, it was a commercial success at the box office, having grossed over $125 million worldwide. Often referenced and even parodied in popular culture, it also won several awards including an ASCAP Award for “Top Box Office Films.” Applauded for her performance in the slasher, Hewitt also received a Blockbuster Entertainment Awards for “Favourite Female Newcomer”.

Popular amongst horror fans, the film later went on to produce a sequel, I Still Know What You Did Last Summer the following year. Filmed in California and Mexico, it reunited most of the original actors, and also welcomed Matthew Settle, Jennifer Esposito, Brandy and Mekhi Phifer into the cast. Set after the events of the first film, it revolved around the two survivors Ray and Julie, who once again finds themselves being hunted by a murderous fisherman, along with their friends. While it did not replicate the same caliber of success as the original slasher film at the box office, it was still successful at grossing over $84 million. Panned for being predictable, it received mainly negative reviews from critics. Despite the criticism that it garnered, I Still Know What You Did Last Summer earned Hewitt a Blockbuster Entertainment Award for “Favourite Actress in a Horror” and a Teen Choice Award for “Choice Movie Actress.”

Throughout the early 2000’s, Hewitt appeared in a handful of smaller roles including those in All That (2002), American Dreams (2004), In the Game (2004) and A Christmas Carol (2004). It wasn’t until 2005 that she returned to the spotlight with a lead role in the CBS supernatural series, Ghost Whisperer. Originally released in September of that year, it centred around a woman named Melinda Gordaon, who has the unique ability to see and speak with ghosts; despite her “powers,” she attempts to live as normally as possible, working at her antique store. Other than Hewitt, who played the role of Melinda, actors David Conrad, Aisha Tyler, Camryn Manheim, Jay Mohr and Christoph Sanders also starred in the series. Nominated for an Emmy Award in 2006, Ghost Whisperer continued for over a hundred episodes, prior to being cancelled by CBS due to low viewershipー however, not before earning the actress three Saturn Awards for “Best Actress on Television”, amongst countless nominations.

What has Jennifer Love Hewitt Been Up to Recently?

Looking at her recent projects, you probably noticed that she hasn’t appeared in many films or television series as of late; don’t worry, she hasn’t retired from the show business just yet, the fact is, she just welcomed a baby boy into the family named Atticus in June 2015. Her second child with husband Brian Hallisay, whom she met on the set of The Client List, the couple also have a daughter named Autumn who was born in 2013. Just recently this May, the 37 year old actress was seen embracing her post-pregnancy curves in jeans and a t-shirt.

Despite her recent absence from the show biz however, it was announced a while back that she would be directing and producing three original Hallmark films sometime in the upcoming year.