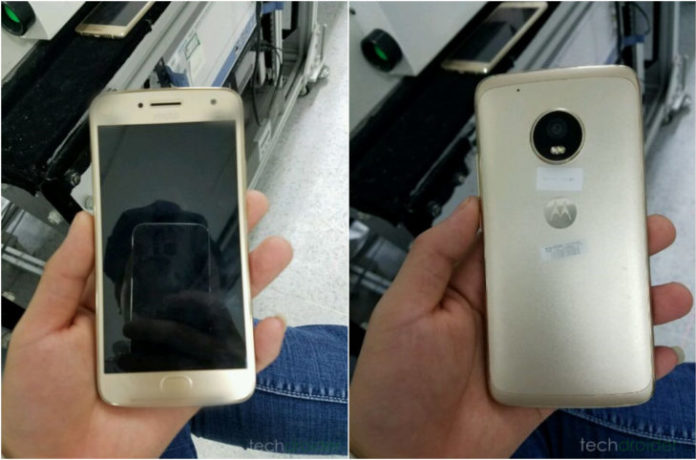 The Moto X and Moto G4 were released earlier this year but one of Motorola’s popular phones, the Moto X, has not returned with a new version. The Moto Z, which was first believed to be the replacement of the Moto X series, was recently released but it was confirmed by the company that the phones would not replace the Moto X.

The news confirmed that the Moto Z was a separate series and that we would probably see a Moto X announcement sometime later. It’s been over a year since Motorola released a number of Moto X phones but fans have been waiting since Lenovo mentioned that the series is alive.

Earlier today, a series of images show what appear to be a new Motorola smartphone. These images are said to be of the Moto X (2017). But other reports are also saying that these images could be of a new Moto Z. This makes sense as the phone has a camera similar to the one on the Moto Z. The only difference from the other Moto Z phones is that the back of this phone does not have any pins, which are used for the Moto Mods.

The images from Slashleaks also show that the phone has a metal body with no fingerprint scanner on the back. The phone does have a home button, which could have the fingerprint scanner. The Moto Z phones come with Moto Mods, which are easily added on to the phones using integrated magnets. Lenovo recently said that there would be at least 12 Moto Mods per year. One of the main features of the Moto Z are the Moto Mods, so many believe that this is probably not a new version of the phone.

The Moto X was released in different versions last year, with the newest being the Motorola Moto X Force, which has a nearly unbreakable display. Nothing has been confirmed by Lenovo but this is another leak of the Moto X in recent months.

The Moto X will probably be released next year and while no one knows an exact date or if the company is really working on a new one for the series, users of the latest Moto X phones will at least receive the Android 7.0 Nougat update. A few weeks ago, Motorola released a list of all the phones that would receive the update in the next few months and it included last year’s Moto X.