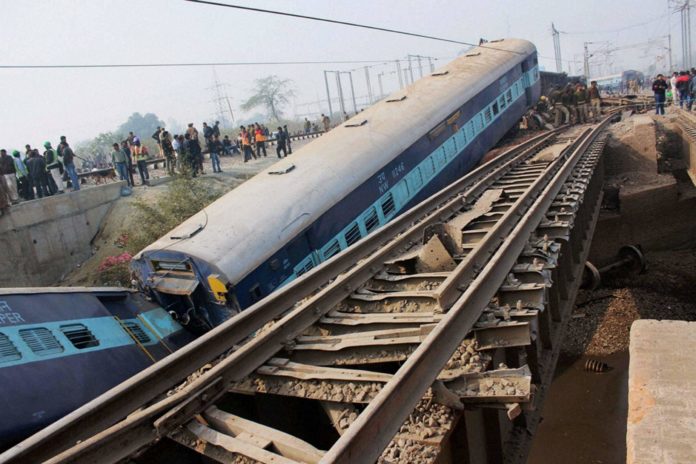 A train has derailed in the Uttar Pradesh state, injuring at least 50 people, according to railway officials. The train derailed on Wednesday morning, sending fifteen carriages off the tracks.

The train was carrying hundreds of passengers when it derailed but officials have confirmed that they have all been rescued. At least 50 people were injured, with two of them seriously injured, according to a railway spokesperson. A police official in the area said after the accident that two people had lost their lives but the railway spokesperson later said that there were no casualties and that 53 people had been injured.

The accident today is the third in recent months, raising concerns that the railway and equipment are not in good condition. Trains are one of the most used transportation systems in the country, with thousands using them each day. It is the second train accident in the last two months. In November, 142 people lost their lives in a train accident near the city of Kanpur, the same area where the train derailed today.

Authorities did not say what caused the accident but an investigation has been ordered. The accident happened as the carriages were crossing a bridge. Those who saw the accident told reporters that there was fog in the area when it happened. In pictures taken after the accident, carriages are seen out of the tracks, including one that fell to its side.

The train accident last month was one of the deadliest in the country since 2010. The recent accidents have raised concerns about the condition and investment of this transportation system. In 2015, the government announced that it would invest billions on the train transportation system over five years. The plan is to install modern equipment and expand the railways. But India’s underfunded rail network continues to have a poor safety record, despite being one of the world’s largest.

India, the second most populous country in the world, has more than 7,000 train stations. Thousands use this transportation system every day as it is one of the fastest, comfortable and affordable options to move across the country.

Authorities have now ordered an investigation to find out what really happened. Other reports are now saying that there are at least 60 people injured. The Railway Ministry has also confirmed that no deaths have been reported.