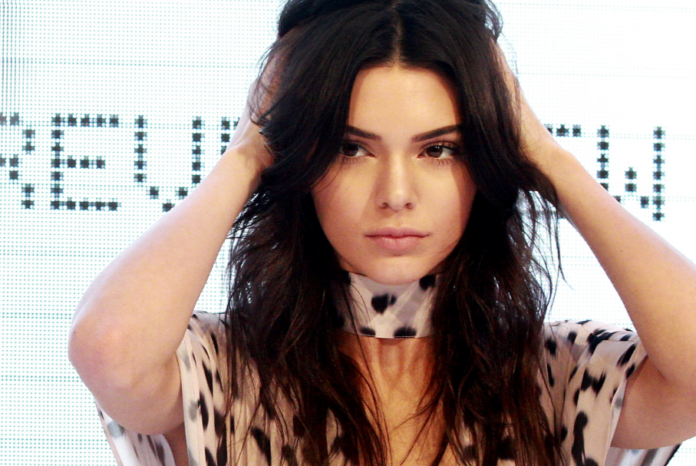 jeKendall Jenner is one of the famous sisters you might know from “Keeping Up With the Kardashians.” Even though you know her from the reality television show, there are probably a lot of things you do not know about this young star in the entertainment world. One of which is she has a huge social media following on sites like Instagram and Snapchat. Before we get into some info about her Snapchat account let’s get a little background on the superstar herself.

Kendall was born on November 3, 1995 to both Kris Jenner and Bruce Jenner in Los Angeles, California. Kendall has a total of 9 siblings including sister Kylie Jenner, and half-sisters Khloe Kardashian, Kim Kardashian, Robert Kardashian, and Kourtney Kardashian. Kendall also has a few half-siblings from Bruce Jenner and his first wife, so her family ties are pretty big considering her mother and father both had children previous to getting married.

Kendall first began her entertainment life back in 2007, which is the first year that “Keeping Up With the Kardashians” aired. The show can be found on the E! network, but she was not a main character of the show when it first aired. She was about 11 or 12 when the show first hit the airwaves, but it did not take long for people to become enamored with the second-youngest sibling in the Kardashian-Jenner household. It did not take long for the entertainment business to look at Kendall and realize that she was beautiful, and before long her modeling career took off.

It was back in 2009 when Kendall was signed as a model through Wilhelmina Models. A couple months after she was signed at age 14, she did a photo shoot for her portfolio with Wilhelmina Models. When it came to her first modeling job, it was Forever 21 who took her on for the “Rocker Babes With a Twist” campaign. This was in late 2009 and early 2010 when this campaign was launched. She also managed to land a photo shoot for “Teen Vogue” magazine in April 2010.

The work just kept coming for Kendall, with her walking for Sherri Hill as part of Mercedes-Benz Fashion Week in September 2011. 2011 and 2012 were busy years for Kendall, with her appearing in various magazines including “Flavour Magazine” as well as “Teen Prome” and “American Cheerleader.” November 2012 was a very fun time for Kendall because this is when she started editorial work and joint projects with Russell James, who is a famous Victoria’s Secret photographer. They did a lot of work together and it included Kendall being in “Miss Vogue Australia.” Kendall ended up signing with The Society Management in November 2013, which happened after working with James and Adam Franzino. These two men helped Kendall change her fashion direction and land her in more adult projects and roles.

The first project she had with Society Management included walking for Chanel, Giles Deacon, Donna Karan, Marc Jacobs, and Givenchy. These are all very popular and hot names in the fashion world. She also walked for Tommy Hilfiger, Fendi, and Dolce & Gabbana. In 2014, Kendall worked with Chanel at two events including one that was a feminist-themed event. This event included some of the biggest names in modeling such as Cara Delevingne and Gisele Bundchen. By November 2014, Kendall was named as an official Estee Lauder representative and was given the title of “It Girl of the Season” by Katie Grand, who is an editor at LOVE.

Kendall also saw a lot of work in 2015, with her walking for Donna Karan, Alexander Wang, Chanel, Vera Wang, Givenchy, Ports 1961, Michael Kors, Oscar de la Renta, and Fendi. She also walked during the Victoria’s Secret Fashion Show and did campaigns for H&M and Balmain. She also shot a lot of cover photo shoots in 2015, including for LOVE, Harper’s Bazaar, Marie Claire Indonesia, GQ, Vogue China, and Vogue in Japan, America, and France. Kendall also did a campaign for Rock the Vote/Independent Journal Review. In March 2015, Kendall signed a contract to work with Calvin Klein Jeans and then in May, she signed with Penshoppe. 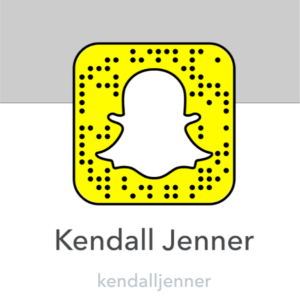 What is Kendall Jenners Kik Username or Code – As of 2017 she doesn’t have a kik account. Any usernames or codes you see online are not real.