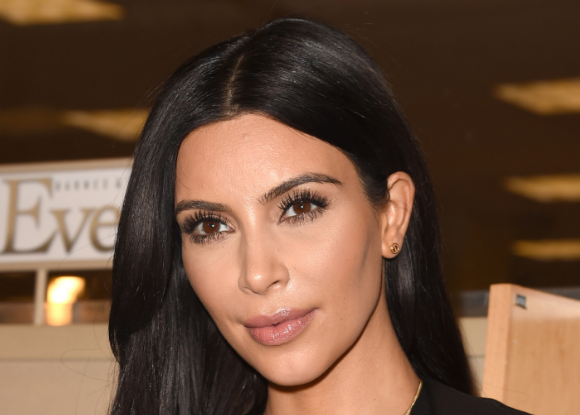 Kim Kardashian is a famous entrepreneur, socialite, social media star, reality television star, and also is a model.  Kim was born on October 21, 1980 in Los Angeles, California. Kim is the daughter of the famous lawyer Robert Kardashian, who was the defense lawyer who famously defended O.J. Simpson during his double-murder trial back in the 1990s. Robert ended up dying of cancer back in 2003, and her stepfather was Olympic athlete Bruce Jenner.

How Kim Kardashian Got Famous

Kim first made waves in the entertainment industry as a friend of socialite Paris Hilton, but it was not until 2007 she became super famous overnight. In 2007, a sex tape was released that featured Kim and then-boyfriend Ray J, which was filmed a few years earlier in 2003. Kim ended up suing Vivid Entertainment, which released the sex tape, and settled the lawsuit for $5 million.

That sex tape became so famous that it led to her and her entire family getting a reality television deal, which featured Kim, her other sisters, and mom Kris Jenner along with Bruce. The reality television series “Keeping Up With the Kardashians” aired on E! and it was not long before Kim began her rise to becoming a household name and internet superstar.

Kim has done many different business ventures through the years, such as television commercials, campaigns, and has made various products such as clothing and fragrances. Some of her business ventures were just her own deals, such as her fragrance collection, while other things like her clothing was a joint venture with her sisters Khloe and Kourtney. Kim also appeared nude in the December 2007 issue of Playboy, and in 2008 she was part of the hit show “Dancing with the Stars.” She has made a music video for fun, while also has been in some music videos. Kim has appeared in movies such as “Disaster Movie” and also has appeared in many shows through the years, including “Two Broke Girls” and “CSI:NY.”

Kim has appeared on many different magazine covers, has done many photo shoots such as for “Vogue” and has modeled various types of clothing. In 2014, Kim released a mobile game for iOS called “Kim Kardashian: Hollywood” which ended up becoming one of the highest earning games on Apple’s App Store. Just in the first five days it was released, the mobile game earned $1.6 million, which is pretty amazing for a free game that only has in-app purchases.

Kim has also been in a few different marriages throughout her young life. The first marriage she was involved in was with a music producer named Damon Thomas. She was married to Damon from 2000 until 2004. In 2011, after a short engagement, Kim got married to NBA superstar Kris Humphries. This marriage only lasted 72 days though, with a lot of people believing it was just a media stunt. Kim’s third marriage, which is the one you probably have heard about, is to music producer and rapper Kayne West. Kim began dating Kayne back in 2012, even though she was legally still married to Humphries. Kim ended up getting pregnant with Kayne at the end of 2012, and had his baby in June 2013. Kim ended up getting engaged to Kayne back in October 2013, but they did not get married until May 2014. 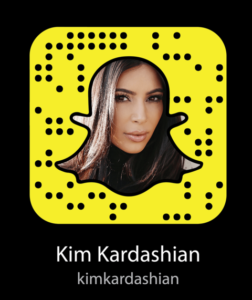 If you would like to add Kim onto your Snapchat account you can do so by clicking here.

What is Kim Kardashians Kik Username or Code- As of 2017, Kim does not have a Kik account. We will definitely let you know if she decides to open a Kik account. So if you notice any user on Kik claming to be Kim, you are looking at a fan account or a fake account that is not hers.