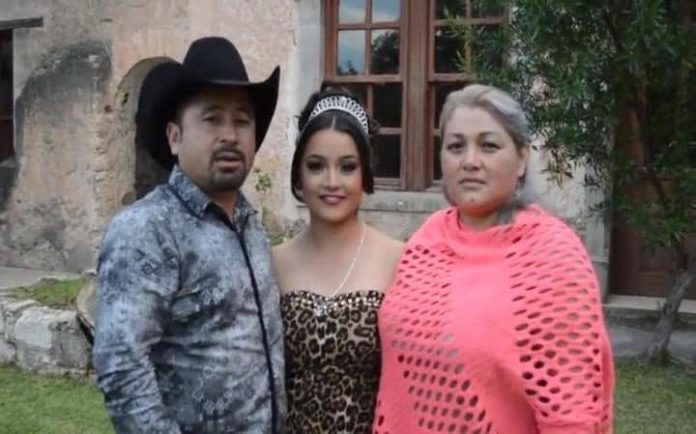 Family and friends are usually the ones who attend a birthday party. But one man in Mexico has invited everyone. That’s not all, millions of people have actually responded to the invitation.

It all began when a local photographer posted a video of the 15th birthday party on his Facebook page. The local photographer uses the page to announce events in the area but the video quickly appeared on YouTube, where millions of people have watched. The video, in which the father, daughter and mother appear, ends with the man saying that everyone is cordially invited.

During the video, the man says there will be bands playing music and a horse race with a prize of 10,000 pesos ($491). The mother spoke with a local television station and said that her husband had made the invitation but to people who live in nearby regions. The invitation ended up being for millions of people as they responded after the video appeared on YouTube. The video sharing website not only has the video of the original invitation but also plenty more from those who have created songs and funny videos.

A quinceañera is an important tradition for many young Latin American women. The video, recorded by the family earlier this month, has turned what was supposed to be a birthday party with people from nearby regions into a party that millions of people have said they will attend. The invitation has also caught the attention of authorities, who are now preparing for the event.

The 15th birthday party, which will be on December 26, will also be attended by authorities of San Luis Potosi. They have announced extra security measures for the event, which went from a birthday party to an event that more than one million people want to attend. After seeing the invitation all over the Internet, the man decided to change things and invite just family and friends. But he later decided to invite everyone again.

Authorities will be sent to the area to keep everyone safe during the 15th birthday party. State congressman Roberto Segovia recently said that they are contacting the family and authorities to provide security in the area.

The birthday party is still two weeks away but videos and pictures about the party have continued to appear on the Internet. Singers have also created songs about the birthday party. The airline Interjet is even offering 30 percent discounts on flights to the state of San Luis Potosi, where the party will take place.

A quinceañera party is usually attended by just family and friends but this could be an even bigger event than what the parents and daughter imagined.