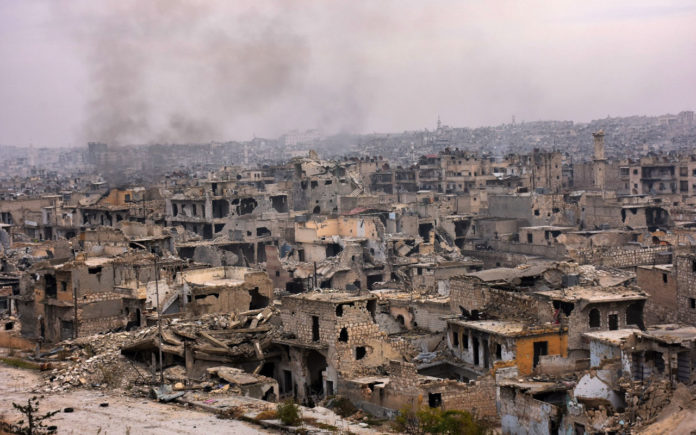 Yesterday, a deal between the rebels and the government was reached to allow them to leave the city. The deal would also allow residents to be evacuated from the area but the agreement only lasted a few hours as airstrikes began striking eastern Aleppo.

On Wednesday, the ceasefire for eastern Aleppo ended less than a day after it was announced. The area, where thousands of civilians remain trapped, has seen a number of clashes between the rebels and government forces in recent weeks.

Just minutes ago, rebels announced that the agreement to evacuate the area was back on and would begin soon. The new ceasefire deal will allow people to leave eastern Aleppo, which had been under control of the rebels. Earlier today, Syrian government forces began attacking the last areas held by the rebels, raising fears that the deal was over and that residents would not be able to leave.

Vitaly Churkin, Russia’s ambassador to the United Nations, said yesterday that all military action there had stopped. Aleppo, Syria’s largest city, has been divided during the clashes, with government forces controlling the west and rebels controlling the east. Government forces recently took back some of the areas but rebels still had control of a few others.

The exact number of people living in eastern Aleppo is not known but estimates say there are still thousands of people there. In some areas, there has been no electricity or water for almost two years.

Evacuations have stopped with the recent news of the deal collapse and airstrikes hitting the area but they could begin soon after rebels said minutes ago that the agreement was back on.

In just one day, the deal between the government and rebels has been suspended and now brought back. The deal announced yesterday would allow the rebels to leave the city. Thousands of residents still remain in eastern Aleppo as they wait for evacuations again. Many of them have not been able to leave the area because of the clashes between government forces and rebels in the area.

The battle for Aleppo, which began four years ago, appeared to have ended yesterday but the ceasefire collapsed just hours later. A new ceasefire deal is now being reported, with organizations waiting to help residents, who could be evacuated in the next few hours.

Yesterday, France requested an emergency meeting of the UN Security Council to address the situation in Aleppo. The Eiffel Tower will also switch off the lights later today in solidarity with Aleppo. Qatar has cancelled its national day celebrations to show solidarity with the people of Aleppo.