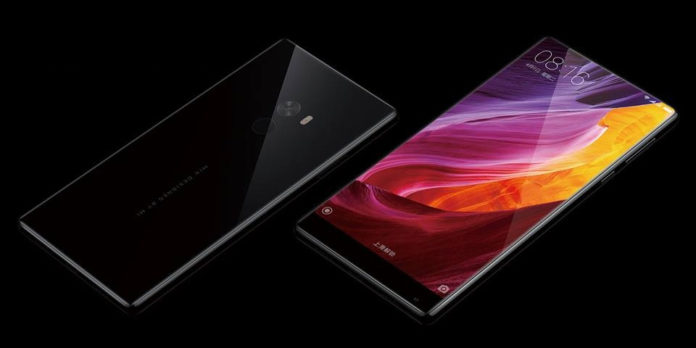 The Mi Mix, one of Xiaomi’s most impressive releases this year, will soon get the Android 7.0 Nougat update. The Mi 5, released earlier this year, has already received the update and Xiaomi has now confirmed its other phones that will receive the update in the future.

Xiaomi has not only revealed that the Mi Mix will receive the update for the latest version of Android but also that the phone is next in line, which means users will soon be able to try all the new features and improvements that this version brings.

An exact release date for the update has not been revealed but it’s rumored that it will happen soon. The Xiaomi Mi Mix, released in November, will be the second phone of the company to have Android 7.0 Nougat. The update won’t be released for all users right away, it will be first be available as beta, which means that only a few will get to test it through the beta program. A number of phones from other companies have already received the update while a few others come with this version of Android. The Xiaomi Mi 5 received the update earlier this month.

The Xiaomi Mi Mix has set new records for the company since November. The first sale ended after ten seconds and the second ended after 30 seconds. The phones quickly sold out and while nothing has been revealed about the third sale, they probably sold out like in the first two.

The success of the phone is not surprising as it is only one of the few that has an edge to edge display. The price isn’t as low as some of the other phones the company sells but it is still very good as the specs and amazing display make it a must buy for many. The Xiaomi Mi Mix is currently available in China and those who have one, will soon get to have the latest version of Android on their phone.