X Factor isn’t just a television show – it also creates new pop stars. Ally Brooke got her new start on the second season of the popular tv show in 2012. She formed a group with 4 of the other female contestants, and they are still going strong as of 2017 even though one of the founding members, Camila Cabello, has left the group.

How Ally Brooke Got Famous 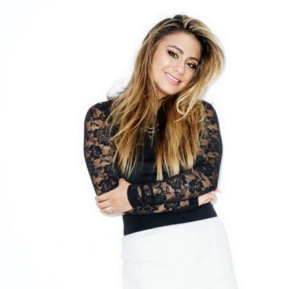 She was born Allyson Brooke Hernandez on July 7th, 1993. She had a memorable audition for the X-Factor show that was written up in the Huffington Post. Ally Brooke sang a religious song by Jaci Velasquez called “On My Knees.” Since she was able to impress the notoriously hard to please Simon Cowell, as well as other judges Britney Spears, Demi Lovato, and L.A. Reid, she was accepted for the show and sent to boot camp. Ally was eliminated after her second round in boot camp but was given a second chance when they offered to let her form a five-girl group with other contestants.This group became known as Fifth Harmony. They placed third on the show, but even so, they were signed to Syco Music label, which is owned by Simon Cowell, as well as Epic Records.

Along with Fifth Harmony, Ally Brooke has made quite a career for herself. Even after the record deal, Ally and her band started simply by recording cover songs to put on YouTube. They made it to number six on the Billboard 200 with their first EP called Better Together. The hit single Miss Movin’ On made X Factor history by being the highest charting single by a former contestant, and it was also nominated for a Teen Choice Award. Ally Brooke and Fifth Harmony toured across the United States, performing at shopping malls at first before moving on to larger venues such as Madison Square Garden. In 2013, the group sang their hit song Better Together at the American Music Awards.
In 2015, they came out with their first full-length studio album called Reflection. The second single that they released, Sledgehammer, was actually written by Meghan Trainor. The famous name behind the song paid off – the single was certified platinum. The most memorable song from the album is Worth It, which made it all the way up to number 12 on the Billboard Hot 100. That single was performed on Jimmy Kimmel Live in the summer of 2015, as well as the MTV Europe Music Awards. In 2016, Ally Brooke and Fifth Harmony released their second album called 7/27, which is the day that the group first formed. Later that year, the group lost a bandmate- Camila Cabello. They continued without her, performing at the 2017 People’s Choice Awards. According to a January 2017 article, Tiger Beat says that Ally is also spending some time recording a solo album. 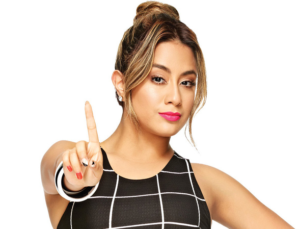 Along with the other members of Fifth Harmony, Ally Brooke supports many different organizations that focus on youth empowerment and underprivileged teenagers. Some of the organizations include the Girl Scouts of America, which Fifth Harmony helped by performing free concerts for the members. They also joined forces with the Ryan Seacrest Foundation to visit sick kids at the Children’s Hospital of Los Angeles. Some of their niche causes include responsibility on social media, cyber bullying, and self-esteem. The latter they promoted in conjunction with Do Something using their single Boss, which Ally Brooke says is about “owning and sharing what makes you confident and strong.” 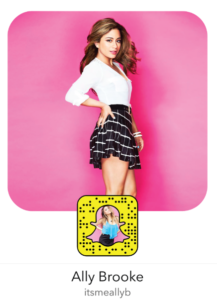 You can find Ally Brooke’s official Facebook page here. She posts to her fans regularly with both personal and professional pictures as well as shared content from other pages. Ally’s fans seem to enjoy posting drawings and other fan art in the comments of the Facebook posts. Ally Brooke has 537,448 followers on Facebook. It does not appear like Ally has a personal Facebook profile that is open to the public.

Just click here to find Ally Brooke on Instagram, where her username is allybrookeofficial. Ally has many promotional pictures up, as well as a Martin Luther King quote, a photo of Michelle and Barack Obama, and a text photo supporting the Women’s March the day following the 2017 Inauguration.

Ally Brooke is much more interactive on Twitter. She has 1.9 million followers, and she retweets selfies that fans send her. She also posts inspirational quotes for her fans such as “YOU’RE A FREAKIN WARRIOR! Don’t forget it!” You can follow her here, or by searching her username AllyBrooke.

What is Ally Brooke’s Kik Username or Code?
It does not look like Ally Brooke has a public Kik account.

You can find Ally Brooke’s official Youtube channel here. It is rarely updated, but you can find some beautiful live performances, as well as an original song called With You that is just Ally and her guitar in her room.