Customer Finds One of World’s Deadliest Scorpions In Amazon Box 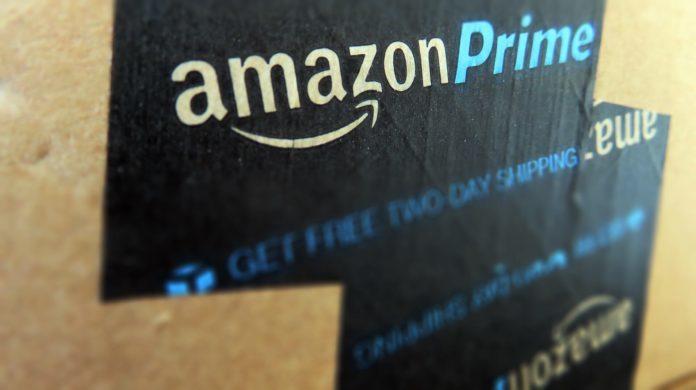 Thousands of people order on Amazon every day and while the majority receive what they selected through the website, a family was surprised to see that their box had more than the backpack they ordered.

Natasha Jones, the Amazon customer who ordered the backpack, found a scorpion in the Amazon box. She was going to throw away the box when she noticed that there was an animal inside.

The backpack that Natasha and her fiance Matt Strange ordered on Amazon arrived quickly as it was ordered through the Prime service but they weren’t expecting one of the deadliest scorpions in the world to be inside the box. The scorpion is believed to have crawled in the package way before it was sent to the customer as it was not alive at the time it was found.

The backpack, which was ordered through Amazon Prime, arrived on the same day but they didn’t notice the animal was there until Tuesday morning, when Natasha began breaking the box to throw it away. Matt says they were watching TV at the time the backpack arrived and that it was dark, so they opened the package with the lights off. He says he was going to work later, so he put the backpack on the kitchen and the packaging on the side without looking at it.

The couple believes the backpack was from Asia as it had ‘Asian’ writing on the information found on the product. Matt says the scorpion probably crawled in there and died a while back. The scorpion found in the box is missing its stinger, which makes it difficult for experts to identify where it’s from. Paul Hetherington of the Buglife conservation group said it is almost certainly of tropical origin and because it is missing part of the tail, it is impossible to identify. He added that the scorpion is small, which means it is more poisonous.

It isn’t the first time that an Amazon customer has found something else in their package. In March 2016, an Amazon customer found four live mice and three dead ones inside the packaging. According to an Amazon spokesperson, the company has apologized to the customer and are investigating.